Yet more greenstuff has gone into the Bee Knight, with a smidge more progress. I've now repaired the damage from all the cutting, primarily filling in the gap at the Knight's waist.

I've also created a protective veil to his beekeeping hat that I'm relatively satisfied with. What you now see is the third attempt to make this, the previous two having got me very frustrated and were subsequently discarded. 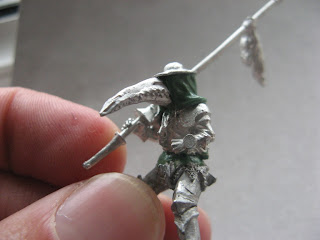 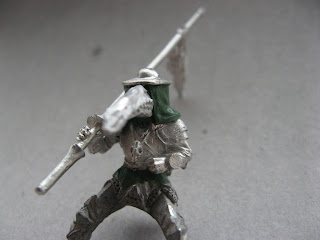 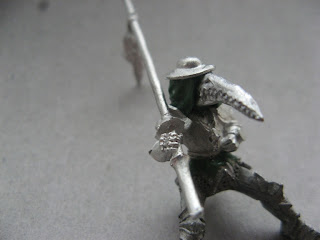 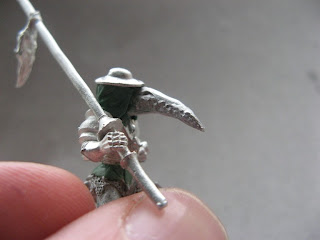 With the addition of the lance, the Knight is really coming together. A suitable shield and he'll have a bit more weight to him, but I quite like the skinny look he's got compared to the more traditional bulk Chaos Knights tend to have.

Here's what he looks like perched atop his mount: 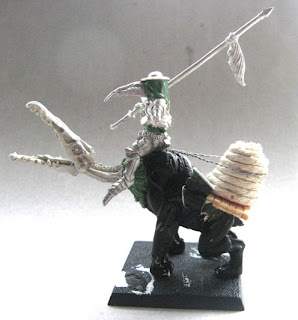 I'm looking forward to painting him as I plan to use some nice bright Tzeentchy colours. At the moment he looks a bit drab and monochrome don't you think?!

The last part of the conversion is to make him a nice looking saddle. I'm considering adding some sort of leering chaotic faces to really make it old school. Hopefully I'll be able to show you how I got on if it's successful!
Posted by axiom at 15:37