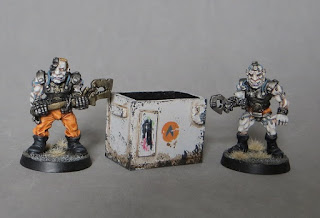 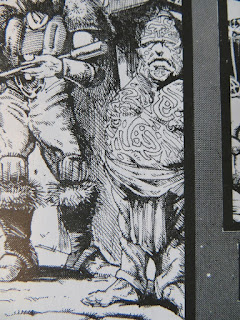 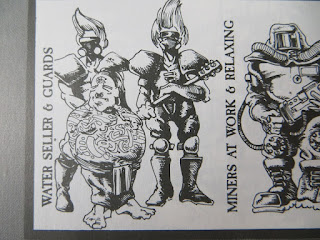 I managed to find time to paint up another member of my Maniac Helsreach Mercenary gang this week - this time in the form of some heavy firepower.
RT era human models with heavy weapons are almost exclusively of the 'shoulder-mounted' school of design, but there is a nice Vasquez-style female Imperial Guard who totes a rather nice underslung heavy weapon:﻿ 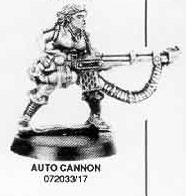 Of course, "Auto Cannon" didn't have quite the right look for my Maniacs, so I rectified that by giving her a head swap from Venus Bluegenes from the Citadel Rogue Trooper range. A little bit of resculpting to the neck and back-pack, and she's good to go.
﻿ 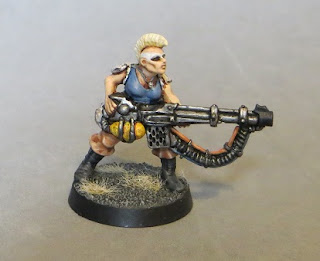