It's high time I devoted some column inches to Blood Bowl (still my favourite GW game). I play Blood Bowl more frequently that any other game, and started in a new season with the Nottingham Blood Bowl League a week or two back.

I'm using the Slann team for the first time since a couple of very frustrating games back in 2011 when I built the team. Following last Wednesday evening's game I was able to buy myself a new player for the squad with my winnings; I settled on a third Catcher.

When I originally built the team, I picked up a selection of 11 old WHFB Slann and did a few weapon snips and minor modifications. The Catchers were a bit more dynamic, with leaping and jumping poses as befits their in-game rules. In anticipation of needing a new player, I had acquired some additional Slann just for this very purpose. The new Catcher was donated to the cause by Asslessman over at Leadplague (thanks JB - hope you don't mind the heretical use I've put him to!). 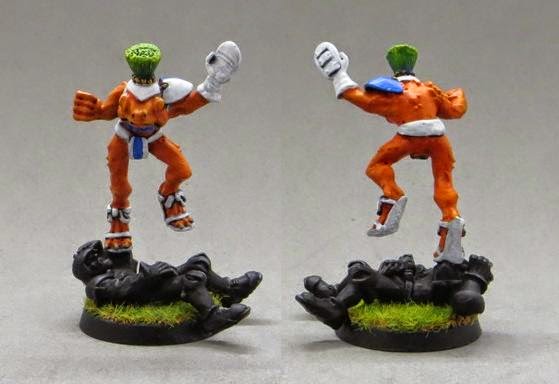 Ian Miller is intrinsically linked with the early art of Games Workshop. His iconic and often disturbing images set the tone for many Games Workshop publications, including Rogue Trader and Realm of Chaos: Slaves to Darkness. Ian has long since left his work with Games Workshop behind, and is a respected and well-recognised artist outside of the sci-fantasy genre.

Six months or so ago, my friend Graham Apperley got in touch with Ian and arranged to buy a few pieces of GW artwork. I had always assumed Ian Miller's pieces were well out of my price range, but when I was given the opportunity to buy the sheet below, I jumped at the chance:


What you are looking at is an A3 sheet of concept sketches for "Hive Gang Scavvies" by Ian, drawn in 1989.

Having announced yesterday that Lasgunpacker was the winner of the giveaway Brat competition, I spent some time yesterday evening thinking about the model.

The key elements of the figure's pose as specified by Lasgunpacker were:

I knew I also wanted to do some work on the the hair and give the Brat a hairstyle I hadn't done on any of my previous Brat gangers.

I started to think about the concept behind the model, and it occurred to me that if this Brat is carrying a bag, he's likely to be on some sort of mission; perhaps he's a courier of vital messages that cannot be trusted via usual routes. With that in mind, I decided I wanted him to be a little bit meaner and not quite as overtly flamboyant as some of the Brat's I've made to date.

I rummaged around in my bitz box and pulled out a selection of likely looking parts. My first step was to remove the crest of hair above the top of the Brat's skull. I sourced a nice chainsword arm from an old Eldar Harlequin, and a bag which I think might have come from Gorkamorka muties. A pointing gloved hand from yet another Harlequin and a couple of hours of greenstuffing later, this was the result:

The bulk of any Guilder's force is usually made up of a rag-tag group of hired guns. Mercenaries can often boast an impressive arsenal and wide range of combat experience. Their very presence can disuade gangs from considering attacks on warehouses or transports. However hired guns have practically zero loyalty; many a Guilder has been fatally exposed when a fire-fight proves to hot for his hired muscle and they melt into the shadows to seek less risky employment.

Manu Loat is just such an individual...currently in the employ of Guilder Yakob Pento:

As I was idly flicking through WD142 (October 1991) last night, I spent a bit of time admiring the GW Leeds store Ultramarines Space Marine army ("modelled and painted by the staff), pictured on the rear cover: 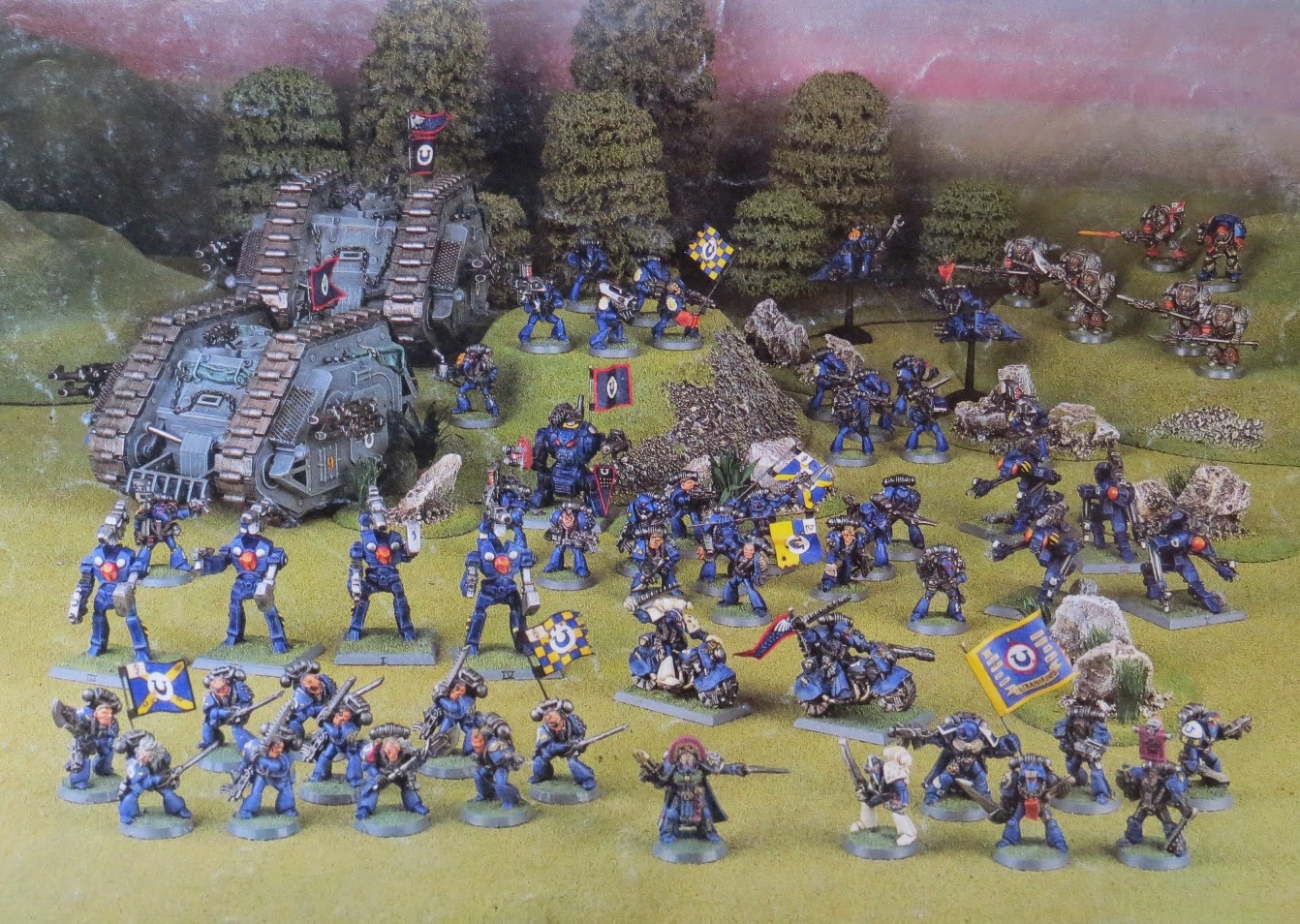 Wouldn't it be great if there was some way to get excited about the wargaming hobby in combination with raising cash for charity?

Well, actually, there is! Over the last 6 months myself and some others have been pulling together a simply amazing pool of prizes for a charity raffle in aid of the international childrens' charity, UNICEF.

We are launching with an initial pool of 15 prizes, with a further 15 being added over the course of the project. Here are just some of the fabulous prizes up for grabs:

Donations are made through JustGiving - the secure charitable donations platform (linked from the Project Alchemy website). Every £1 donated to the project qualifies the donor to receive a raffle ticket to be entered into the draw (i.e. £5 donated = 5 tickets). The donation period runs until 9th November, after which the prize draw will be made.

Something Smells Fishy to Me - Painting a Piscean Warrior

Back in 1987, GW released its Warhammer 40,000 Rogue Trader game. Accompanying the rulebook, a small range of 14 miniatures were released in March 1987. The range included a selection of humans and aliens, including a large, rather odd-looking alien with fishy characteristics; a Piscean Warrior:

I've decided that my Brat gang needs some more opposition. Eventually I will finish off the Guilder gang, and have scavvies and techs waiting in the wings, but Ash Waste Nomads really caught my eye. Over the last couple of months I have acquired the classic Citadel and Marauder nomads from the early 1990s and want my gang to have that look: goggles, respirators, layered clothing and (most importantly) broad-brimmed hats!
Read more »
Posted by axiom at 08:20 8 comments: 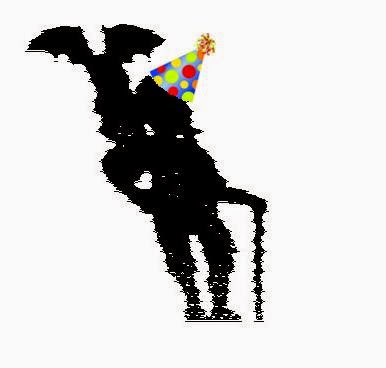 Can you believe it? Magpie and Old Lead is 12 months old today! I started the blog mainly as a focal point and repository for my hobby activities, which had been spread out across several forums. To my surprise, over the past year, the blog has become both a motivator for generating hobby content, and a gateway to other peoples’ hobbies.