I was lucky enough to acquire lovely a pair of buildings recently. What makes these interesting is that they are hardfoam prototypes from the early 2000s, produced by GW when it was looking into the terrain market. They were produced at roughly the same time as some of the terrain that saw release, including the 54mm scale Imperial STC Habitat for Inquisitor. I only have two of the three buildings that were prototyped - the third has a circular tank on the roof.

My buildings appear to have been scratchbuilt from plastic strip, textured plasticard and plastic kits, then cast in hardfoam resin. They came to me ready primed and ready for a splash of paint.

EDIT: Riot pointed out below that the smaller of the two buildings was featured in the pages of the 'How to Make Wargames Terrain' book, published by GW in 2003: 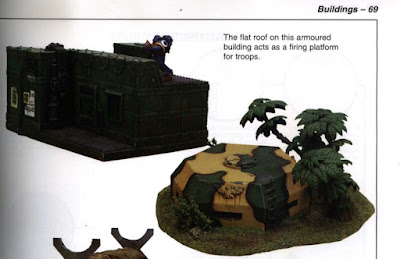 I can't remember exactly when I build my last actual army. I know it was for a tournament in the mid-2000s. I know it was Eldar, and I know it was when the plastic Dire Avengers had just been released. I know this because I built lots of them.

Since then I have focused solely on skirmish level games. Blood Bowl. Necromunda. Inquisimunda. Shadow War Armageddon. I have not desired making or playing with an army in any way shape or form.

But then some of the Oldhammer folks started doing the Old World Army Challenge, and I wondered whether a small army might be feasible. Whether it might be fun. Whether I should actually make one of the armies I've always wanted. At the same time Asslessman over at Leadplague was having similar thoughts. So we made a gentleman's agreement to each build and paint a 40k army over the course of 2018. In fact Asslessman has already made a start with his fabulous chaos squats. Check them out. I on the other hand, will be building a delicate, refined, classical Space Elf force using the Eldritch Raiders list from the Book of the Astronomican. 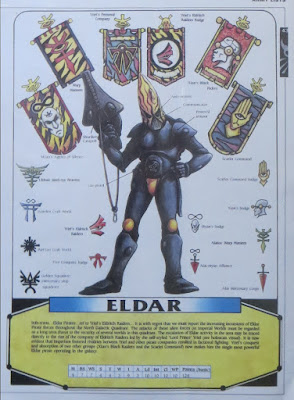 It just so happened that as I was painting my fledgling greenskin force a few months back, I was invited to paint up a few early casts from the current Orc Invaders Kickstarter.

The Orcs, sculpted by the talented Aidan Baxter, are created in the the same vein as Citadel's 1980s early Space Orks, with their ape limbs and mis-matched equipment.
Read more »
Posted by axiom at 09:46 4 comments: