But see, amid the mimic rout,
A crawling shape intrude!
A blood-red thing that writhes from out
The scenic solitude!
It writhes! -it writhes! -with mortal pangs
The mimes become its food,
And seraphs sob at vermin fangs
In human gore imbued. 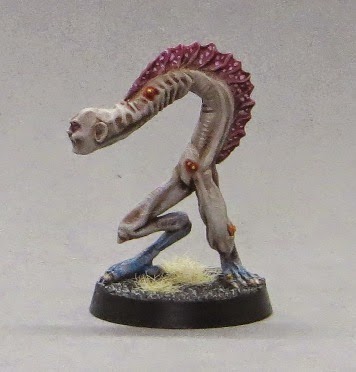 I've been messing around with a few bits and pieces with the intention of creating a nice set of terrain populated by human civilians. The actual board itself is some way off, but I have done some thinking (and modelling) of some of the civilians.

I'm furthest along with a figure that stems from an idea about a trader of exotic alien pets. You'll have seen the trader a couple of posts ago, but here's some of his accompanying scenic elements. 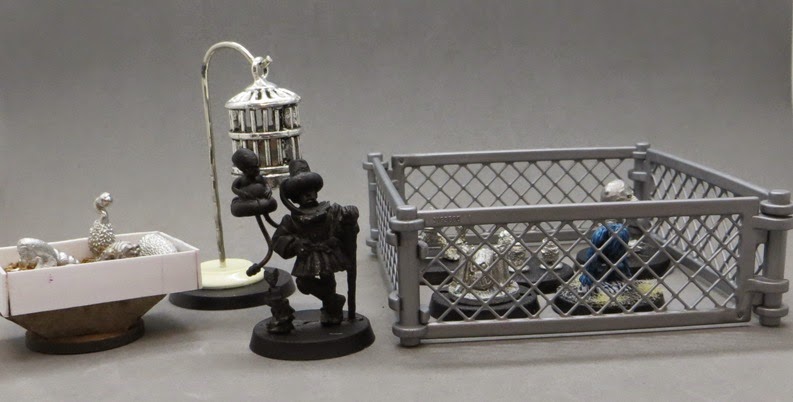 A Tale of Two Baldies - Xenos Merchant and Genestealer Magus

My two lastest figures have a few things in common; they are both aliens, both bald and both have interesting stories behind them.

First up is a figure from the talented hands of Sonny Bundgaard, and was sculpted for the Frothers 2014 sculpting competition: Froth Eisley. Sonny had a small number of his alien merchant sculpt cast up in resin and was kind enough to send me one on the understanding that I would paint it.

The Tip Of the Leadpile

At this very moment, I should be reviewing a rather boring document about recycled aggregates. But as I'm losing the will to live, I've taken a tea break, and took a couple of minutes to take a few pictures of my model cabinet (working in the same room as all my hobby stuff is probably a bad idea!).

I just thought I'd share with you some glimpses of the models which are currently WIP or are at planning stage. I'm sure you'll recognise the odd model or two!

Combat servitors come in all shapes and sizes. Some are living guns, mounted on tracked mobility units. Some retain their human pysique, but arms are replaced by massive servo-driven grabs and clamps and torsos are plated and riveted with metal.

Other servitors have a more esoteric design; Equus, combat servitor of the Ecclesiarchy, is one of these. 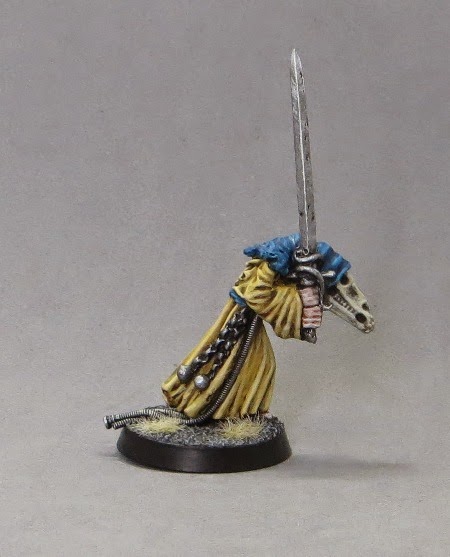 "Call me, call me any, anytime" - Rogue Trader Astropath Yerl

I had planned to paint something else, but when I came to sit down with paints and brush last night, I decided Astropath Korm looked lonely. Plus, it's a known fact that figures look better in pairs!

So Astropath Yerl got put in the frame instead...and here he is: 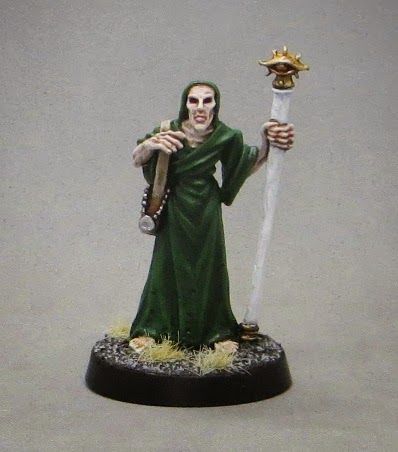 "I've Gotta Get A Message To You" - Rogue Trader Astropath Korm

If you polled a 100 people and asked them which human character type defined Warhammer 40k, I guess most would plump for Space Marines. Some might go for Imperial Guard; others might pick Inquisitors. For me, the key to the Warhammer 40,000 universe is the humble member of the Adeptus Astra Telepathica - more commonly known as Astropaths.


An Astropath will tell you everything you need to know about Age of the Imperium in the 41st Millennium - his or her hooded robe tells epitomises the idea of the Middle Ages in space. You can understand psykers, the risk of daemonic possession, and the Terran-bound Emperor to which they are soul-bound. You get the sense of the vastness and fragility of humankind - a million, million worlds linked by warp-space travel and psychic voices communicating with each other across the void.

Happy New Year to you all! After two weeks without painting, I decided to get back into the swing of things by painting something relatively simple. This pair of figures have been lurking unloved for several months, so I decided to get them off the paint queue and into the cabinet.

Adeptus Arbites Troopers and Proctors are visible deterrents to those who might break the laws of the Imperium. But sometimes a subtler tool is required in law enforcement; a questioning mind, capable of analytical assessment of evidence. Arbites Agents are officials with just those qualities - while Arbites Troopers act as riot police and 'beat cops', Arbite Agents ask questions and gather evidence, 'detectives', if you will!