"How Much Is That Creature In The Window...?"

"...The one with the wiggly pseudopod."
I was in need of painting something that didn't require too much effort, so decided to pull out some of the stock of my WIP Xenos Pet Trader - this time I wanted to complete the creatures intended to go in his little corral.
Read more »
Posted by axiom at 14:49 19 comments:

Call The Police, There's a Madman Around...

I've a game planned in a couple of weeks with my mate Graham. We both agreed to paint up some figures for the the game - he decided to paint some new genestealer cultists, and I plumped for a squad of Adeptus Arbites to oppose them.

The game will be played using Necromunda rules - my Arbites will be led by an Inquisitor and a couple of his companions, aiming to purge the genestealer infestation. For now though, I'll leave you with pictures of the Arbites, painted up over the course of two evenings. 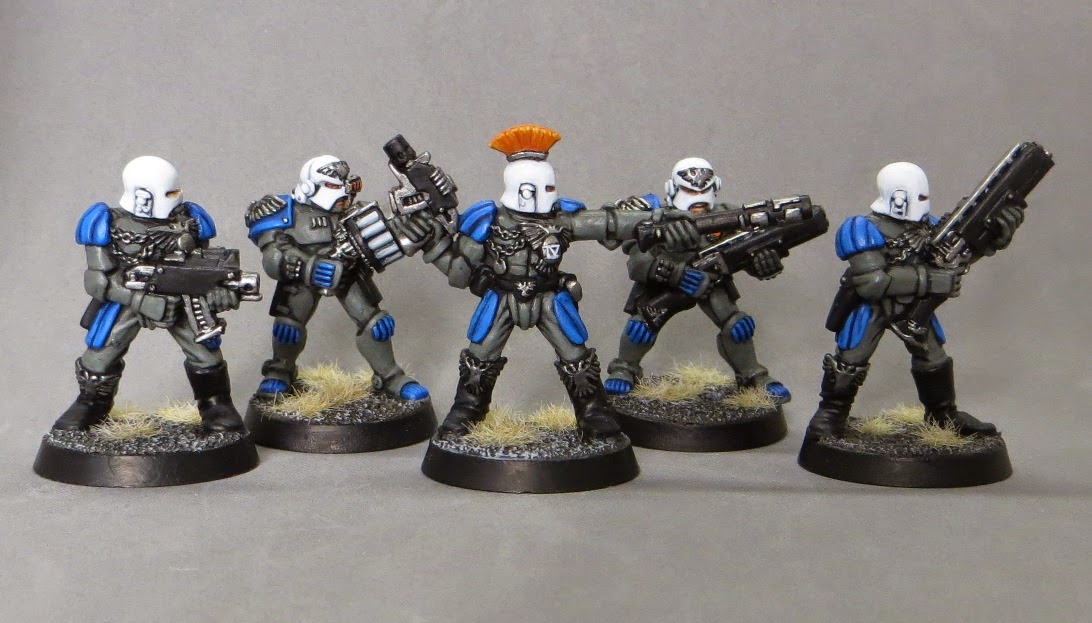 Last week MasterBuilder over at the Ammobunker Inq28 forums proposed a fun project with a very simple premise: pick a movie character and turn them into a 40k figure. I was already thinking about making myself an Eldar Pirate Prince / Corsair character, and this seemed like the perfect excuse!

After a bit of time googling, I had narrowed it down to King Thranduil from The Hobbit films, David Bowie in Labyrinth, and Prince Nuada from Hellboy 2. In the end, Prince Nuada won out, primarily because of his rather Elric-like features. And that's where I started looking for a decent base model; I wanted the figure to be a Citadel elf, but something less recognisable than the main Warhammer and 40k ranges.