Sometimes, very rarely, I buy a model that not only jumps to the top of the painting queue, but also one that demands I paint it immediately.

Over the weekend I received a pack of re-issued Metal Magic Spacelords Adventurers. Doug at EM4 Miniatures has recently been reviving some of the long out of production codes as a little sideline - you can check out what's been re-issued to date over at the Lead Adventure forums. (Note, EM4 carries others in the range in their metal unpainted miniatures line)


The Adventurers set comprises some nice figures, including two bounty hunter or mercenary types, plus a good looking tech figure. But it's the chap on the left that got me excited. Here's the results of my painting session (accompanying the extended action that was Germany v Algeria): 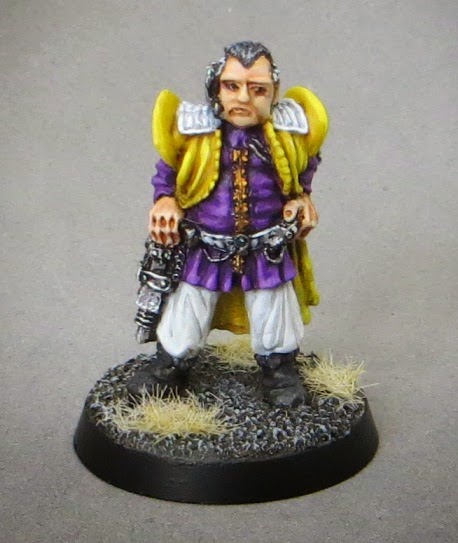 I see this guy as some sort of wealthy trader perhaps. He has enough money to enjoy the finer things in life; fine clothing, jewellery and (as demonstrated by his expansive waistline) plenty of luxery foodstuffs! He's still very much of a hands-on character though, for all his love of the finer things in life. He still carries a pistol and comm-set and is clearly used to taking charge!

The only prep work needed for the figure was a bit of light attention to some very fine mould lines, and removal from the integral solid base with a modelling saw. 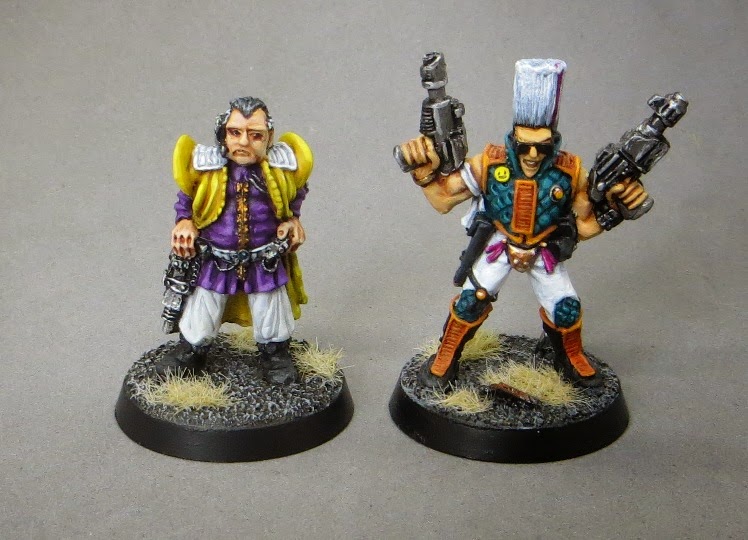 You can see above that he scales relatively well against a contemporary Citadel figure, and that's just as well, as I envisage plenty of use as a character in Necromunda (perhaps dealing with scavvies in the illegal spook racket?!).

If you like this figure, I strongly suggest you check out the other Spacelords available either through EM4, or through the LAF thread. Very useful additions for any RT, Confrontation or similar gaming!