Last night I should have made some progress painting my Bratmobile in preparation for the Bring Out Your Lead whacky races game at the Foundry in a few weeks time. Instead I painted up this chap: 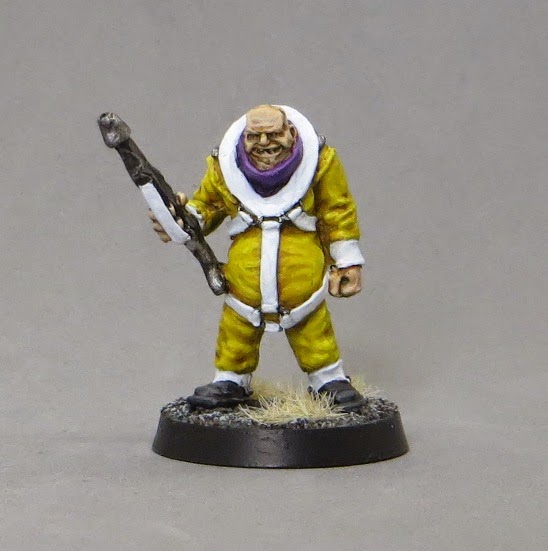 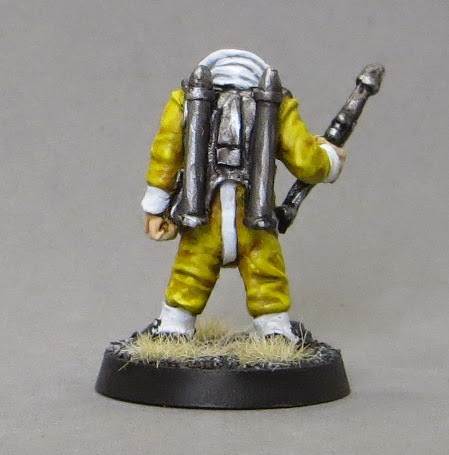 Grigor Klegane is the personal bodyguard of Yakob Pento, Master Trader and key member of the Junction Trading Guild. Klegane doesn't go in for subtlety - his modus operandi is based on his not inconsiderable power and brute force. The mere presence of Klegane looming behind Pento can result in a favourable outcome to trading negotiations!

Here's the Junction Trading Guild as they currently stand:


I have a trio of additional hired guns ready for paint to bulk the band out...but I need to get that Bratmobile painted first! 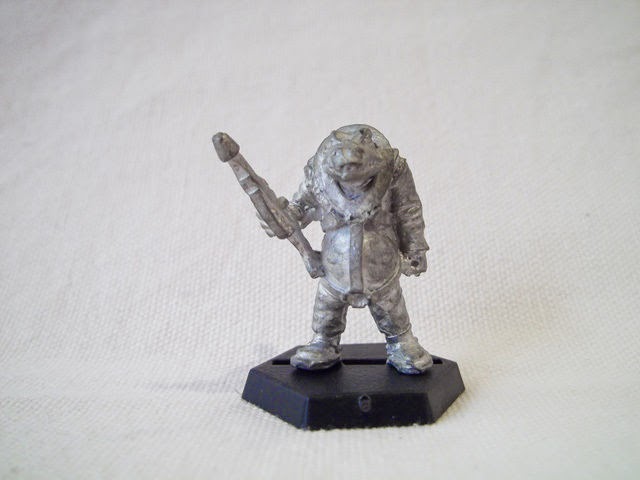 After removing the original head, I replaced it with a head from a more modern Nurgle Champion (donated by Brage97 - thanks Brage!). I then added a very basic collar and covered up the Nurgle symbol on his forehead, both with greenstuff .
﻿ 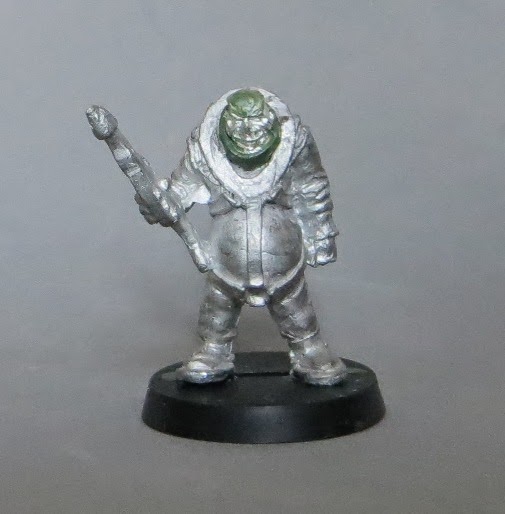