The Biker Brat I converted up for my Brat gang has been languishing unpainted for a couple of months. There were a couple of reasons for this: I had other stuff to work on and I was also a little intimidated by the prospect of painting him.

Anyway, last night I put brush to lead and painted him up (inbetween the odd German goal): 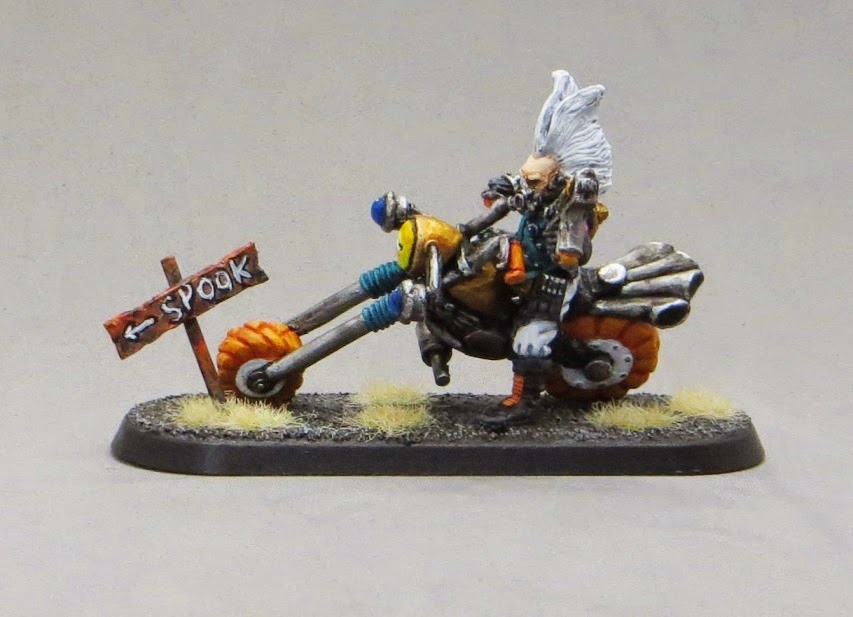 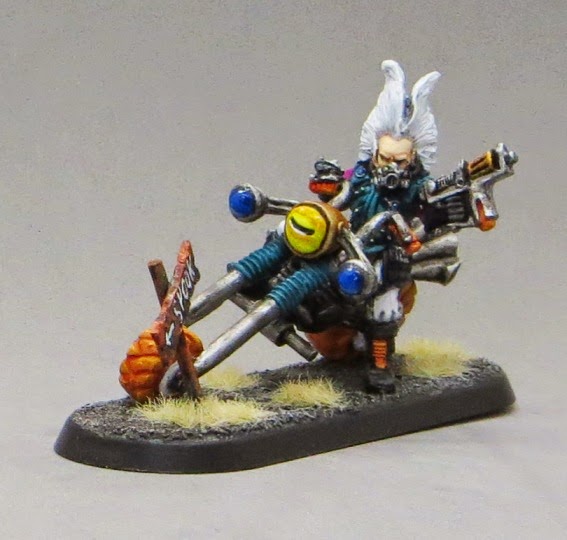 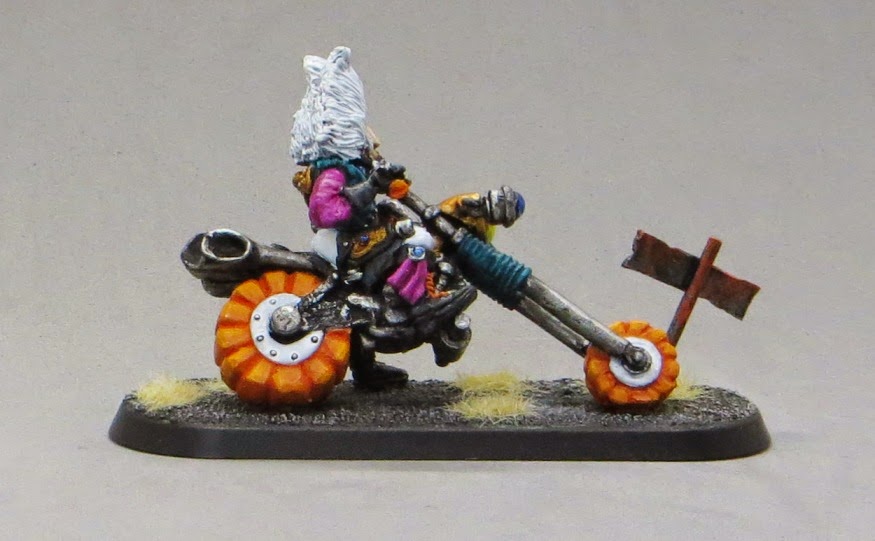 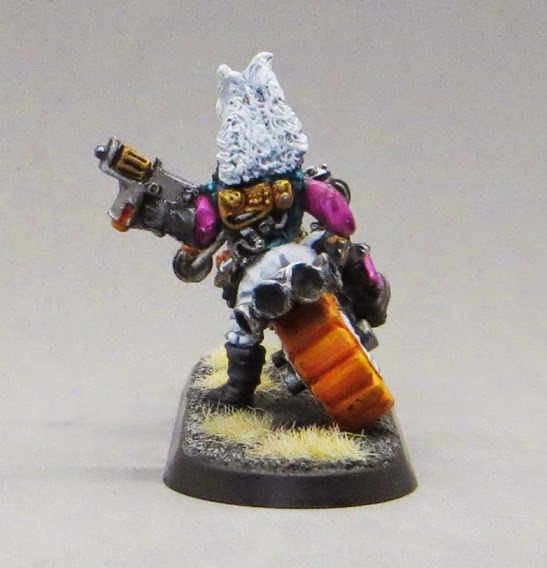 In all honesty, I really struggled painting him up. Last night's painting session was the third attempt at getting him done; the bike has previously been painted green and orange before I settled on gold. The fact that I couldn't remove the rider for painting also caused real problems - I repainted various parts numerous times as I kept catching them with clumsy brushes, and there are parts in the dark recesses of his groin that aren't actually painted apart from whatever black spray from the undercoat reached them.

I also had real issues with the colour positioning - even now I think it is 'too much' when you look at him - maybe I'd have been better going for a more neutral bike colour scheme.