You might think that the right number for a group of miniatures is a squad of 5. Or perhaps it's a regiment of 30. You're wrong of course, I've recently had the realisation that the correct number is 2. This realisation only came to me through two sub-consciously created events:

Event #1
I purchased this Citadel Pilot from the classic 40k Adventurers range: 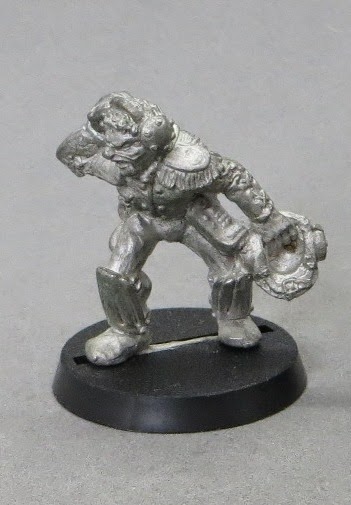 "So what's my point?", you might ask. It's a perfectly good purchase of a lovely, classic Citadel figure. No different from buying the Space Eunuch or Worldburner.

"Ah, but this is different!", I would say back to you, and the reason is that I bought the Citadel Pilot because I thought he would make an excellent complementary figure to the Spacelords Pilot I bought a week or so ago.

Event #2
As I watched the dull drudgery of second half of the Netherlands v Costa Rica on Saturday, I decided to do something useful with my time. I had a root around in my box of spares and pulled out a Squat Biker severely lacking in the arms department. After fettling around with some wire and greenstuff for an hour. I had produced this little fella: 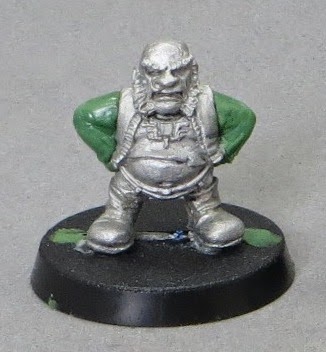 I stuck him on the shelf right next to the Spacelords Adventurer I painted last week. "That's pretty cool", I thought, "they would make a nice little pair of figures." And they do:


At that moment I realised I was matching pairs of figures by theme or perhaps just by complementary look. And I hadn't just done it on these two occasions:

If the two Linemen don't strike you necessarily as being a pair, then look at on of them compared against the look of the rest of the Linemen:

Fairly instinctively I have created a pair of bare-headed, eye-patch wearing Linemen, both with long boots, within a larger grouping. I can honestly say, this wasn't really intentional - I was just using the bits and pieces that were in my bits box. The long boots on the model on the right were only done because I couldn't be bothered to trim all the studs off the original Elf lineman's leggings!
﻿
As it turns out, I might have been doing this for years:


And it's not just me, or even just miniatures related. Superheroes have their sidekicks, Sherlock Holmes had Watson. Citadel produced their Collectors Series:

I have managed to convince myself that pairs of figures linked by a common theme or look really tie figures together to reinforce narrative and visual continuity. I also think that it's something well worth doing within larger groupings of figures (be it squads, teams, warbands or units). You'll probably tell me that you've all been doing this for years, but I've enjoyed the realisation and will make sure it's a key part of my figure selection going foward.
Posted by axiom at 15:30