More Dark Elves on the Pitch

Over the last week I've been putting some more painting time into my Dark Elf Blood Bowl team as I've got just 8 weeks to go until I actually need to use them! Happily, I'm nearing completion, as last night I based up these 4 fine fellows:

Some of the sculpting work on the chestplates of the linemen is a bit rough, but in game it won't really be noticeable, and I'm happy with the overall look.
Here's the team so far - I still have the second Witch Elf, a coach, a pair of cheerleaders and a display base to get done before I can count the team finished.
The photographs were taken using my new Foldio portable studio which I received a couple of weeks ago after pledging to their Kickstarter campaign. It was my first experience of Kickstarter and it didn't suffer any of the pitfalls I've seen others complain about in relation to other campaigns; they kept us up to date, delivered the product on time and it does exactly what they promised! These photos were taken with a single front-mounted LED strip; I'm going to have a play with the second strip to see if the results improve (although they're pretty good as is).


My long term plan is to make a little terrain base to fit inside the Foldio. With a backdrop or two, I should be able to set up some nice little photos.
﻿
Finally, whilst I had the Foldio set up, I threw in the troll diorama to take a better pic too: 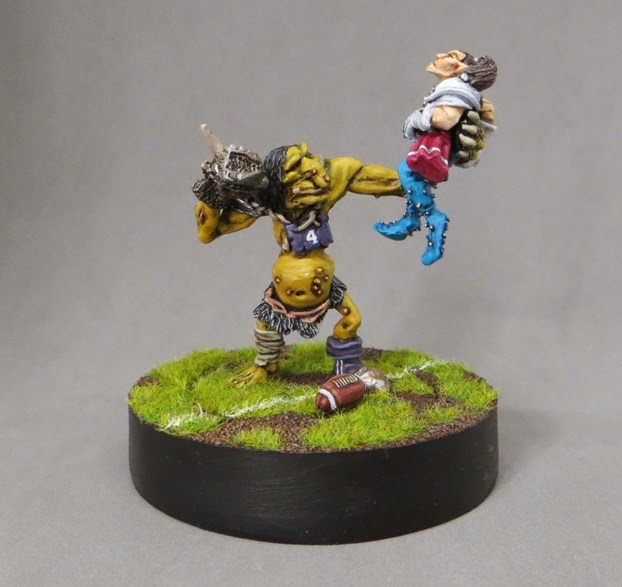 Hopefully this is the start of a much better quality of picture going forward.
Posted by axiom at 09:24