When it comes to collecting models, there are "known knowns" - the models that were catalogued, widely produced and put on general release. Limited editions and even unreleased figures could also be "known knowns", with resources such as Stuff of Legends and Collecting Citadel Miniatures Wiki increasing the number of known knowns on a regular basis.
There are also the "known unknowns", the figures that are rumoured to exist but nobody has seen. The old ranges where we have sheets of model codes, but no photographs of the lead itself.

As Donald Rumsfeld memorably put it, there are also the "unknown unkowns". The models we just simply don't know about. For a long time I had visions of a big room at GWHQ, filled with lovely old lead; unreleased figures, test sculpts, prototypes and concept pieces. Sadly, first and second-hand accounts of (lack of) storage facilities leads me to believe that such a room only exists in my imagination (or perhaps at Bryan Ansell's house!).
So why am I quoting a 12 year old speech by the then US Secretary of Defence? Its because I thought I had a handle on Citadel's Eternal Champions range...I thought I knew all the "known knowns"! I believed that the range consisted of 6 sub-ranges; Melnibonean Infantry, Pan Tang Infantry, Pan Tang Tiger Handlers, Melnibonean Personalities, Melnibonean Cavalry, and the Eternal Champions boxed set. I thought I knew that the only other figures Citadel produced were the armoured Elric (cannibalised for the Tragedy of McDeath range) and the Pan Tang Spearman (integrated into the Chaos range). Oh, and perhaps the Dragon Masters box.

Most importantly, I believe I only needed one more model to "complete" my Eternal Champions collection - a Pan Tangian infantryman: 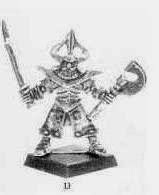 So imagine my suprise / delight / horror to discover less than a week ago, a pair of previously unknown unknowns. That's right; as result of googling to try and track down Pan Tangian infantryman #13 (above), I found myself in a corner of the Collecting Citadel Miniatures Wiki I couldn't recall visiting before...the Bryan Ansell Collection gallery. And there, amongst the original painted Pan Tangians and Melniboneans from the Stormbringer RPG, was this picture: 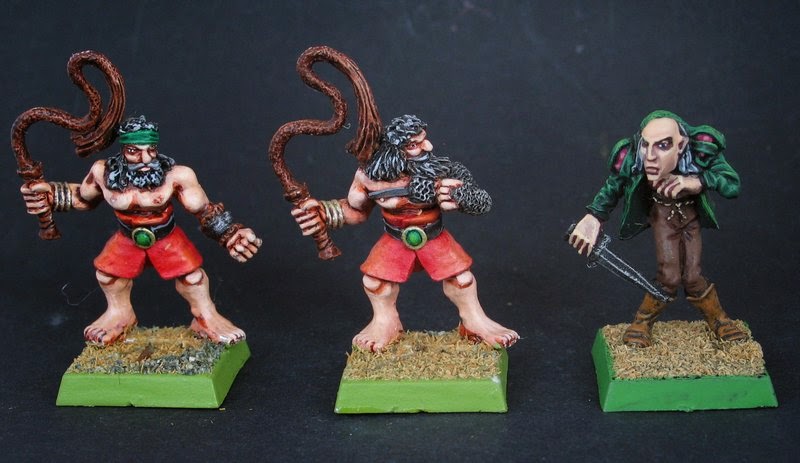 That pair of Pan Tangian tiger handlers are not known knowns. The known knowns look like this: 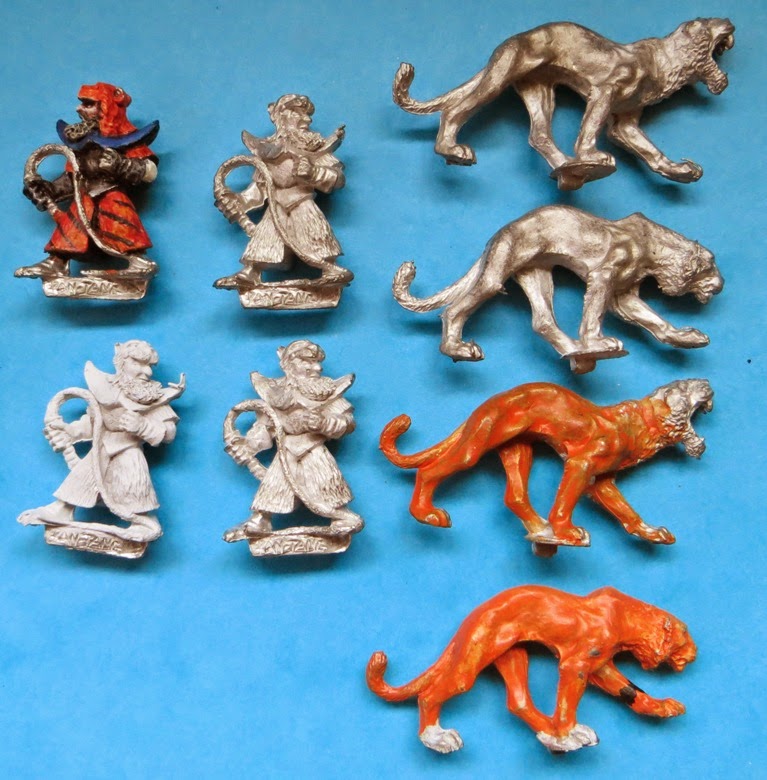 Not only did I not know everything about the Eternal Champions range, but I now had a pair of unreleased (and probably impossible to track down) figures to find. I now needed 3 models to complete my collection, not 1!

Wait a minute then...what are these? 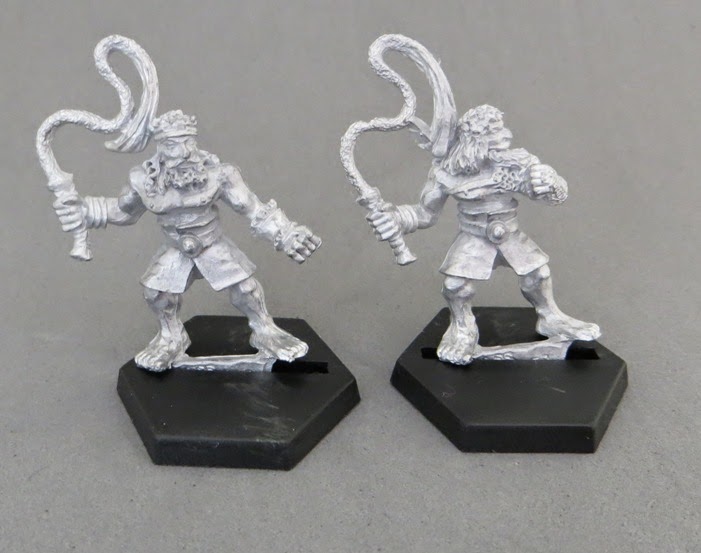 That's right, this pair of figures arrived through my door earlier today. In less than a week, I've gone from being oblivious to their existence, to having a pair in my hands. I won't reveal my sources, but let's just say I am lucky enough to know someone with contacts (thanks a million - you know who you are!).
And the good news doesn't stop there, as another kind collector has helped me out with Pan Tangian #13 who is travelling all the way from Australia as we speak (and more thanks are due there too!).
Of course, the big question is, have I now completed my Eternal Champion collection, or are there more unknown unknowns lurking out there?!
﻿