A few posts ago I showed you a conversion I've made for the Talk Fantasy Football forums 'Legacy Team' project. I also mentioned that we're starting a 'Legacy Warband' project over at the Oldhammer forums based on the same concept (interested people paint and contribute a model, a lucky winner scoops the entire warband).

By popular vote, it was decided that the theme of the Legacy Warband was a multi-race 'good' warband; think Realm of Chaos warband, but with law-abiding, tree-hugging jolly good chaps instead! 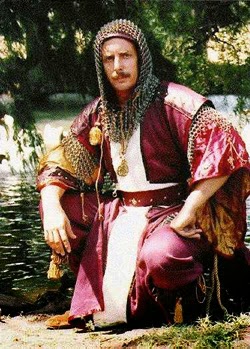 I really fancied making an elf for this project, so after committing myself to a pointy-eared jolly good chap, I started digging around in my boxes for suitable figures. In my view, Jes Goodwin's elves are the best elves around. Unfortunately, because of age and rankinging considerations, many of his 1980s elves are just a bit static. Having had a good old search and mentally cut up models, I decided to go with the source material below:﻿
The elf warrior was a spare from a box of trades, while the Blood Bowl elf and dark elf sorceress had already donated parts to my dark elf Blood Bowl team.

In order to conceptualise the finished model, I created a concept image from some catalogue pages:


﻿
So, confident that the finished model would probably look the business, I hacked away and this is the result:
﻿ 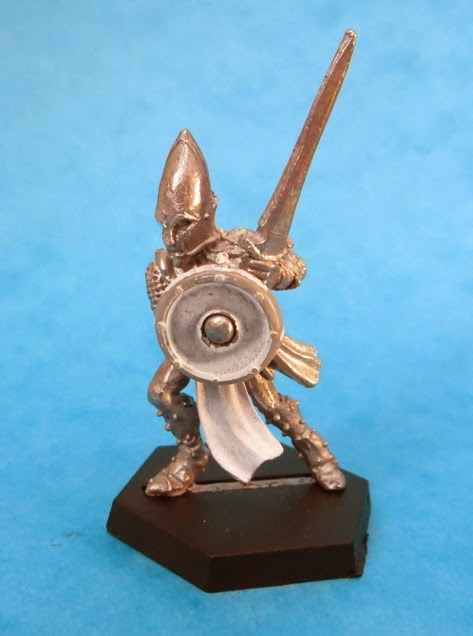 I'm still undecided on the shield; I like seeing the exposed front and am considering slinging it on his back. 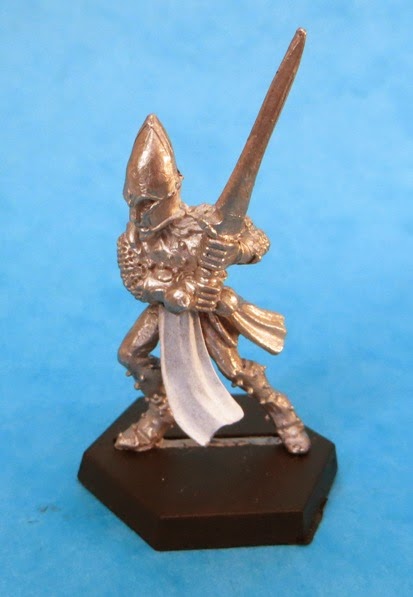 Given that I've got until the end of the year to paint this guy, I'm guessing he might not see any paint for a few months at least!
Posted by axiom at 09:41