Hopefully you'll have seen my earlier posts on my Blood Bowl mini-diorama I'm entering at the NAF Championships in Nottingham in May. If not, you can catch up on the earlier posts:

Colour selection
Over the course of the last week I've been painting the model. I started off thinking about colour schemes. I wanted the elf to match my elf team, as I'm fond of the bright turquoise and white strip with the red. I used the online colour wheel tool I've used previously to establish a nice looking colour scheme; with the turquoise strip on the elf, I could go for a sort of mustardy-brown colour on the troll's skin and a purple strip.


On with the painting
With the colour scheme decided, it was onto the painting. I painted up the troll first using Vallejo heavy goldbrown for the base coat on the skin. The skin was washed with Citadel brown ink and Asurmen blue wash, before being higlighted. The highlights were simply adding white to the heavy goldbrown. The pustules were then given a wash of Citadel Baal red and a dot of pale yellow in the centre. 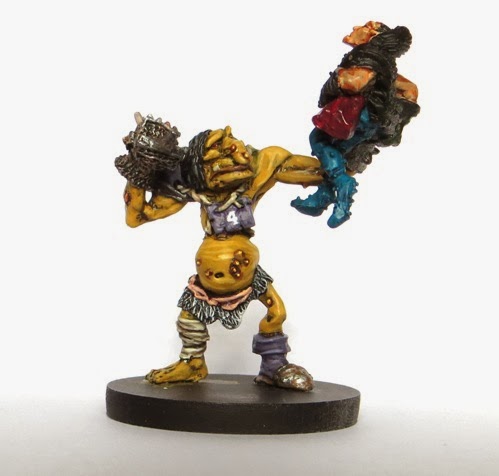 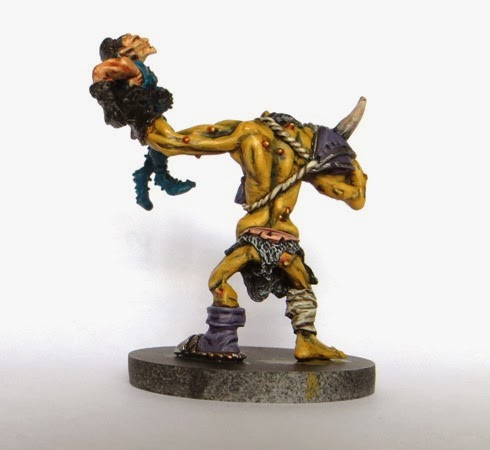 I decided to make the fur loincloth grey instead of brown to avoid detracting from the skin colour (this was just black drybrushed with progressively lighter greys). The exposed leather on the loincloth came up nicely I think; I used Citadel terracotta, washed again with devlan mud and highlighted by adding Citadel elf flesh. 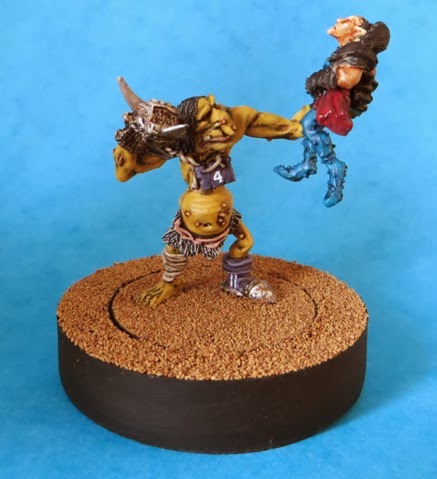 After finishing the troll, I sanded the base, and added a few little sporting details, like the number '4' on the chestplate, and the stripes on this single boot! 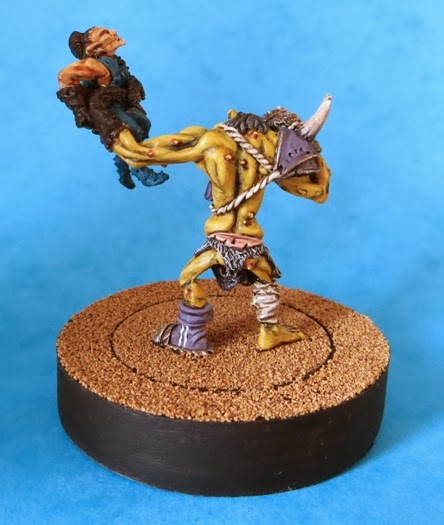 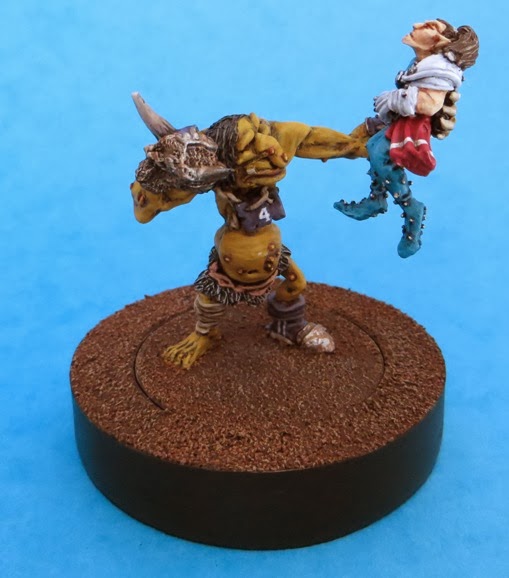 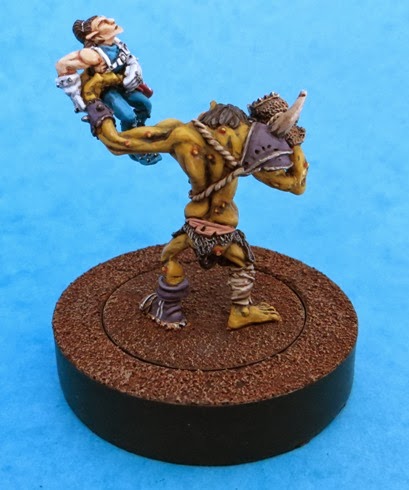 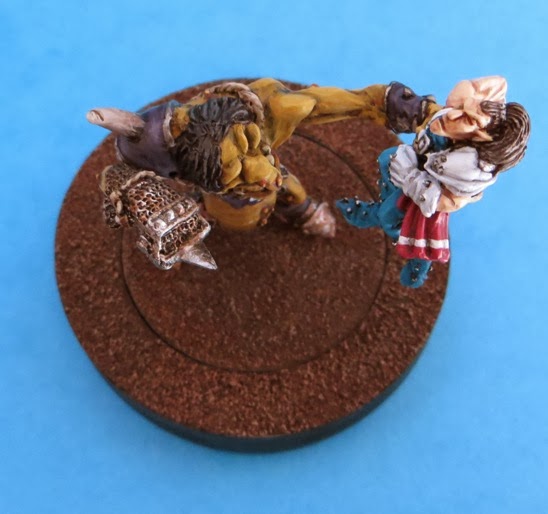 Finished piece
After finishing the painting, I paid some attention to the base. The sand was painted with Citade scorched brown, washed with devlan mud (again), then drybrushed with kommando khaki. I then added some green static grass (I like the bright vibrant look on a Blood Bowl pitch!), before adding a white pitch marking and little ball (I like to think the elf has dropped the ball, and the troll has completely forgotten about it!).

Here are the finished photos: 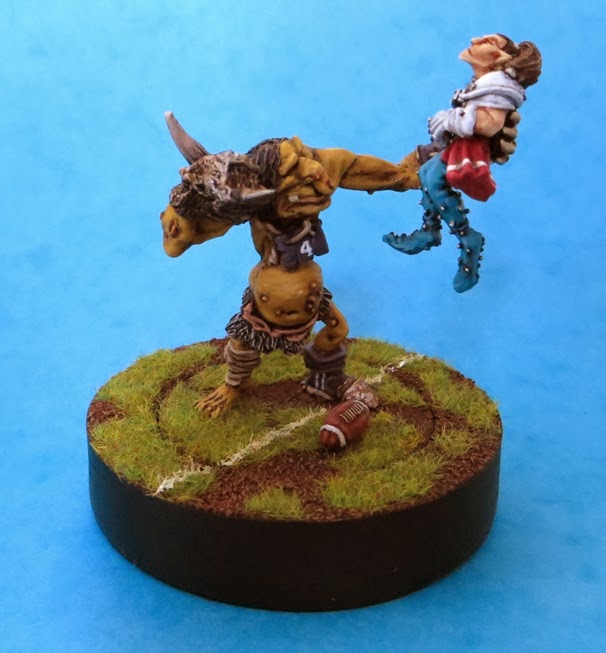 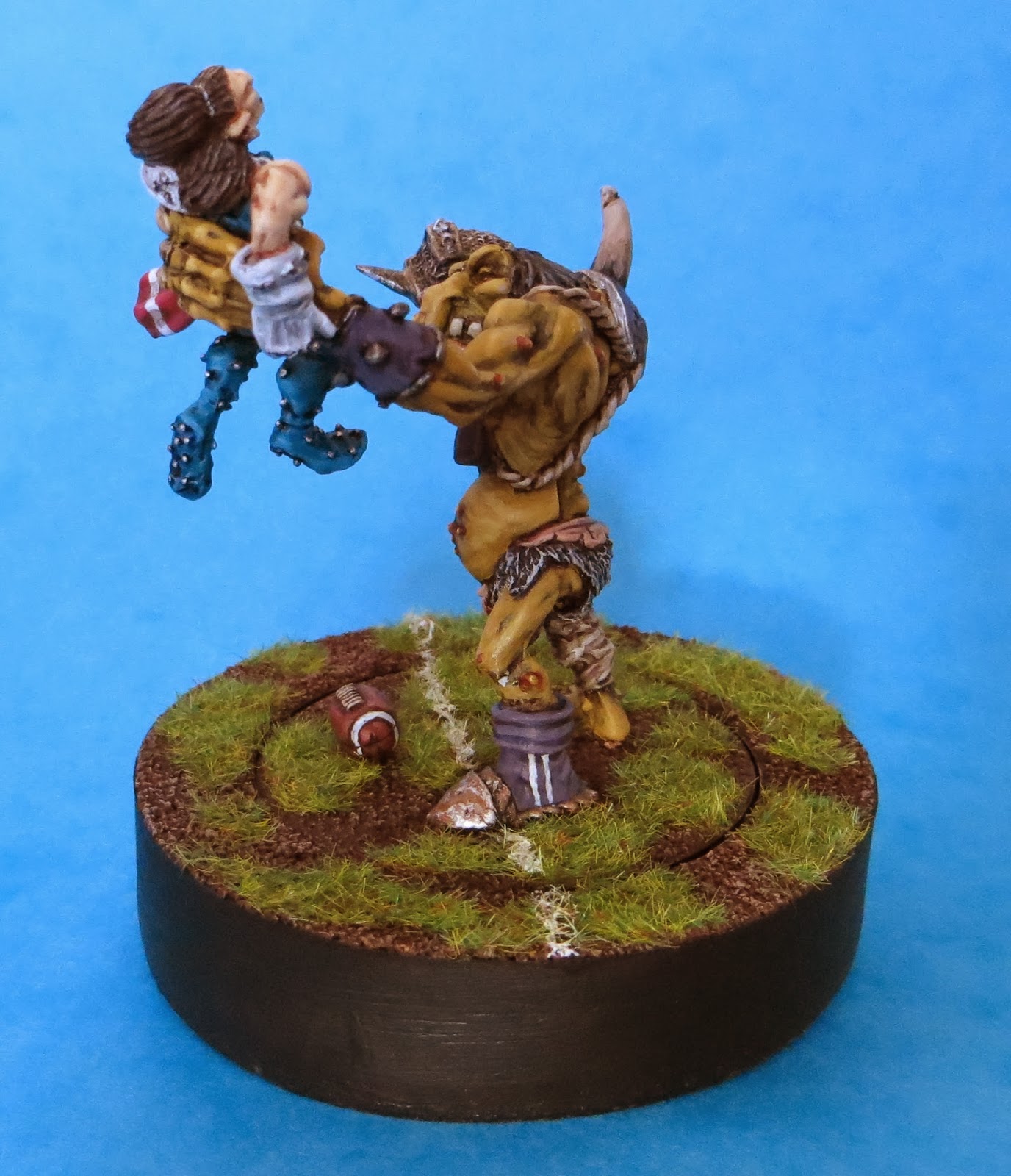 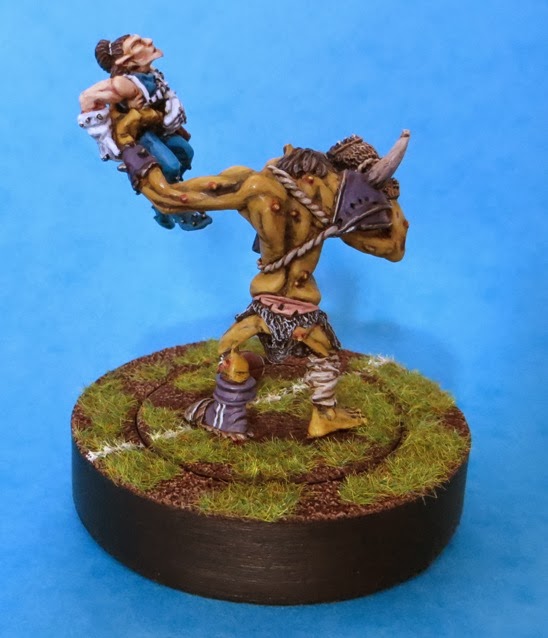 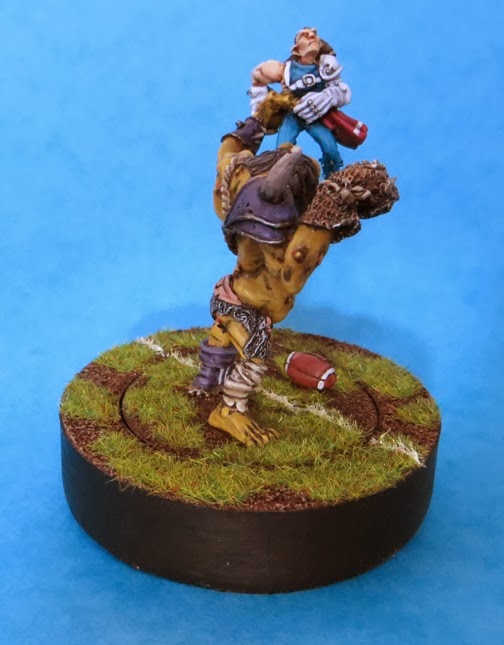 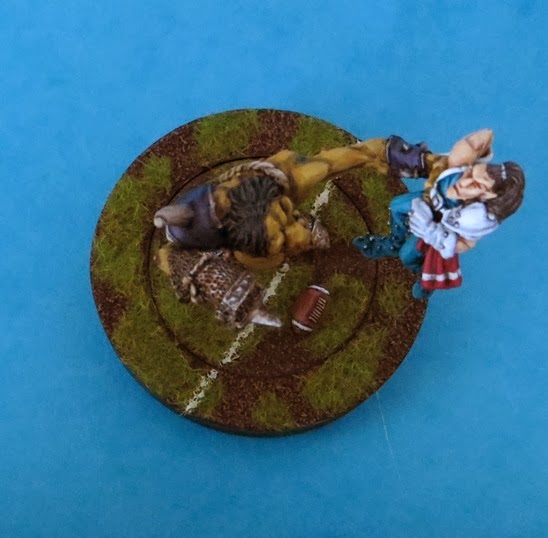 I hope you like the finished piece. I'll let you know how it fares in the competition in May!﻿
Posted by axiom at 09:38