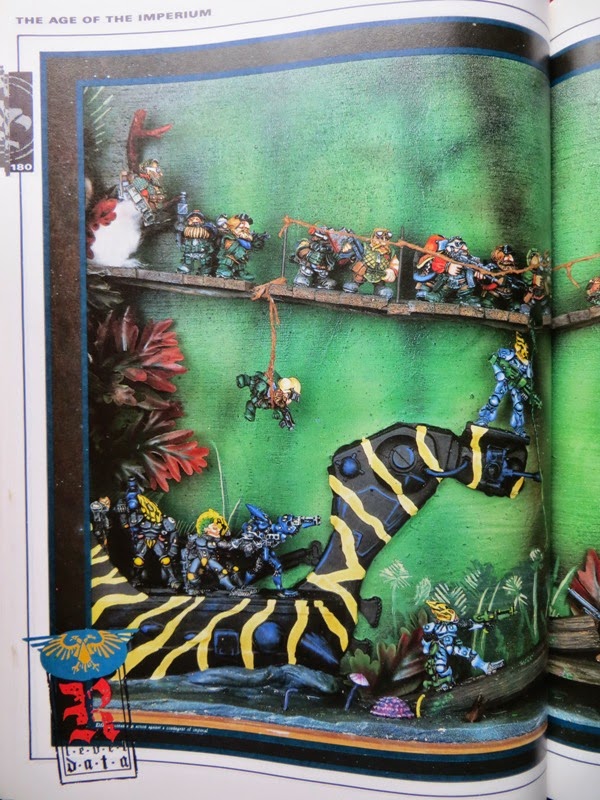 It's not always possible or practicable to keep gaming miniatures in a diorama setting, but equally it's nice sometimes to have something which sets the miniatures off. That's where a display base comes in. I can't pretend to have invented the idea - it's been in use for years, but I thought I'd share how I do it for my Blood Bowl teams. The principle would be the same for any small group / warband / gang / team, and the end results look a bit like this:


Both of the above bases use the same principles to give a little bit of a backdrop and scenic flavour to the miniatures. They are also useful as carrying trays in a gaming setting. The process however, is exceptionally simple.

I'm currently working on a new board for my Dark Elf Blood Bowl team, which will have an enclosure for their team mascots (baby manticores) and a billboard. I also plan to do something a little larger for the Brat Hive Gang (eventually!).