So, I did a bit of research into suitable vehicle scales (1/48 is apparently a fairly decent match), and I tracked down a rather nice 1938 Y17 Hispano Suiza from the Matchbox 'Models of Yesteryear' range for the princely sum of £4.00 on ebay. 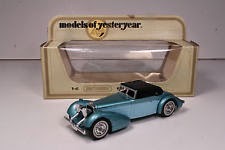 After removing the drop top, I spent a long time thinking about how I was going to make the car work in a 40k setting - clearly it would need some adaptation. I happily stumbled across Zinge Industries V8 engine parts.

After a tiny bit of fettling, I added them to the Hispano Suiza for some suitably extravagent engine customisation: 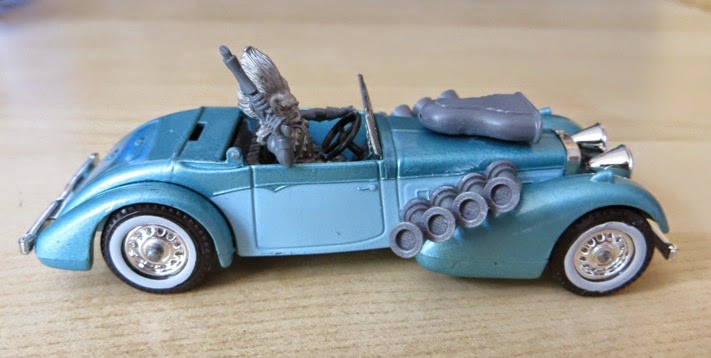 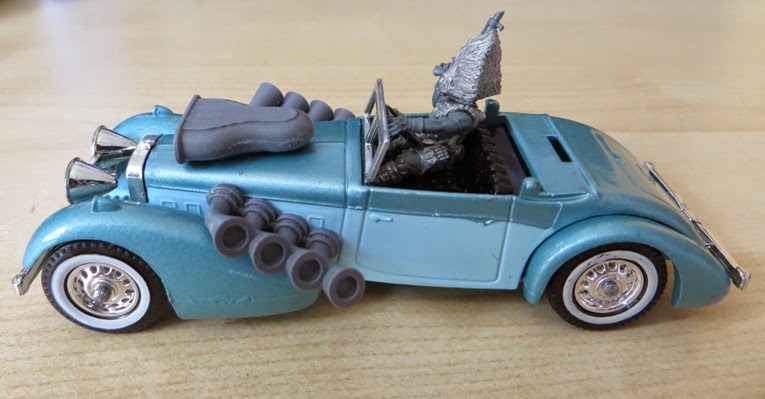 I still need to work out what to do with the rear of the car - I'm not sure whether to add a chasis-mounted weapon of some kind, or go for some more bling - all suggestions welcome!

The driver himself is still very much WIP - he's been hacked apart and repinned, but I've not started the repair work to conceal all the cut marks. He's based on one of Jes Goodwin's lovely Brat gangers with some serious attention from my model saw. Both legs were removed and repositioned, and the head was also cut off and re-angled. Both arms are actually from Dark Eldar Hellions, by sheer happy coincidence I had them sitting in a box of bits and they were perfect for what I needed. The steering wheel is glued to the driver so he's fully removable as a unit without trying to wrestle him in! 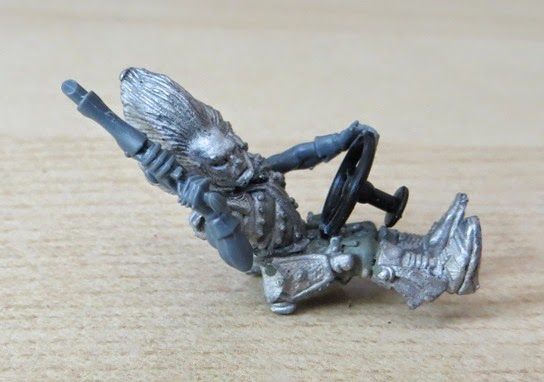 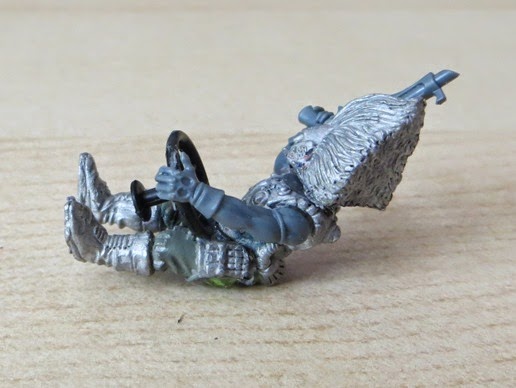 Finally, here's the scale shot. GW's figures tend to be short in the arms and legs, barrel-chested and big-headed. Although two people in the car would be a bit of a squeeze I'm happy that it looks close enough to the mark not to worry anyone!
Posted by axiom at 15:15