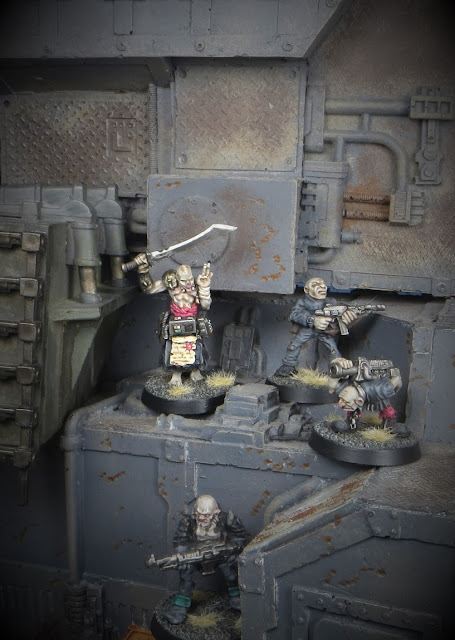 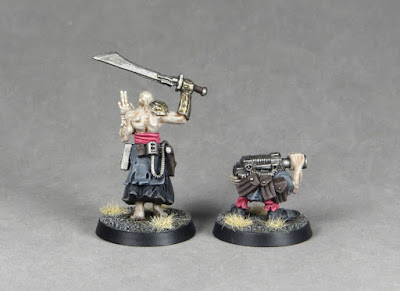 Both Jakob and Wretch got the same colour treatment as the rest of the cult to date. I like the dull greys, blacks and browns with the splash of cult pink. I added a little chaotic symbol to Jakob's sacred parchment to reinforce their allegiances. 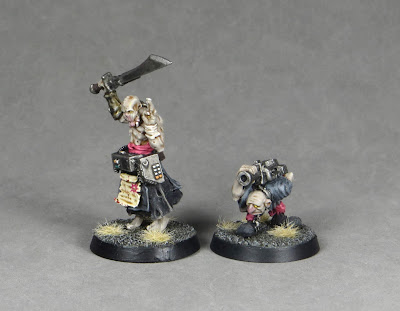 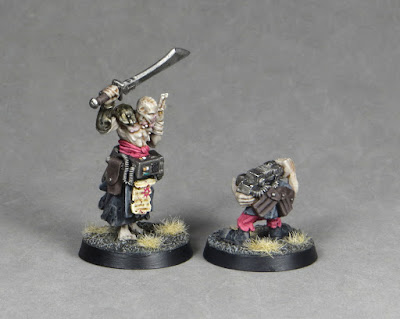 Jakob is made from the upper torso of a Gorkamorka mutie Seeker, mated with the lower body of an Empire flagellant (the same model that donated the head of my House Morlaque leader). I shaped the flagellant's funny little icon box a little and added some buttons and a mouthpiece on a cable - hopefully this evokes some kind of amplifier / loud-hailer system to aid with him preaching. 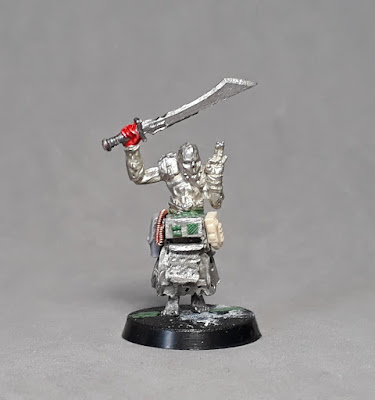 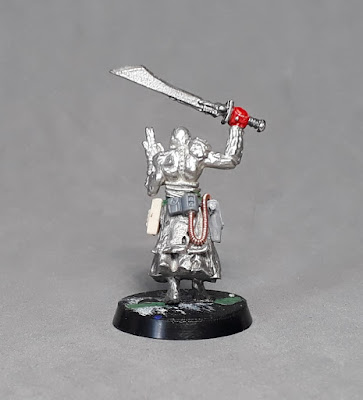 Jakob also received a ubiquitous scanner doo-dad from the RTB01 plastic space marine kit (my favourite piece from that kit) and a sword sourced from an Eldar Shining Spear Exarch of all things.

Wretch also underwent a little bit of surgery. The original model is the ork grot assistant 'carrying a bolter'. The 'bolter' is a generic enough gun that it should be able to represent a grenade launcher for Jakob. The grot was originally wearing what might have been intended to be chainmail, but looked more like a net. I didn't want my cult servant to be wearing a net, so I added a layer of greenstuff to turn it into a ragged tunic. My other modification was to remove the characteristic pointed grot ear and replace it with some more befitting a mutie. I think the new ear has really changed the character of the figure, making him more like a hunched old man than an orky helper. I'm really pleased how my two cult leader, Jakob and Wilhelm, evoke each other stylistically. Both are odd looking mutants with robed legs and naked upper bodies. They also show off their different characters rather nicely. 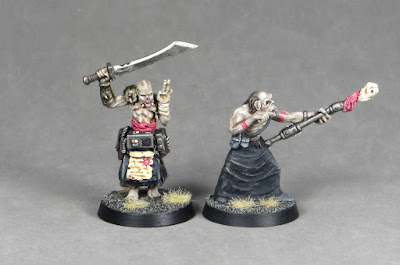 With the campaign due to start in less than 3 weeks time, I still need to add another four cult members. Happily, three of them are just awaiting basing and varnish, but my final cult member still needs to be built and painted!
Posted by axiom at 14:45