My cultists, Kort and Oskar, are simply cheap bodies to support the cult. Both are unmodified Citadel 2000AD sculpts - Kort is a Rogue Trooper Nort, and Oskar is a Judge Dredd perp. Technically I guess they're not muties, although Oskar is rather ugly and who knows what Kort is hiding under his mask! 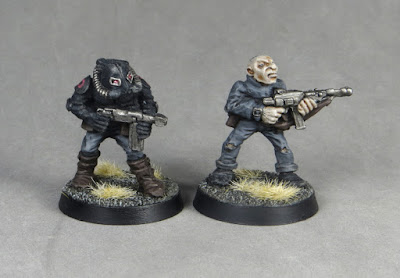 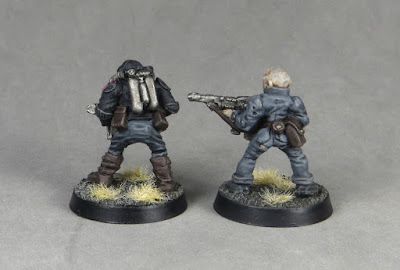 Grund is the cult's first disciple - a large-framed mutie with a penchant for big guns with a high rate of fire. 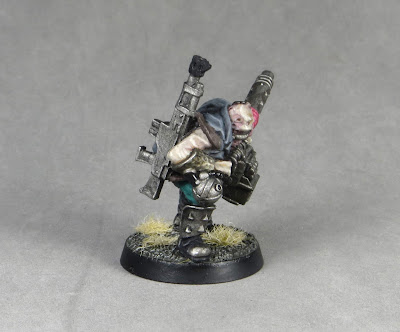 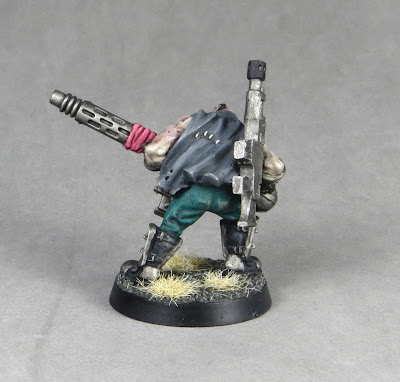 I built Grund from the torso of a Gorkamorka mutie, mated with the lower body of a Necromunda Goliath ganger. I adapted his gun to turn it into a heavy stubber, and gave him a backup autogun for when he inevitably runs out of ammo.

Grund is one of three figures in the cult that are based on Gorkamorka muties, including the long rifle cultist shown below. 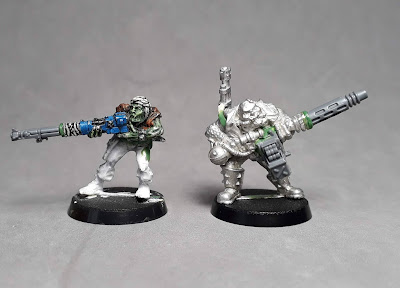 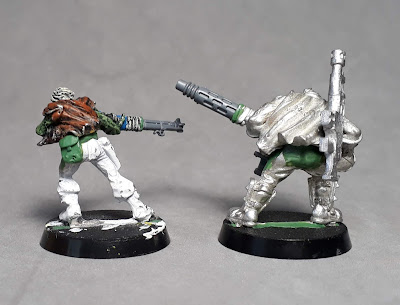 The Gorkamorka muties are a little-tapped resource I think - they're lovely Paul Muller sculpts and relatively uncommon. They make fine non-chaotic mutants, being all lumpy and bumpy, rather than clawed and horned.

Here's the full current strength of the Benevolent Brothers: 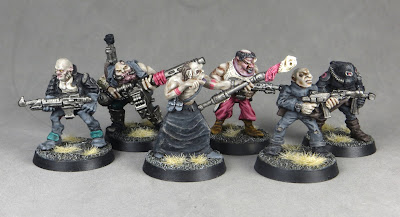