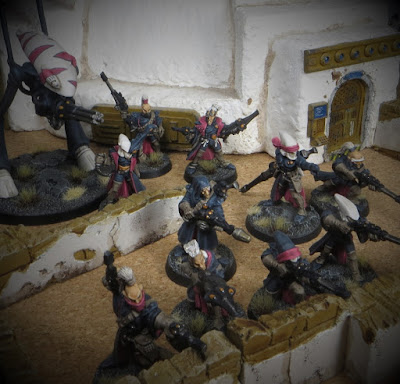 I knew that I wanted my final Scout to be a spotter type - I can team him up with the heavy weapon guy (freeing up the girl with the shuriken catapult to act as a proxy Dire Avenger), but also providing me with a figure that could represent a communications specialist. A Guardian grav-platform crewman provided a suitable donor figure, wearing a long coat which matched the Scout look.

I couldn't resist a bit of tweaking to make him fit even more - I cut away his heavy boots and replaced his lower legs with a pair from a Harlequin, before recreating the thigh high boots that the rest of the scouts sport. This was significantly more of a pain to do that I had anticipated, but I think the result was worth the effort.

I wanted my support element to fit the scouting theme, so I went back to the early 1990s and Citadel Journal #8. A guy by the name of Rupert Hammerton Fraser had created a new Eldar unit called a Scout Walker - a lightly armed and armoured reconnaissance unit often utilised by Eldar Exodites - the ideal support element for my Kill Team. 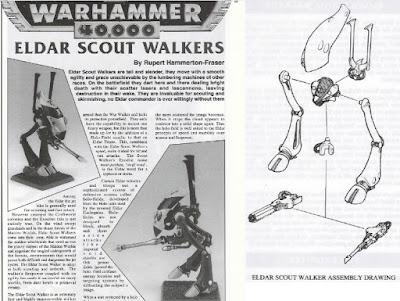 As you can see from the excerpt from Citadel Journal #8, the Scout Walker is a pretty simple build, being an amalgam of Eldar War Walker and Dreadnought parts. Only one piece needs to be cut (to remove the 'hip' element from the torso piece).

As you might expect, the final figures were simply painted to match the existing ones. I wanted to include the eye-catching pink on the Scout Walker, and decided to go for a Rogue Trader inspired set of tiger-stripes on the head piece. 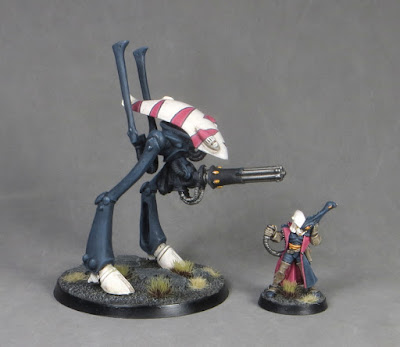 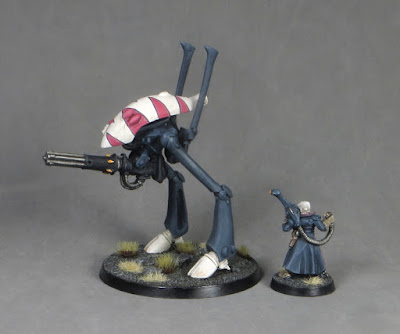 He's the final crew as things stand. I do have plans to add a few more figures to the unit at some future point, but for now I'm happy with how they've come together. 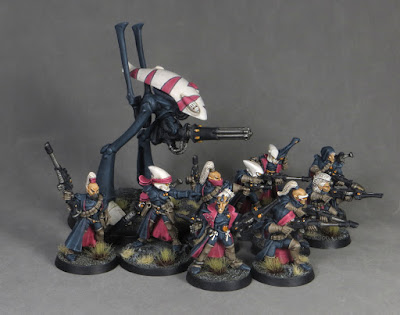