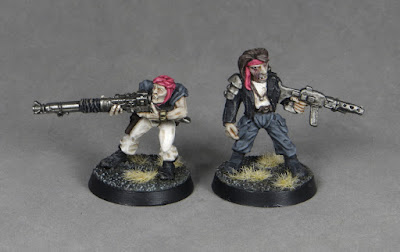 The latest two additions to the cult are both armed with ranged weapons - a long rifle (for sniping away at range) and an autogun.


Brother Snyke has been cobbled together from another Gorkamorka mutie torso and a pair of legs from a Rogue Trader assassin. I replaced the barrel of his gun with a plastic one from the Adeptus Mechanicus Skitarii rangers, before tying everything together with a few greenstuff additions at his waist. 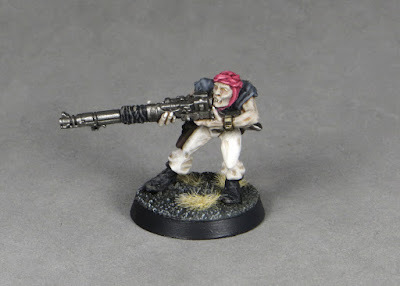 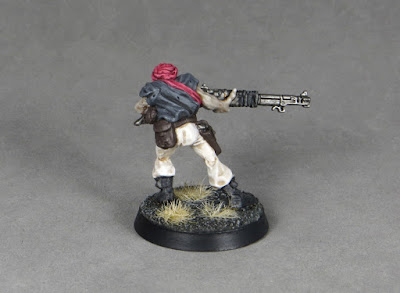 The second ganger is a really interesting figure, and one I've been looking to put to suitable use for a little while. The figure was actually sculpted by John Blanche and featured in the 'Eavy Metal pages of White Dwarf 121 in 1989. Whether it was the result of an idle afternoon, or intended as a concept figure for Confrontation, I don't know. He's pretty striking though! 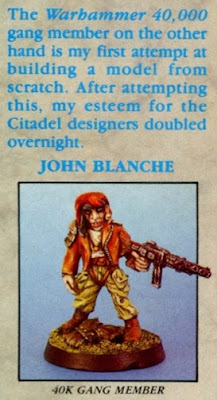 For a long time I was unware that this figure had been cast up, but a few copies have reached the open market over the last couple of years, and I was very pleased to be able to track one down. 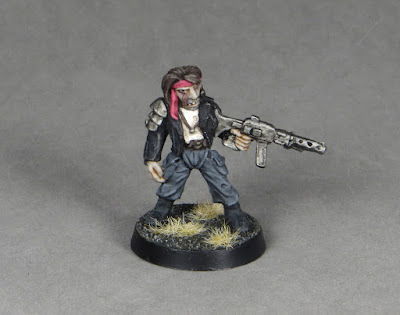 As a sculpt, the figure is clearly pretty naïve - it's pretty flat and two-dimensional and the face is rather grotesquely proportioned. But it's a million times better than my first sculpt! I suspect that the gun is a dolly part from the 2000AD range used on a number of the perps and muties.

Nonetheless, it was a fun model to paint, and he screams 1980s with his headband and biker jacket. I'm really pleased to have him in my collection and to use him in a mutie cult. After all, his over-sized facial features are almost certainly evidence of some mild mutation! 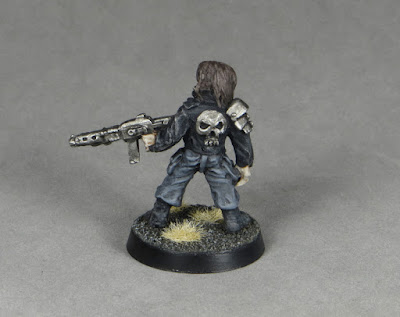 Next up I'll be finishing off a couple more cultists armed with some close quarters weaponry.