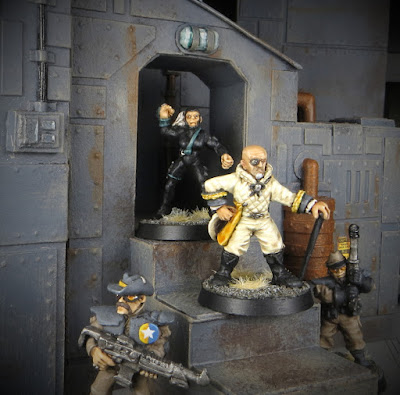 When I was planning my Five Parsecs crew I was thinking along the lines of a group of Inquisitorial operatives, so an assassin was an obvious inclusion. I'm fond of the diminutive female assassin from the RT adventurers range, so it was a good opportunity to paint her up.

Five Parsecs from Home profile:
Crew type: human; Background: war-torn hellhole; Motivation: truth; Class: special agent
Confession time - I did select Raksha's class to make it fit with the model better. But I honestly did roll up the stealth gear that I gleefully equipped her with!
Stargrave type:
Striker 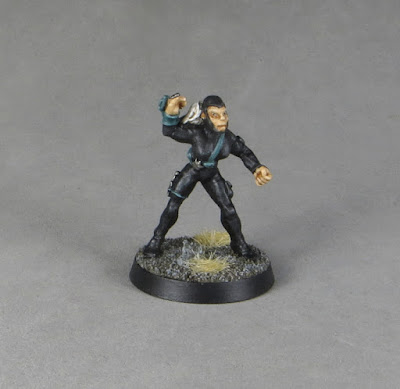 I went for the classic assassin-black garb for Raksha, livened up with a little bit of teal on her pouches and exotic wrist-mounted execution tech. 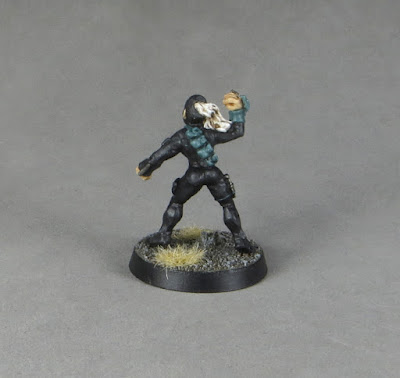 Spin-off Project: Clade Adamus Assassin
OK, I know this guy isn't really a Clade Adamus assassin, as such things didn't exist when he was produced, but the forthcoming Forgeworld miniature is clearly a modern reworking.

I enjoyed painting the black on the RT assassin - the Goodwin sculpt has lots of nice detailing such as armour plates which really help define the shape. 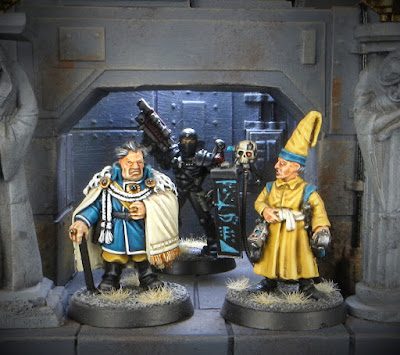 Painting this guy was fun, not only because he's topical, but also because it means I've painted all three of the RT assassins: