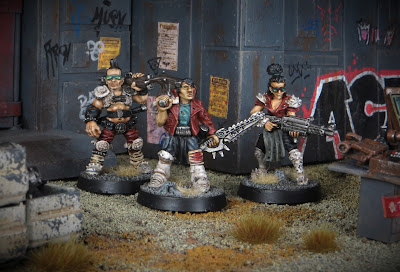 The Rogue Trader Adventurers range is a goldmine of fantastic characters, and I've been wanting to find a purpose for the Hive Worlder for some time. He's a fun mix of primitive and tech with his crossbow pistol and leather jacket rubbing nicely alongside his power armoured legs* and chainsword.

*Asslessman maintains that these have no power source so must result in him walking like he's wearing ski boots.

Five Parsecs from Home profile:
Crew type: human; Background: primitive; Motivation: fame; Class: ganger
When I rolled up this character I knew that it was perfect for the Hive Worlder - a low-tech ganger who dreams of interstellar notoriety!
Stargrave type:
Runner 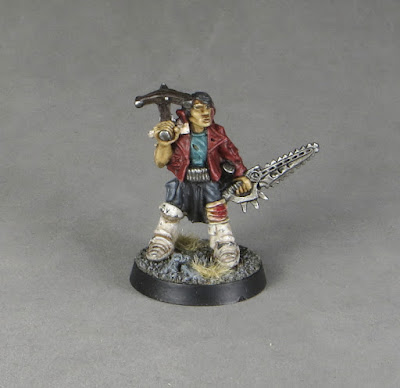 I confess that the red leather jacket is totally ripped off from my good friend Cheetor's Five Parsecs crew (I thought it would be fun to have an ex-member of his crew hanging around with my crew). But then his crew is based on the red leather clad Ravagers from Guardians of the Galaxy, so it's fair game! 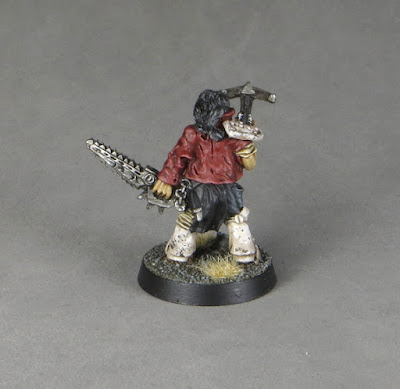 I was looking around for other figures that might fit with Grits aesthetically, and turned up the Mannix twins. These were sculpted by Drew Williams and originally exclusive figures for members of a Facebook group. They're now in production by Crooked Dice as part of the Colony 87 range. 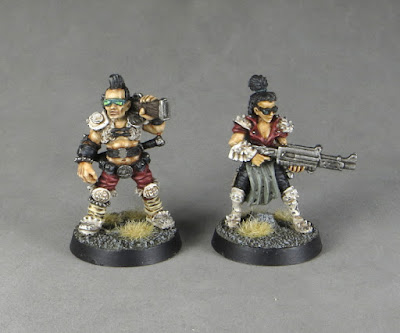 Max got a nice pair of red leather trousers, whilst Maddie has a leather jacket in the same vein as Grits. 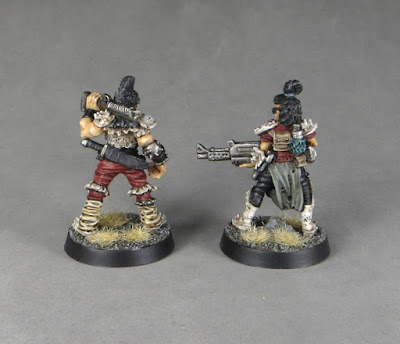 Both are excellent models - nice and chunky old-school sculpts that work really well alongside the Rogue Trader figure.
Posted by axiom at 11:15