Cheap Beds For Hire - the Only Hotel in Town!

In my last post, I showed off three of the fantastic buildings scratchbuilt for me by Grimsforge. This time round it's one of the larger buildings that Graham built for me, which I'd described as a 'two-storey house' in my concept sketch. As it turns out, there's been a change of use and it's now the town hotel!

The original sketch I drew is below - I wanted a larger, more imposing building than my others. And that meant a second storey. 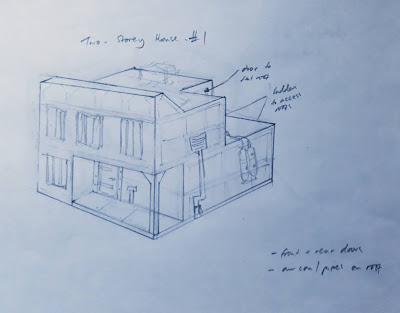 When it came to painting the building up however, I felt that the big frontage needed some additional detailing to liven it up - so I decided the building should be repurposed as a hotel (probably the kind with tiny rooms and bunkbeds that are purchased on an hourly rate).
I added a hotel sign to the frontage made from plasticard and lettering from a very cheap light up peg board (£4.99 for the board including 250 letters gives me loads of future signage potential). I also added a few plastic lights from some Games Workshop scenery kits for further interest. 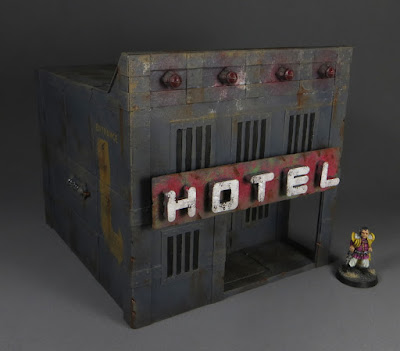 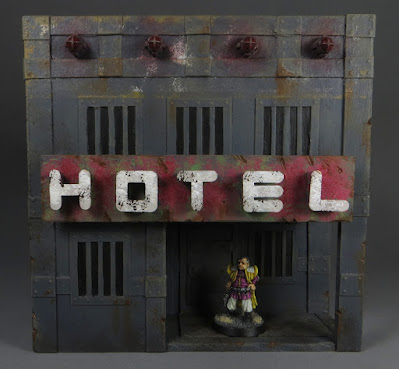 I attempted to do some red glow effects around the small round lights. It's lost a little vibrancy in the photos, but looks pretty good in real life! I also made a stencil for the big painted arrows on the sides of the building to increase the hotel theming. 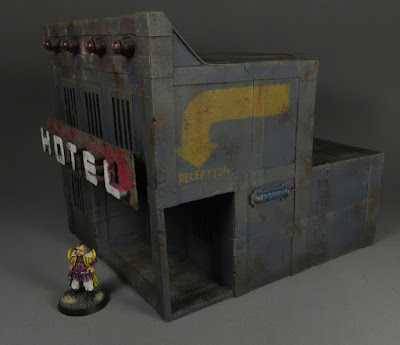 I kept the rear pretty plain and boring - just like real hotels! 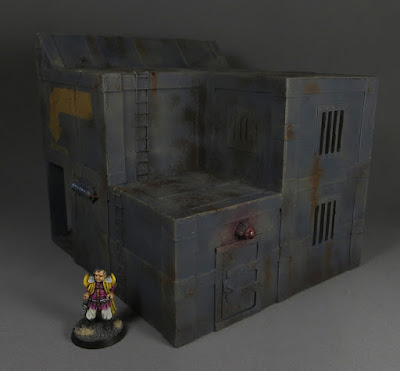 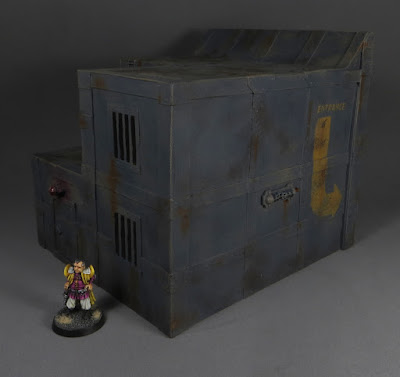 Another Grimsforge building done - just one more to do and I think I'm pretty much finished with this one horse town!