It was back in 2020 when the seed of this project was planted. I had a pair of Bob Olley's Iron Claw Jump Troopers, and I fancied making a third variant. If you're not familiar with the figures, check out the pics below (sourced from the excellent Stuff of Legends): 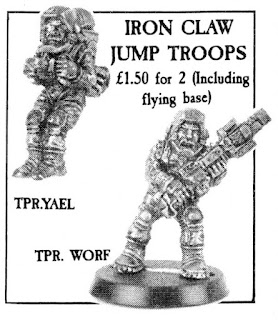 My approach was to take the upper torso of Trooper Yael and mate it with the legs from another Bob Olley sculpt, an Ork madboy. I added some extra gear to hide the join, sculpted some kneepads, and left it there. In 2020, I didn't paint the original jump troopers, or the new converted addition. 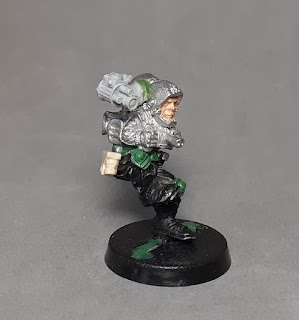 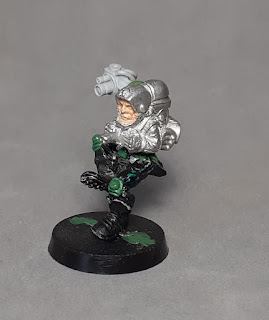 Then in 2021, Stargrave was released. I thought it would be cool to make a 10-strong Stargrave crew comprising exclusively Bob Olley jump troopers. So I made them!

My first step was to look at some basic repositioning. In addition to the converted figure above, and the jump trooper in flight, I had 3 copies of Trooper Worf. With a little repositioning, I avoided having 3 identical troopers in the crew:

With 5 basic jump troopers sorted, I knew I wanted to add some more interesting characters. For my captain I selected Attitude Gorman from the Iron Claw Space Pirates range as the basis of a conversion as he was wearing a similar outfit. 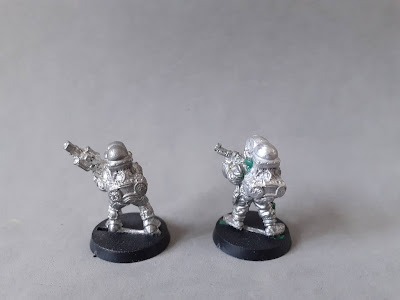 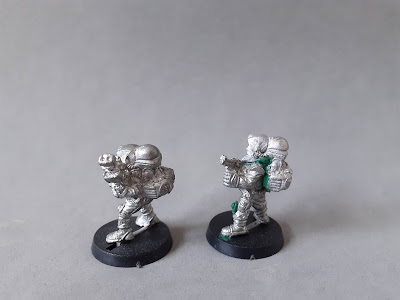 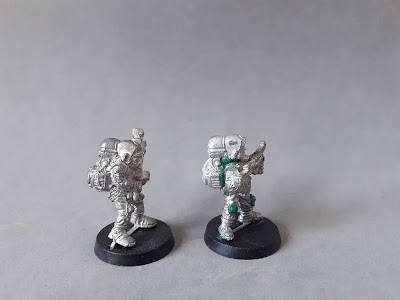 With my captain sorted, I wanted to add another trooper, this time using the alien Iron Claw Space Pirate Ooglorg the Cruel. I very nearly added him to the crew unmodified, but I couldn't bear for him not to be wearing a jump pack like the rest of the crew. 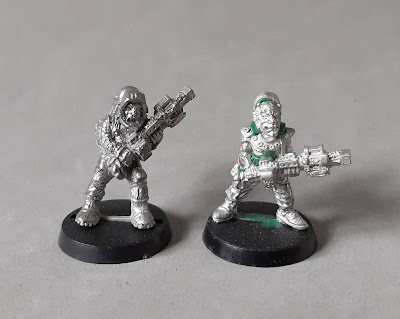 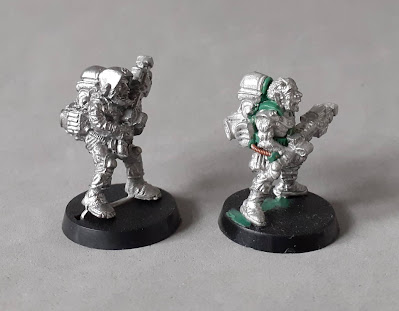 I carefully cut away a jump pack from a spare trooper in flight, then added some details to integrate it onto Ooglorg's body (straps, cables etc). I figured he doesn't need a helmet because he's an alien! 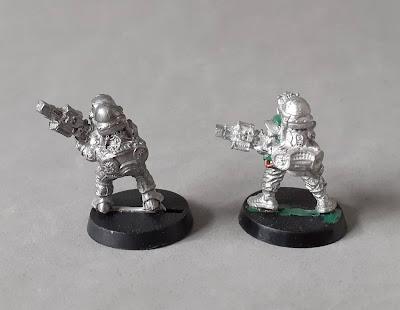 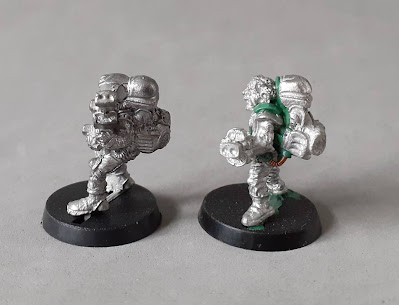 My last conversion was to add a heavy weapon to the crew. I'd spent a little time trying to work out how to make a trooper carry one, but the solution was something a little more Flash Gordon!
The heavy weapons sled came together from my bits box. The platform is make from the back of a squat trike with an Eldar grav platform base mounted at the front. I made some thrusters from some scifi guns, then added the multi-melta and a jump trooper to finish it off. It's a little bit retro, possibly a bit silly, but I think it really fits nicely with the vibe of the jump troopers. 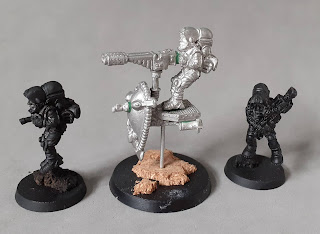 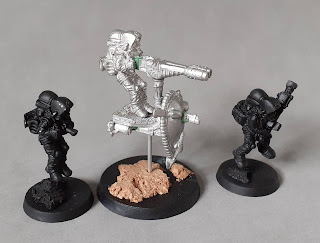 To round out the crew to 10-strong, I added an Iron Claw squat who just happens to be wearing a similar outfit to the jump troopers, and a robot also sculpted by Bob Olley for the now defunct 40mm Dick Garrison range. 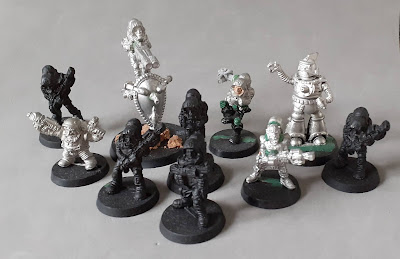