For a long time now I've been on the lookout for a generic non-military sci-fi vehicle. Something with multiple wheels and a cargo area. Something that looks utilitarian and functional. I thought the other day that my search was finally over when Gydran Studio released their resin R3 Exploration Roller vehicle. It has 6 wheels and a removable canopy to make an open or enclosed cargo area. It has the perfect generic sci-fi functional look. Sadly, it proved to be about 50% smaller than I had anticipated, so rather than having a nice hulking exploration vehicle or cargo lugger, the scale of the R3 Exploration Roller is more akin to an airport baggage cart. So the search continues, but nevertheless I now have a cool little vehicle to use alongside my new landing pad! 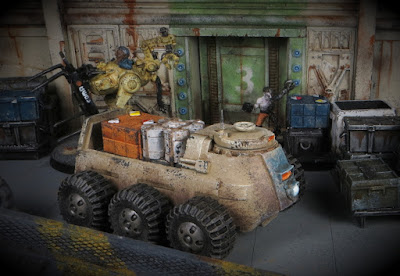 The kit itself is cast in crisp resin comprising the main body, 6 wheels, 2 roof sections, 2 hatches with access wheels, rear ramp, two side rails, antenna and front headlamp. I ended up leaving the side rails off, and assembling the roof to allow it to be removable. The roof was the trickiest element to assemble as there isn't a lot of surface area to glue the two sides together. In the end, I added some supports to the underside.
In retrospect, the photos on the Gydran website clearly show the Roller next to their space dwarf sized figures, so I should have anticipated the scale better. It does make a great transport for my ratlings though! 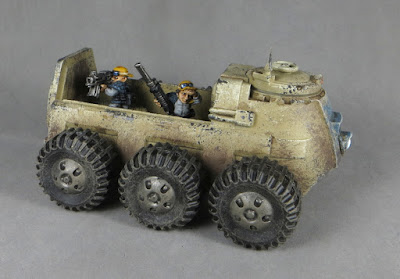 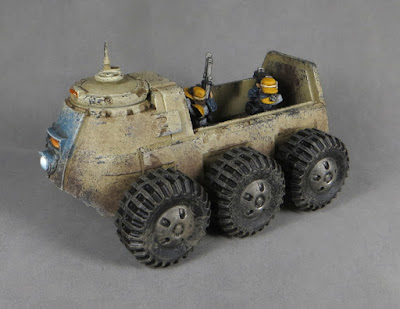 I painted the Roller in a nice light brown and very quickly drybrushed, washed, stippled and sponge-weathered it in my usual way to fool you into thinking it's properly painted! 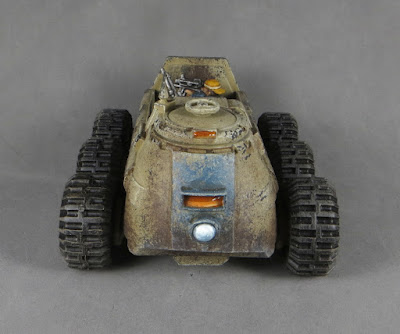 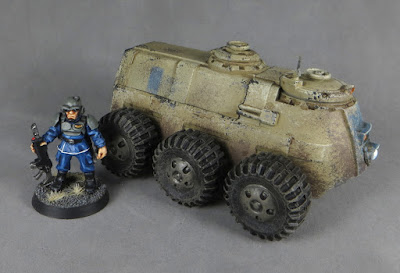 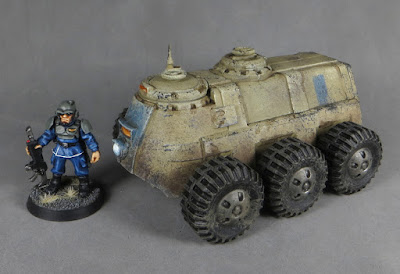 Against a standard 28mm human you can see that it's a little under-sized (based against my expectation), but theoretically I think a human could squeeze into that cab!