In my last post I covered the building of my Stargrave crew based nearly entirely on Bob Olley's Iron Claw jump troopers. This post shows off the newly painted crew in their pristine Space Fleet (or possibly Star Trooper?) uniforms. 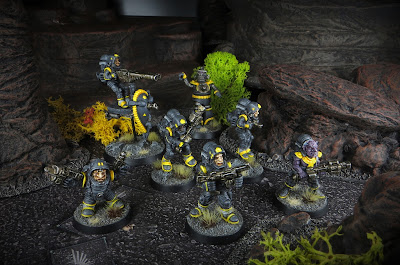 I decided to go for a slightly cleaner sci-fi look than I usually go for as I felt that the sculpts were closer to The Expanse than the Imperial stylings of the 41st Millennium. So the crew got functional grey uniforms with eye-catching yellow trim!

Here's the crew as I'm playing them in Stargrave: 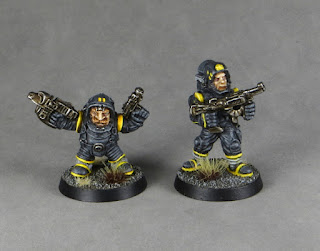 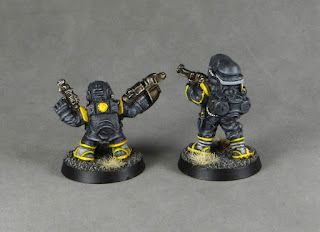 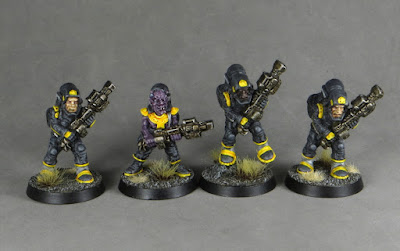 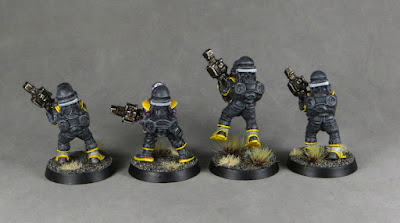 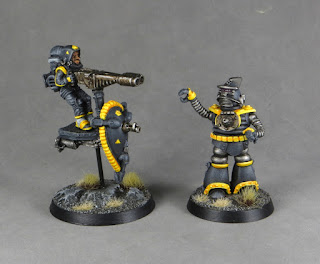 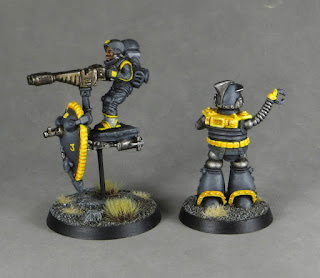 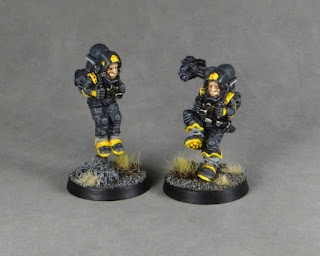 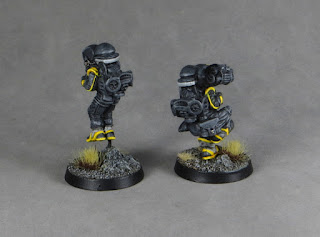 All in all I'm very pleased with how they've come out. I'm pretty confident that this might be the first ever unit of Iron Claw jump troopers in existence (happy to be corrected if someone got there before me!). I love the look and I'm really pleased to have been able to execute the crew with around 90% of components sculpted by Bob Olley! 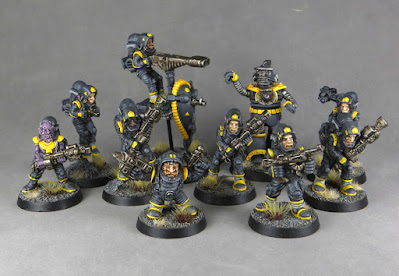 I'm even more pleased that for the first time in over a year, I was able to play a miniatures game. My good friend Graham hosted me in my first game of Stargrave (which predictably saw my newly painted crew performing abysmally!). Hope you like the crew and enjoy checking out some actual game pics below: 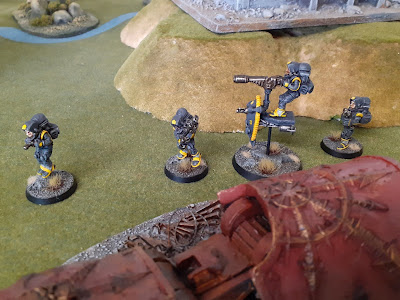 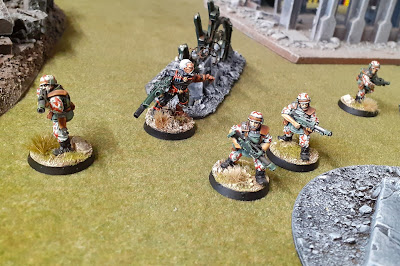 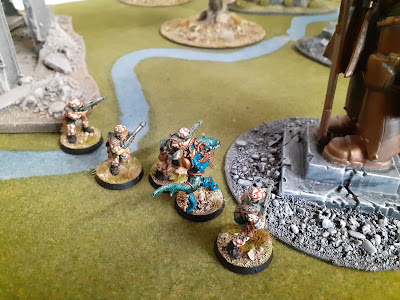 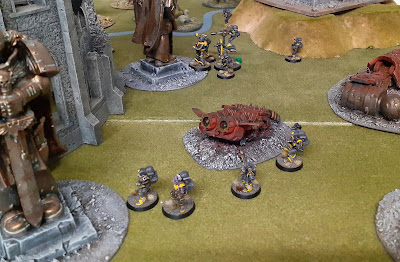