After clearing up my hobby space last week, I found a couple of relatively old unfinished projects. I decided to tackle one of them and get it finished, rather than put it in another box to be found in another couple of years! 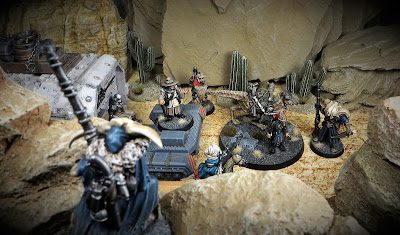 The project in question is a wasteland trader and his reptilian pack-beast. I originally converted this model back in 2015, and it has sat in various locations in my hobby room over the last 5 years. The trader is converted from an Otherworld NPC, and the pack-beast is a Rogue Trader space marine riding lizard (minus the marine and with lots of added gear). 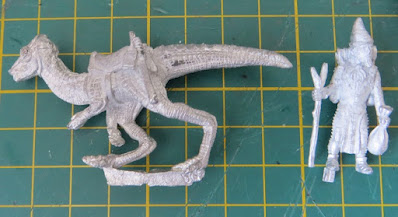 You can see from the photos below that I had originally intended to include a female companion to the trader, but I have no idea where she has gone in the intervening time! 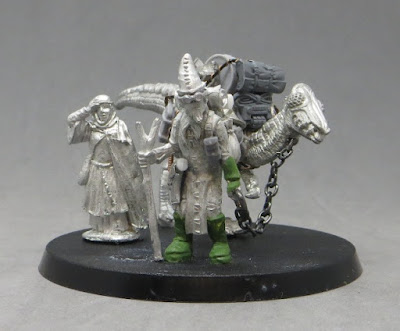 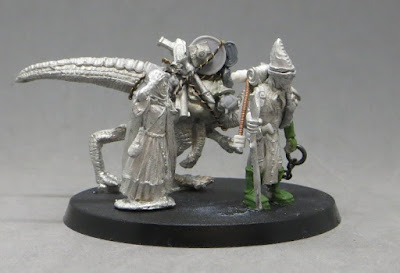 From the looks of it, I resculpted his boots, and replaced the sack in his left hand with the chain. He also got a pisol, goggles, new pouches and a rebreather. 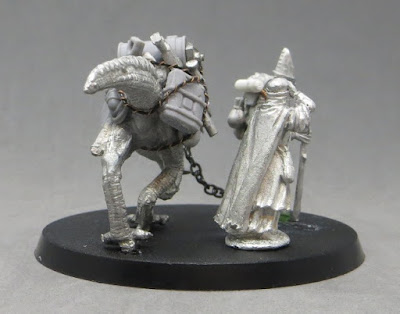 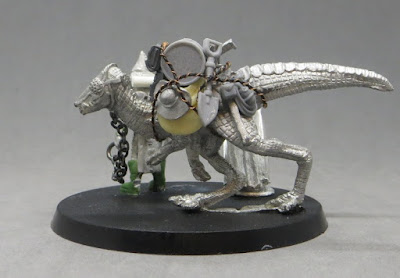 I loaded up the pack-beast with a range of resin, plastic and metal pieces from my bits box. I'm not sure where many of them came from! 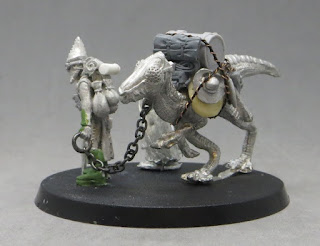 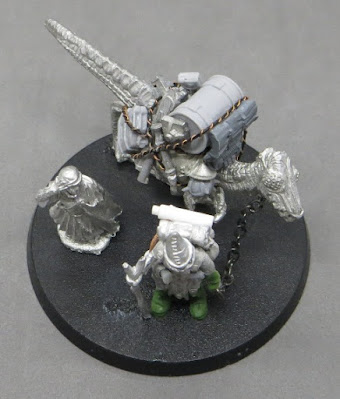 In terms of painting, I went for relatively naturalistic colours on the pack-beast. The orange and black spots are based on a species of leopard lizard. 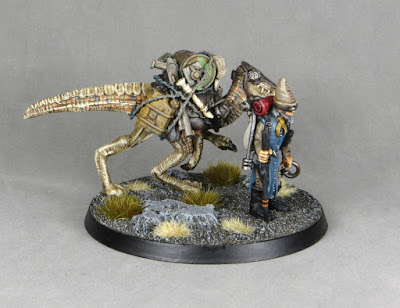 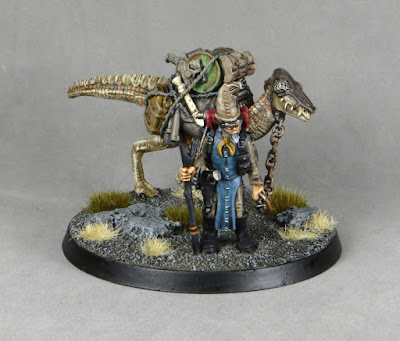 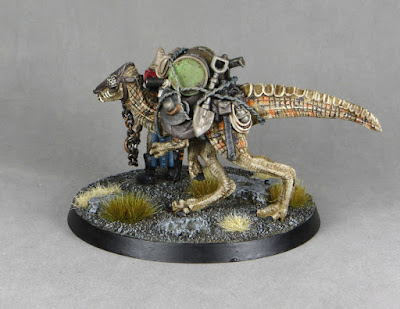 The trader himself got a dash more colour, but still relatively muted, so he ties in visually with some of my other wasteland folk such as Pash Grolin, my nomadic rider, and my guilder caravan. 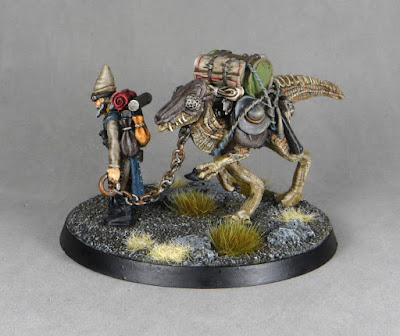 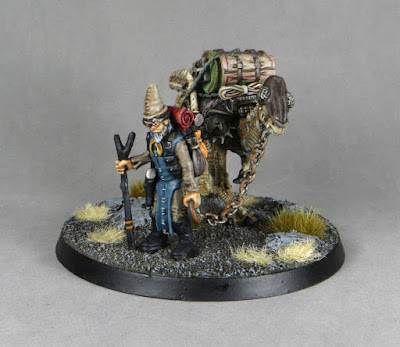 It would have been nice if I'd been able to find his companion and add her to the base, but on the flip side, I'm very happy to have finally got this figure out of the WIP pile and finished!
Posted by axiom at 10:56