The real beauty about this hobby is that people can make their own models to fill gaps in their collection, whether that's conversions or fan sculpts. I recently received a fantastic model which evokes the genestealer-csith hybrid pictured in the Rogue Trader rulebook. It came from a fellow genestealer fan who has had it sculpted and a handful cast.

The leech-like csith are (according to Rogue Trader) the original symbiotic hosts of the genestealers, before the spread out into the galaxy and managed to breed with humans (whether or not this still holds true now that genestealers are part of the Tyranid family, I don't know!).

The model is a large beastie, measuring ~45mm to the top of its raised elbow and ~65mm from horrible tentacled maw to tip of its tail. 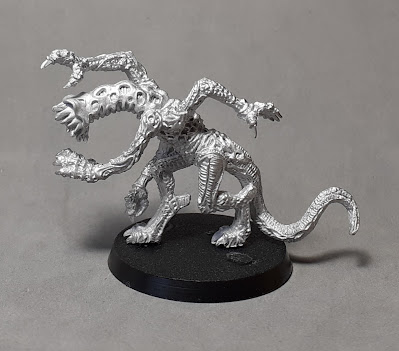 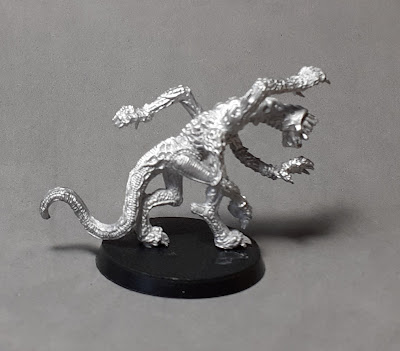 Given the lovely texture on the sculpt, I decided the best option for painting was to use a succession of glazes and washes. After basecoating with GW's Rakarth flesh and a quick drybrush with an off white, I gave the whole creature a thinned wash of flesh and purple mixed 50/50. I then went through a series of glazes (purple through to black on the limb extremities, crimson and red on the tentacles). 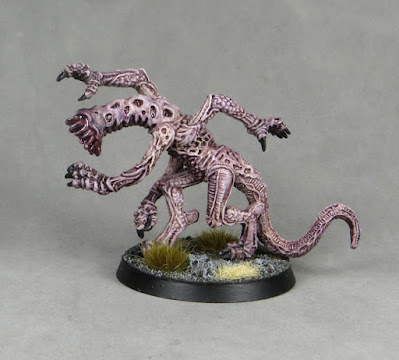 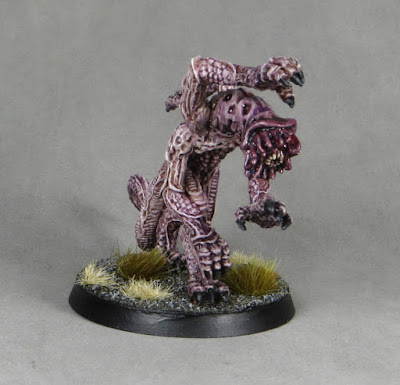 I painted the horrible lamprey-like teeth a bone colour and the claws black, before finally glossing anywhere that looked like it might be covered in slime! 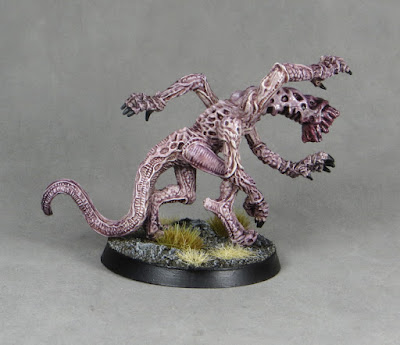 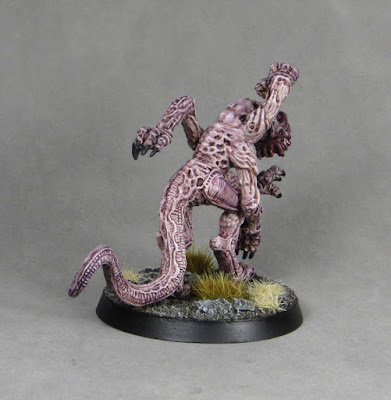 It was a really lovely figure to paint - all those textures were just perfect for a quick but effective paint scheme. I'm looking forward to having it hunt down terrified colonists in mining installations or ship's crew who have inadvertently brought it aboard their exploratory vessel!
Posted by axiom at 14:48