Traversing the Wastes - a Nomadic Rider

After all the pressure to get my chaos warband finished, I turned my attention to something in a different vein. The latest model I've completed is for another game at Bring Out Your Lead at Foundry in August - this time an Ash Wastes rider on his racing steed. 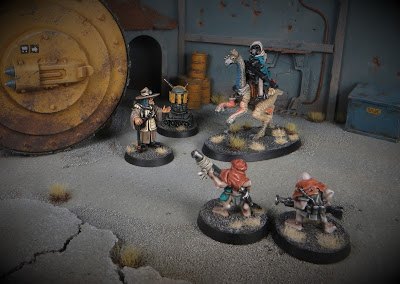 The game calls for a single mounted figure suitable for racing in the Ash Wastes. It was a perfect opportunity to make a figure that I've been planning for a long time now, ever since I bought the bizarre and exotic steed from eBay. I have completely forgotten what the steed is - I think it might be Grenadier (let me know if you know!) [EDIT: Richard Scott over at the Oldhammer FB group has identified the steed as a Crodlu from Ral Partha's AD&D Dark Sun range]. 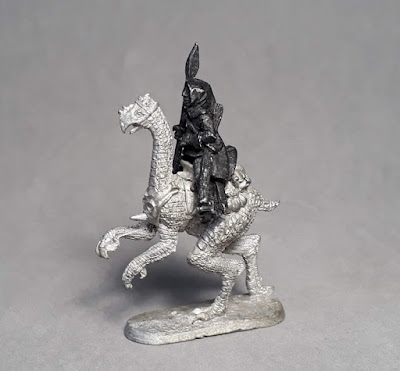 I added an old Citadel C33 Mounted Ranger as the rider, before making a few adaptations so that he'd sit better into a science fiction setting. 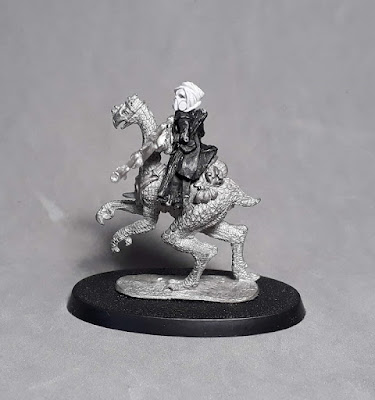 The head came from North Star's cultist accessory pack. The rifle is from one of Citadel's Vostroyan Imperial Guard snipers. 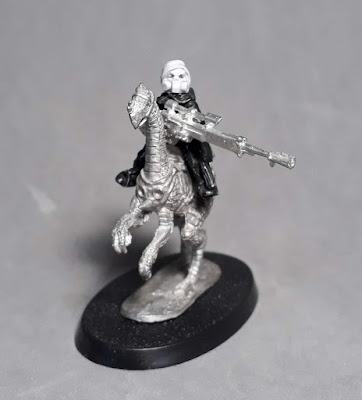 I covered the joins with some greenstuff and sculpted arms from wrist to elbow (but forgot to take a picture of the sculpted elements before paint).

The painting of the steed is loosely based on a fan-tailed lizard which is a sandy colour with blue throat and orange underside. I added some subtle markings on the neck and tail as well - hopefully it does enough to make the steed look exotic. 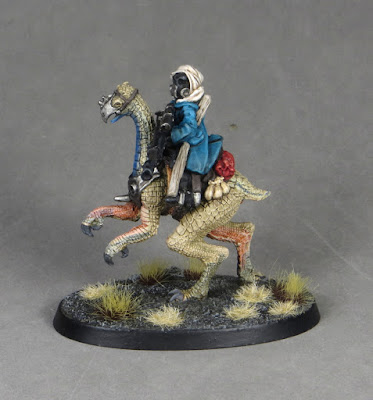 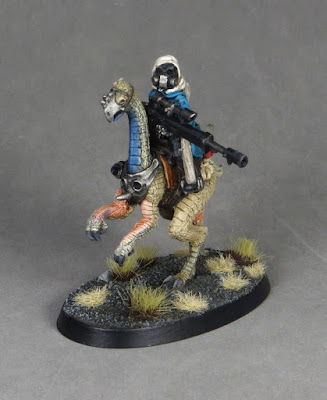 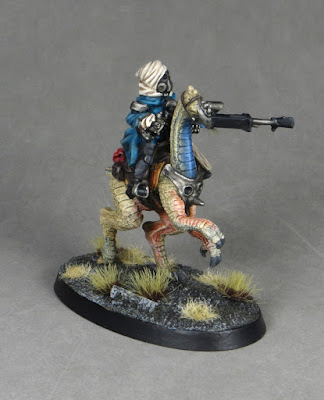 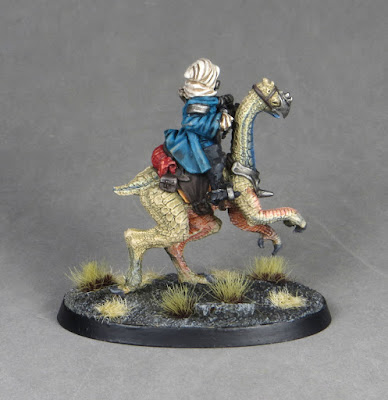 The rolled blanket at the rear of the rider was painted in some reds and oranges to evoke Middle-Eastern woven rugs. Finally the rider received a turquoise robe and white head wrap, based on the striking outfit of a Tuareg tribesman I pulled up from an image search. 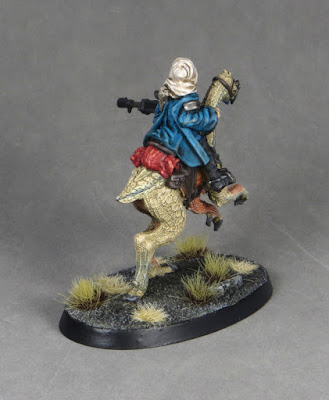 The larger base gave me opportunity to add a few more scenic elements than I usually use in the form of some tufts and rocks. Overall I think he looks the part as a nomadic rider - perfect for adding into my game setting as well as participating in a race across the wastes!