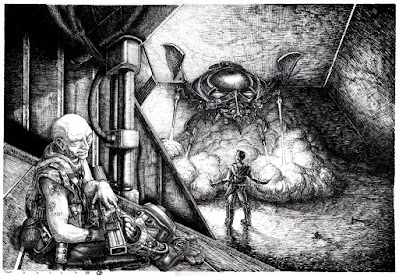 My starting point was to try and source some figures that had similar details to the artwork. The seated figure is very close to one of the Rogue Trader pirates, whilst the helmet is identical to that worn by Worldburner from the Mercenaries range. 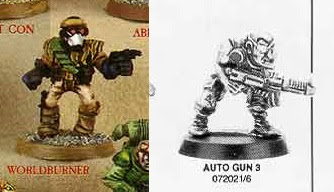 With the two key models sourced, I started thinking about the wider scene. Initially I planned to create the whole scene, with both characters and the spacecraft. 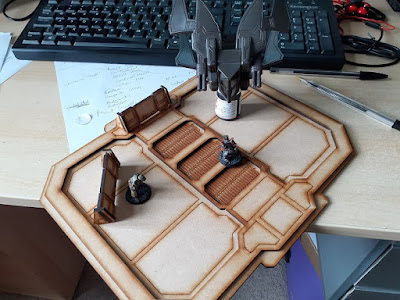 However, doing this placed the seated mercenary (we'll call him Worldburner from now on) on the fringes of the scene rather than being the focal point. I decided to lose the hangar, the second mercenary and the ship. Worldburner taking a break would be the focus of my model.

I took a break of a week or so to make sure I was happy with the conversion. It's not a 100% match to the illustration, but hopefully it looks like it could be another frame in the same scene!
Painting-wise, I decided to go for a weathered white and grey on the diorama base, and bright orange and flesh to stand out (orange seemed fitting for someone named Worldburner). I'll let the pictures speak for themselves! 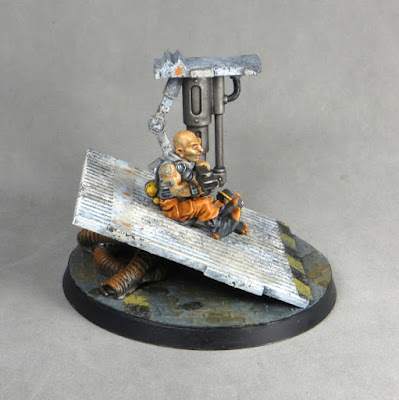 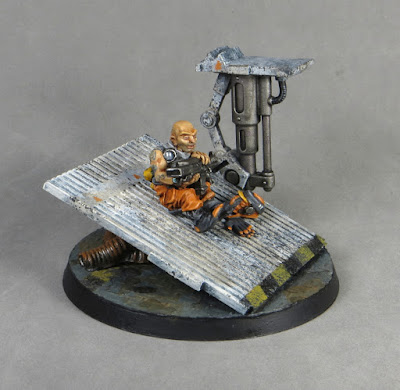 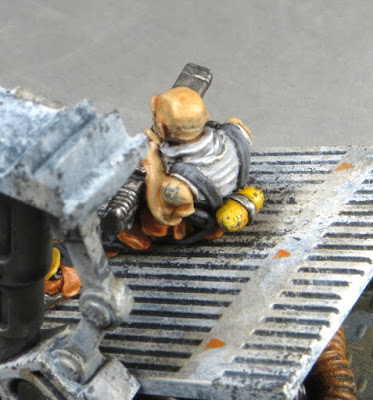 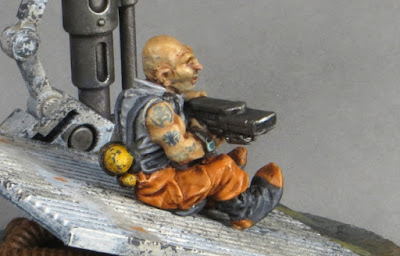 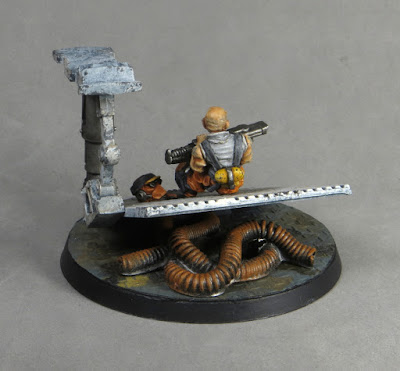 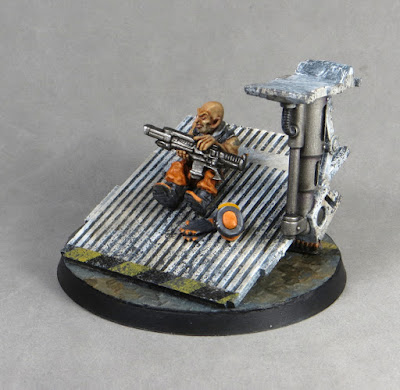 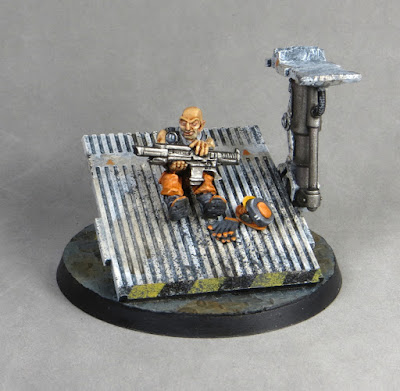 All in all, I'm pretty happy with how he turned out. He even works nicely if you try and fill in the scene around him! 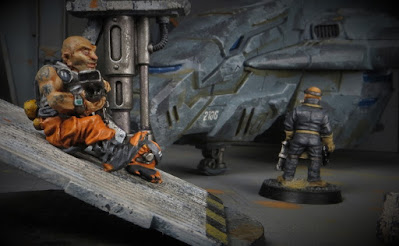