A Larger Hab for a Person of Means

After enjoying the construction and painting of the previous two habs, I've been on a non-stop urban expansion drive! I've finished a third slightly larger hab, and have another five at various WIP stages.
My third hab is a two-storey (or possibly one-and-a-half storey) construction to add some height and variety to the settlement. 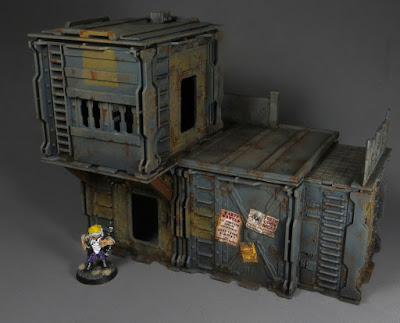 As you can see, the hab is constructed using the same approach as the previous two (old Necromunda bulkheads), but with the addition of an overhanging first floor and porch extension on the side.
The roof and most of the detailing was made from plasticard or plastic strip, whilst I think the porch extension sections came from a Technolog Platformer kit. 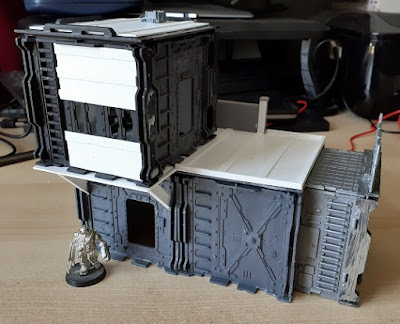 I added a section of balcony balustrade from an old piece of GW city fight kit to the rear. 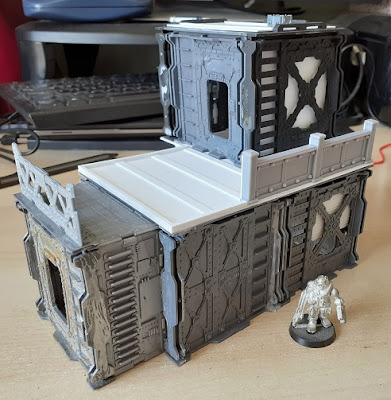 I also made a removable roof for the first floor room, allowing figures to be placed inside for an excellent sniping position with three fields of fire. 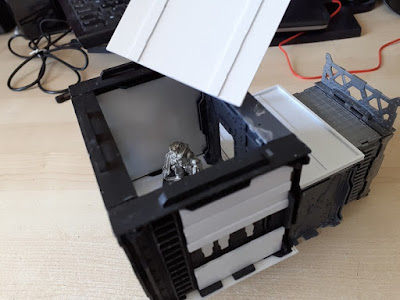 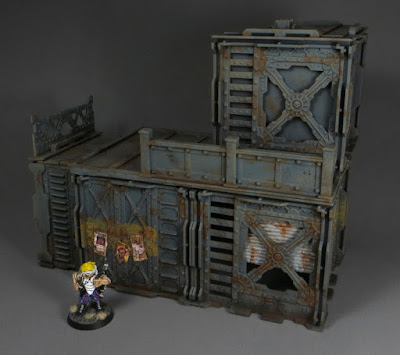 I also added a few posters that I printed out and glued on with pva as a bit of extra detail. Once you start butting a couple of these up against each other, a really convincing street scene starts to emerge! 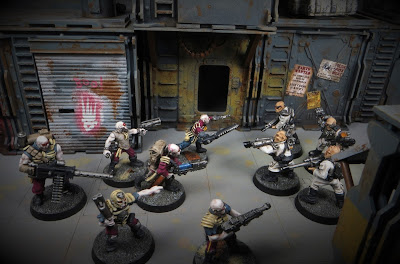