The Shop on the Corner - A Necromundan Trading Post

Hopefully you're not bored of seeing buildings constructed from old Necromunda bulkheads, as I've finished a couple more!
This time I've delved into the world of commerce with a general store topped by another hab unit (a mixed commercial and residential unit if you like!). 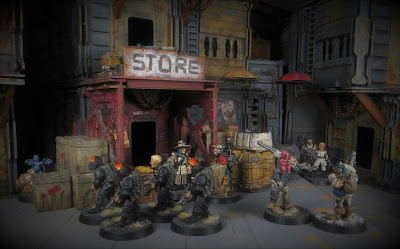 The new building is also modular, allowing me to set up as a two-storey building, or two separate structures. I can even combine them with my smaller habs and create some ramshackle multi-level buildings! 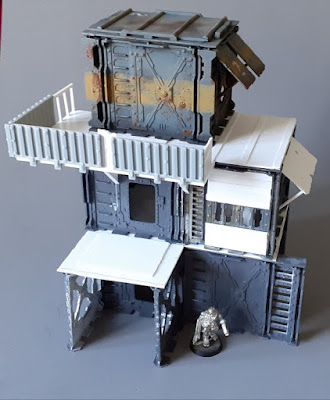 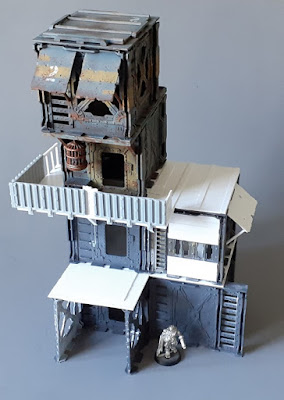 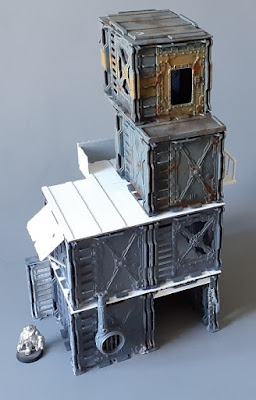 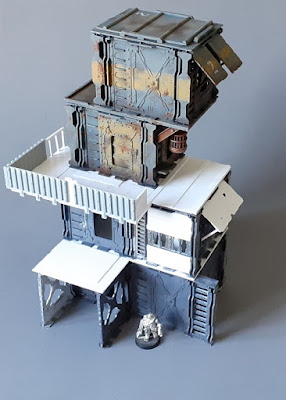 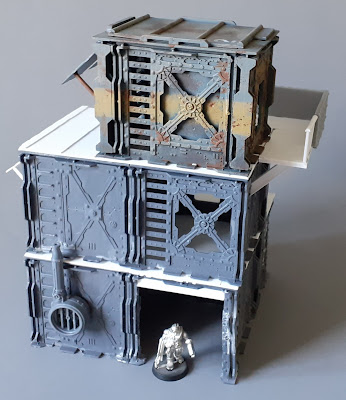 Like the other buildings to date, red denotes a commercial property, and yellow a residential property.
The construction of this pair followed the same approach as the other habs - in essence just using the bulkheads for walls and adding a plasticard roof. I then detailed with styrene strip and some bits from other kits.

I even made an internal staircase to match up to the roof access, although 99% of the time it turns out it can't be seen! 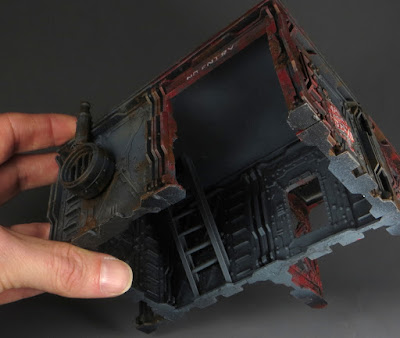 The two buildings look pretty cool as separate structures, although I like them best as a two-storey building. 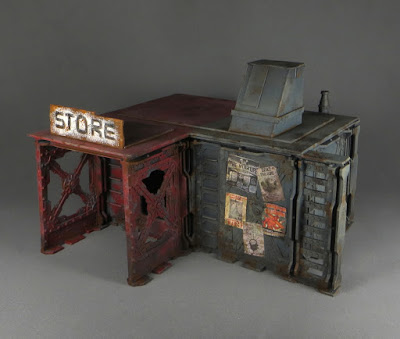 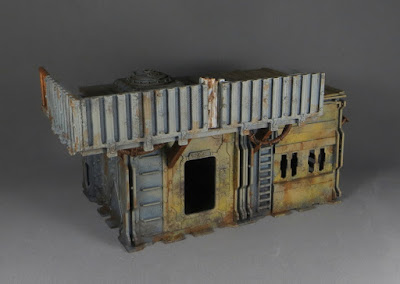 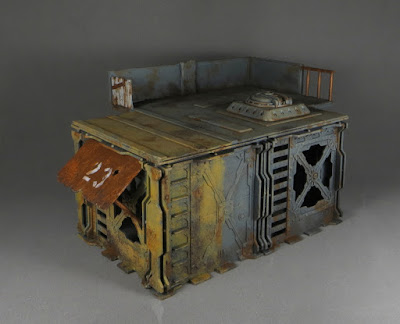 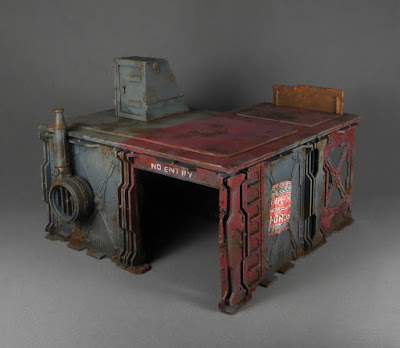 I'm putting the finishing touches to my last Necromunda building - a little mechanic's workshop. After that I probably need to take a break, but I've got a board's worth of terrain out of the project!
Posted by axiom at 11:23