A squad of five Inquisitional commandos is nice, but two squads is much better. Especially when you get some fancy weapons and a doctrine-spouting officer to boot. 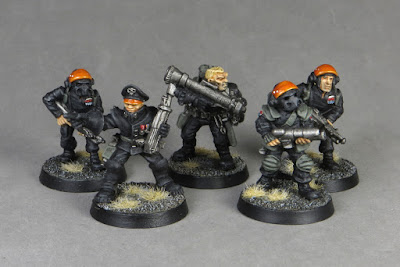 I decided to repurpose a Rogue Trader commissar as my commando officer as he looks the perfect tool of a totalitarian state. He got a matching black uniform and a nice orange peak on his recently hat. 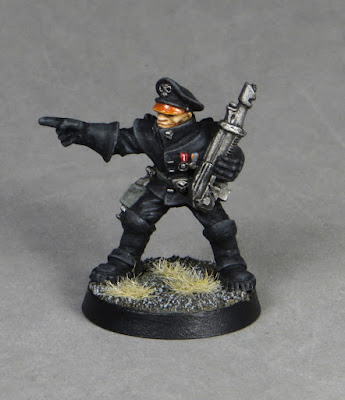 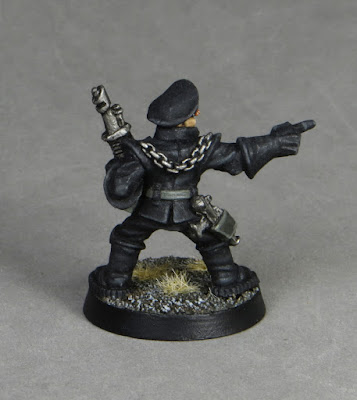 Next up are another pair of troopers painted to match the previous lot: 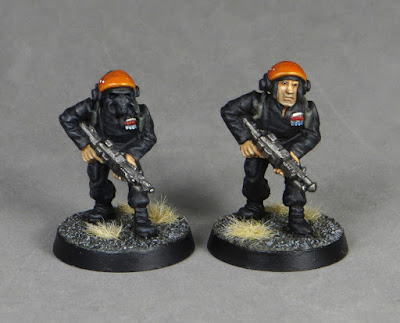 Finally, I wanted to add in some weapons option to the squad. I selected a Chainsaw Warrior with missile launcher as the model loosely looked like it could be wearing similar gear to the other troopers. I did make a greenstuff cast of one of the backpacks to try to tie him in a little better. The details of the cast turned out a bit soft, but to be honest once painted, it looks fine. 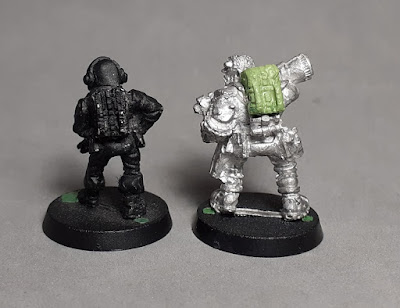 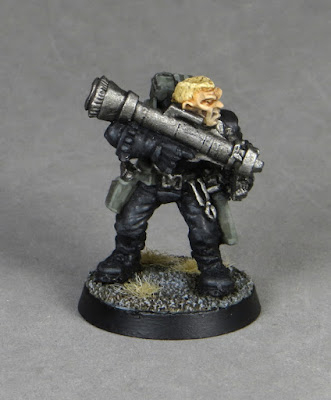 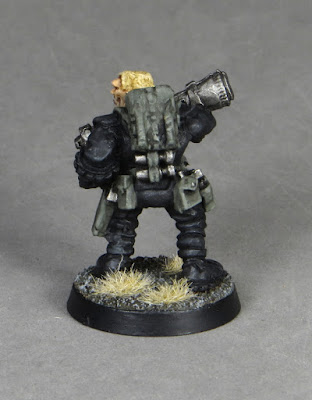 The final figure is another specialist, converted from a Citadel Judge Dredd riot judge with riot foam. His foam cannon is easily passed off as a grenade launcher, flamer or web gun I think. To tie him closer with the other troopers I made another greenstuff cast of one of the masked and helmeted heads, as well as resculpting his boots. 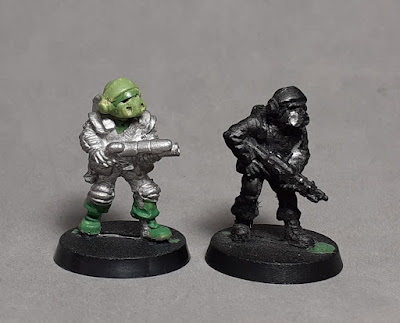 I painted him to match the other troopers, although he has more armour and padding. As a specialist trooper I figure its perfectly acceptable for him to have specialist non-standard gear. Once again, the details on the cast head are a little soft, but painted up I think it's only evident if you look closely. 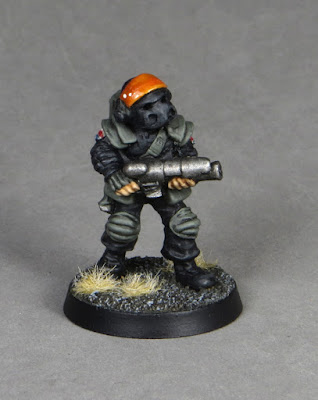 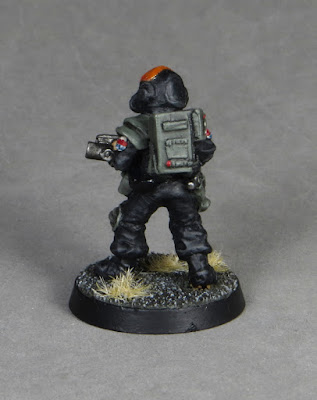 The five new figures now give me a ten-strong force, which I plan to supplement with a suitable higher ranking character and possibly a support vehicle. 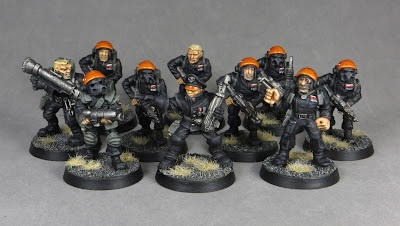 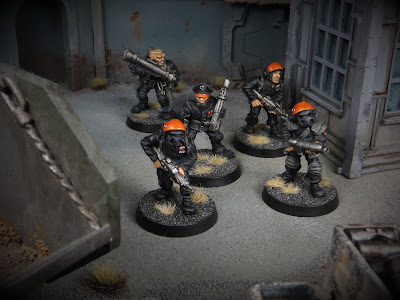