Every so often I spy a random figure on ebay that really appeals. Most recently it was a female figure in an asymmetric dress with a blaster pistol. I checked with the seller who assured me that it was 28mm scale, so I risked a couple of quid and bought it. 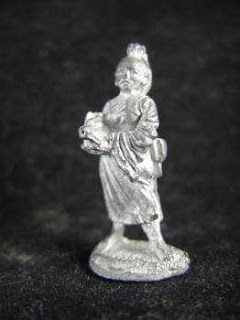 When it arrived, I was a little disappointed as the figure was closer to 25mm in scale. Some research revealed that she was a 'Woman Adventurer' from the Grenadier Gamma World range. Although a tad too small for an adult female, she could, with her round face, represent a young girl. So I painted her anyway!


I painted her in similarly bright colours to my Rogue Quest barbarian (based on an old pre-slotta amazon) from a few years ago, with eye-catching pink hair and a nice blue dress. 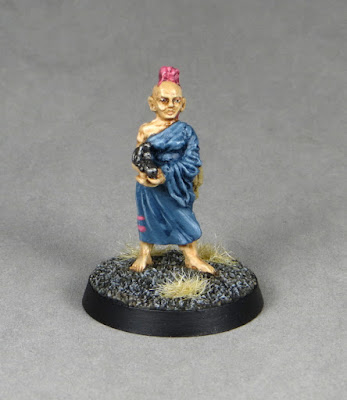 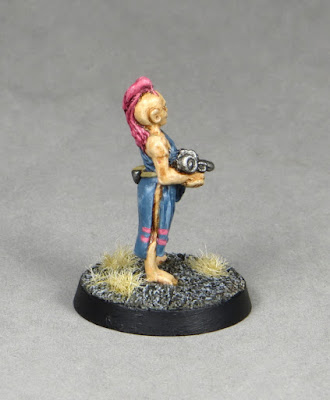 I did rush her a little as I was painting her during the drying time of another figure - I guess in all she took no more than an hour total. Not my best work, but she's another nice NPC to get onto the table. 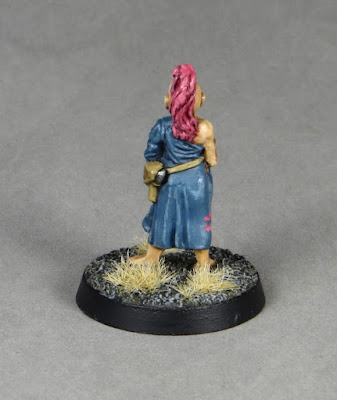 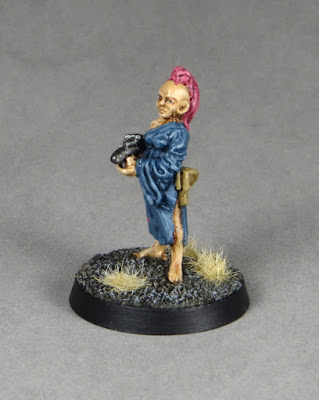 I think she actually does work pretty nicely scale-wise with my other space kids: 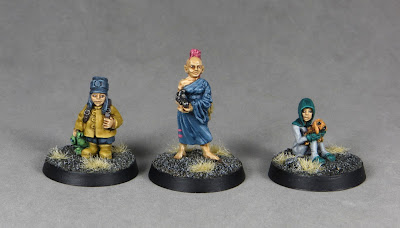 I perhaps ought to see what other 25mm figures might work as kids in 28mm? Some of the Spacefarers range might have some potential.
Posted by axiom at 14:02