Much in the same way with my Brat gang at the end of last year, this post is something of a full stop to my Venator gang, a project that has spanned two years. I have rounded out the original 6-strong plastic group to include the 4 Marauder Venators and a bunch of other converted figures. I was however missing a dedicated leader and heavy weapon for the group, something I've now rectified. 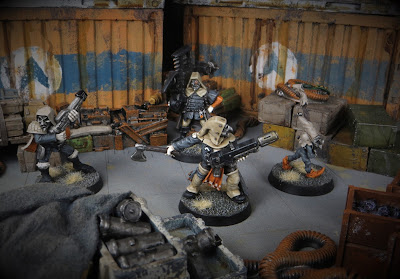 The Master of the Hunt
I spent a long time thinking about how to represent my Venator leader, but in the end it was settled once I decided I was going to arm him with a deadly meltagun. I've always liked Michael Perry's Orlock leader, so it was a quick mental jump to consider the model.


Broadly speaking, the conversion was as planned. I couldn't get the head at quite the same angle because of the stockiness of the Orlock body (which would have made it look odd later). With the head angle more neutral, the axe arm had to be a bit less dynamic as a result too. 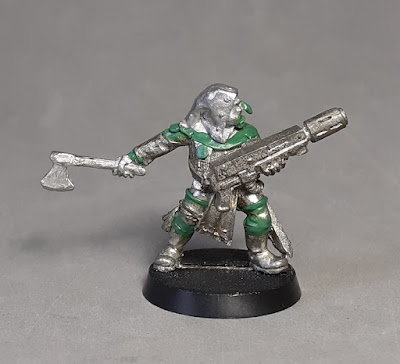 Most of the cool details on the Orlock were left as is. I changed his boots to gaiters (to mirror the combat-equipped Marauder figure) and added the hood collar. I also spent a bit of time making the mask more grotesque with an enlarged chin and elongated nose! 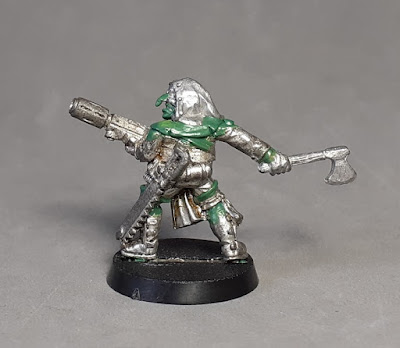 The painting came together pretty easily, as I'd established colours on the previous models. Whilst the sculpting on the gaiters was a little rough in places, I was able to hide it with the painting I think. 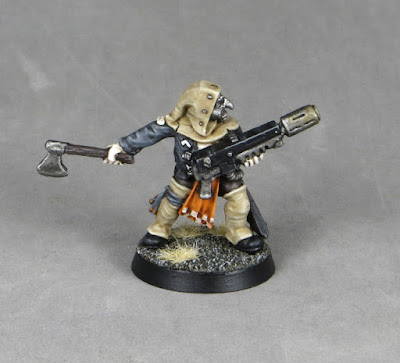 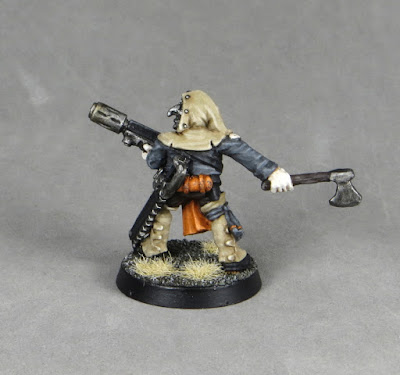 The Heavy Hitter
Given that Venators have access to the full array of wargear on offer, I decided to go for a non-standard heavy weapon. I very nearly plumped for the devastating autocannon, but a missile launcher is more versatile and a lot of fun too!

This guy was based on a Mordheim Witch Hunter. I removed the sword arm and head, replacing the head with one from another Redemptionist. The new arm was sourced from the Rogue Trader plastic arm sprue, and the missile launcher is of course from the RTB01 plastic space marine kit. 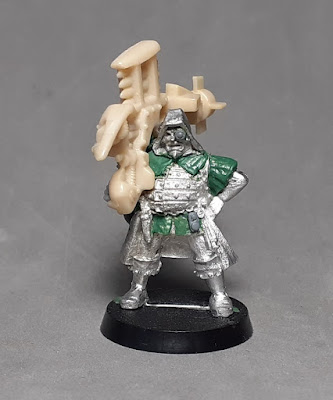 He got a new collar for his hood and some oversculpting on some chainmail areas to his jerkin and sleeves. 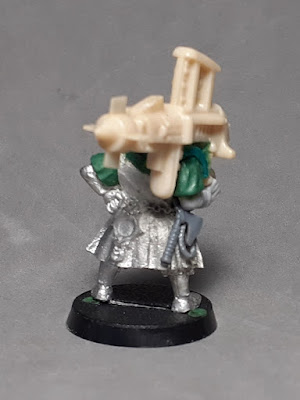 I added a new shoulder support to fill the gap where the space marine shoulder pad would usually fit. The it was just a case of adding a few extra plastic details like the lens on the mask and the iconic axe and noose. 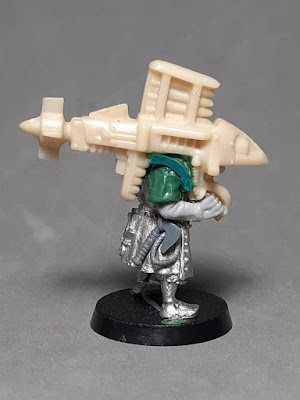 The coat on the champion required me to plan out the colours a little more carefully on this guy, as he had more layers of clothing - in the end I decided on brown leather for the coat. 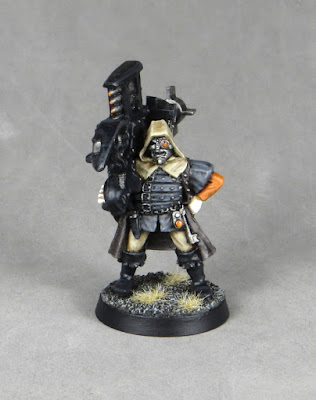 So that's a nice group of 10 chunky old-school Venators which can be used alongside the plastic conversions.

On the tabletop, they look pleasingly coherent, and I'm looking forward to using them in the next campaign.
Posted by axiom at 09:02