Buoyed by the success of painting up the last two Marauder Venators, I decided to finish off another long overdue project - my Ash Waste Nomads. Painted between the end of 2014 and the start of 2015, my gaudily coloured nomads were the first gang I used in the first game of Necromunda I played after several decades away from the game. They've got a lot to answer for I guess!

Although I painted up the most of the Confrontation era range alongside some conversions, for some reason I'd never got around to painting up the final Marauder nomad (armed with a chainsword and laspistol). That's no longer the case and I am happy to now have a fully painted set!


Looking at these figures with fresh eyes, I'm still fond of their eye-popping colour scheme, although I think that now I'd look to add some dust and weather stains. The pointing shaman and the poncho-wearing gunslinger are my favourites, and I'm still not particularly fond of the newest combat addition.

He got painted up in a scheme that was as close as I could get to replicating a paint job from ~five years ago. I think his red scarf elements are a little darker, and the yellow isn't quite as bright, but apart from that he's close enough. 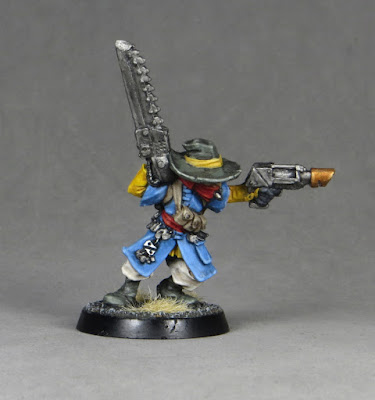 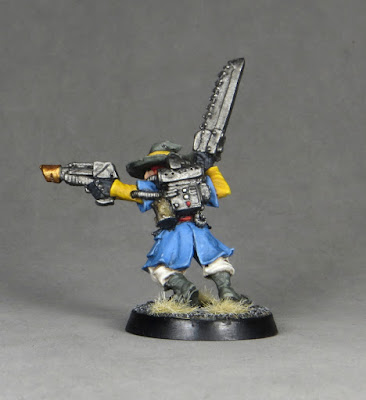 I think he's a nice figure to close out the year with though - long-neglected and well overdue, but neatly closing out a sub-set of my Confrontation collection.

And because I had a lot of fun setting up a Western themed photoshoot, you get to see it twice (this time without the sepia filter! 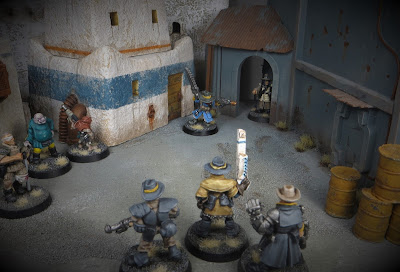