The Baron and the Imp - Helmawr Leader and Attendant

I've made some more progress with my Helmawr gang, finishing off another three fighters. This time they include my planned leader and an attendant. 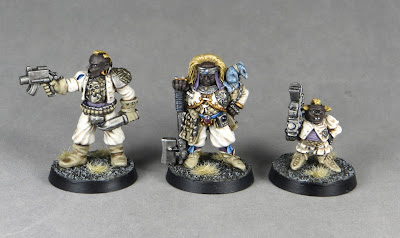 The Helmawr leader figure is a marvellous sculpt by Jes Goodwin, festooned with details, from his natty jacket to the bows just below his knees. The figure is clearly based on John Blanche's sketch of a merchant clan head from White Dwarf 131, but the tab on the figure reads 'Helmawr Clan'.


I replicated the colour scheme used on the other fighters to date, adding in a few more spots of colour with the cool blue and purple, as well as increasing the gold detailing, hopefully reflecting his status. 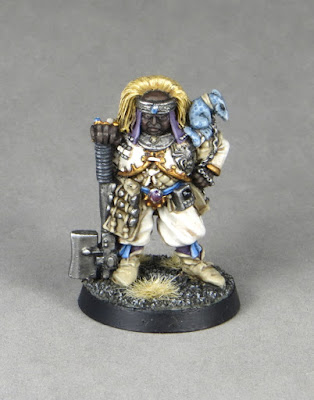 I'm particularly pleased with his little weird blue pet. I added the dappled markings to evoke John Blanche's sketch just by dabbing on spots of a watered down blue wash. 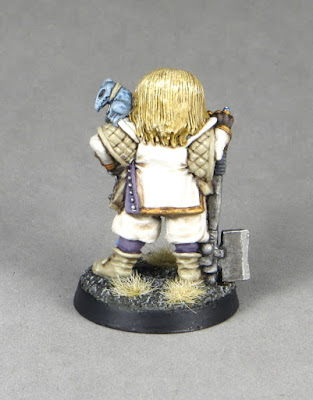 In game terms, I prefer my leaders not to be armed exclusively for close combat. A trick I've used before to avoid overloading the models with guns strapped to their backs and the like, is to make little attendant figures to hold their weapons. My Helmawr leader is no different - the sculpt is wonderful as is and I couldn't bear to spoil it with a gun, so I made him a companion to carry his boltgun.

I based the figure on a mid-1990s Empire Halfling archer who already had a bald head and lots of similar design features to the Helmawr figures. I removed his bow, quiver, feet and annoying hat which covered the entirety of his back. 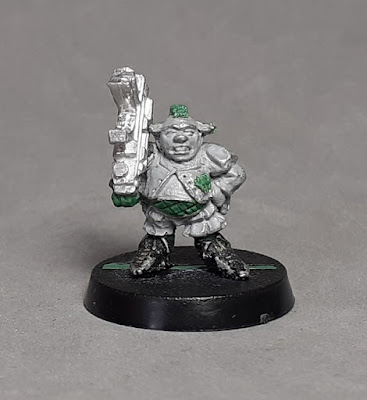 He then received a new pair of shoes (from a broken Talisman priest), a bolter held at a jaunty angle on his shoulder, and loads of sculpted detail. 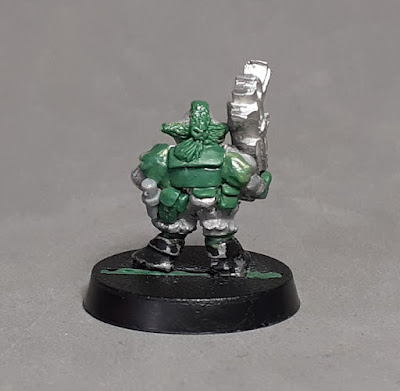 After a paint job to tie him in with the leader, I think he looks the part. 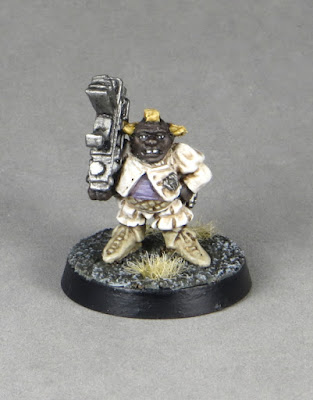 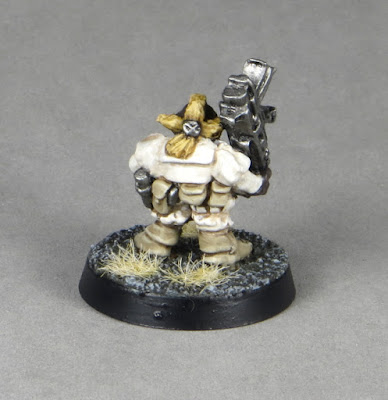 I seem to have made a habit of including little guys in the warbands I've made over the last couple of years - here's a selection! 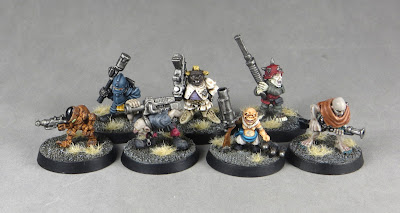 The final addition is another of the unreleased Helmawr gangers. I made the comment last time that the sculpting was a bit chunky on these, and it is. But they are actually really fun to paint as a result. I'm warming to them as I get them painted! 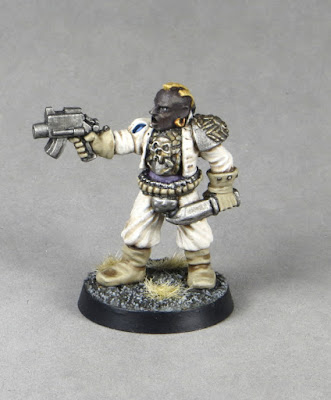 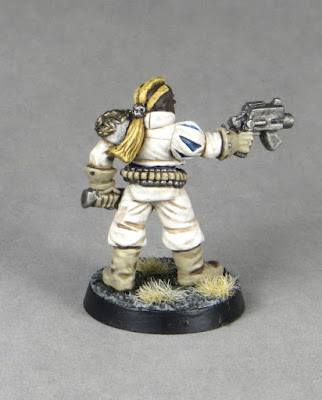 I just need to paint up another couple of these guys for a starting gang, and then I can start thinking about some specialists equipped with more exotic weaponry! 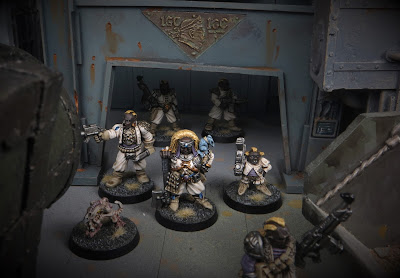