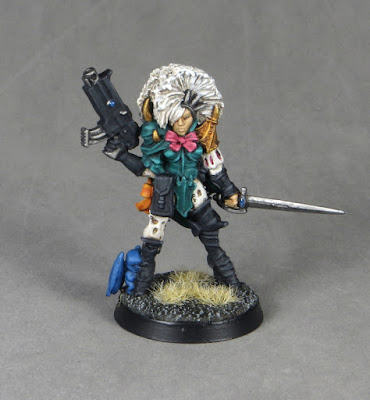 Like her fellow Brats, Visage is clad in gaudy jade and white, with splashes of pink and orange. 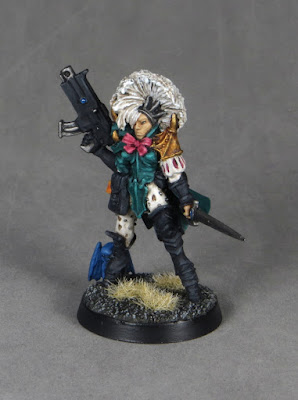 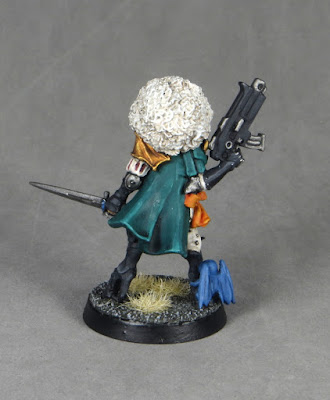 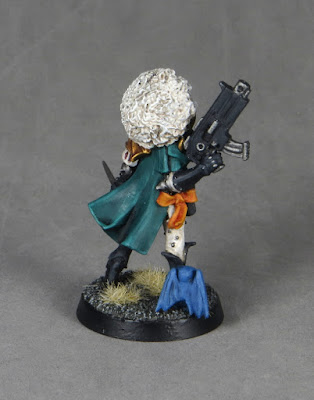 I made Visage from the Citadel limited edition LE15 Kinky Chaosette. I removed both arms at the elbow, replacing the right with a Sisters of Silence bolter arm, and the left with an Escher stiletto sword. I sculpted some sleeve details on the upper arms to hide the cut marks. 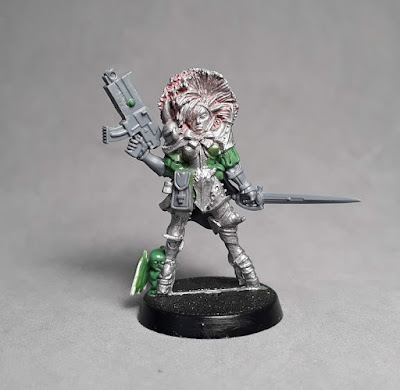 Visage's jacket was made from a piece from an Adeptus Mechanicus skitarii coat, which I blended into her back with more greenstuff. 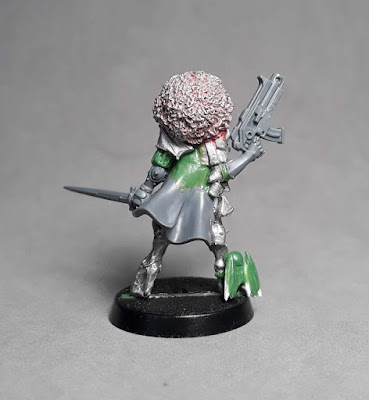 As for her little caryatid - I sculpted him almost entirely from greenstuff. The wings were sculpted over a small piece of shaped plasticard to add some structure. Believe me, sculpting that teeny face was a really frustrating process (I lost several tiny balls of greenstuff trying to make his eyes!). I think it came out OK in the end! 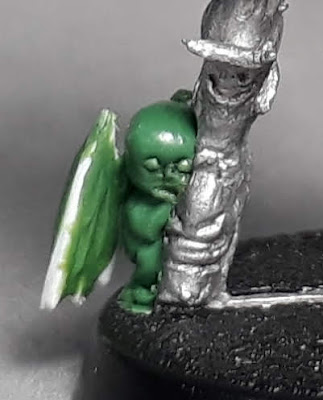 All in all, I'm very pleased with the result - she is clearly higher ranking than her gang-mates and looks suitably imposing and eye-catching! 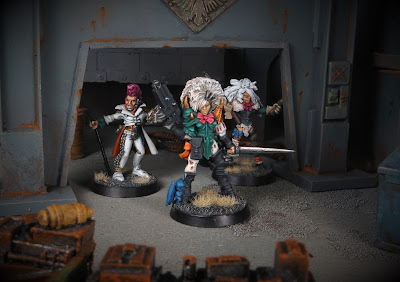