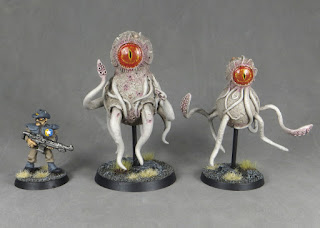 Unfortunately the larger beast was missing a tentacle, but I was easily able to make a new one from a rolled cone of greenstuff that I draped over some pencils as it cured. 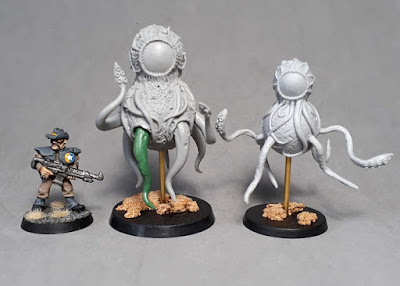 The Cortex Eater is a crisp, chunky sculpt. The relatively dormant tentacles add to the sense of weight of the model. I painted it up in a dull skin colour that was then successively washed with browns and pinks and drybrushed by adding a pale flesh to the original colour. The eye is a fairly slavish copy of the Eye of Sauron from the Lord of the Rings films, completed with a couple of layers of gloss varnish. 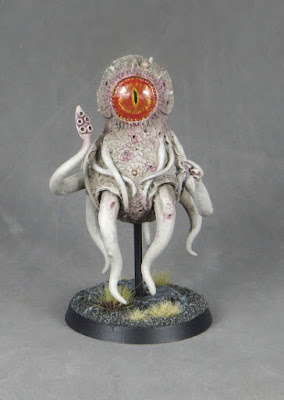 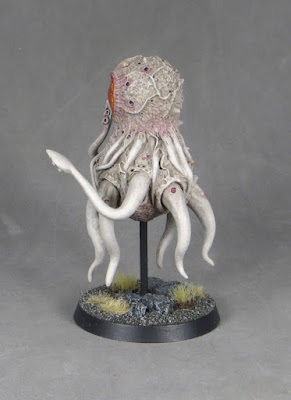 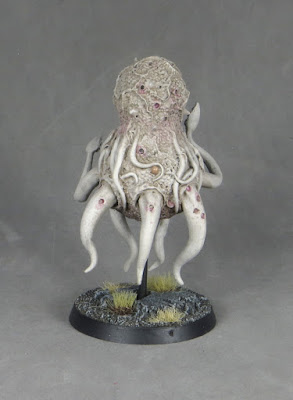 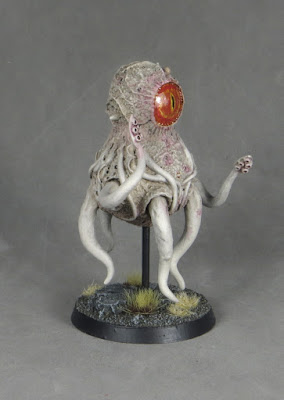 The smaller beast has much thinner resin tentacles, designed to be heated and bent into the desired shape. I like the greater animation that this smaller beast has - it feels like a more active, aggressive and possibly younger creature. 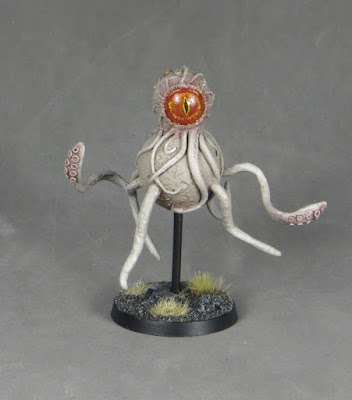 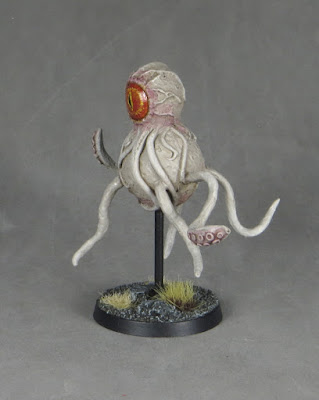 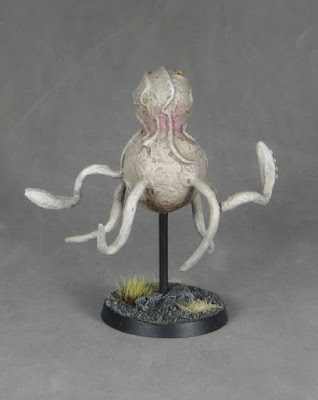 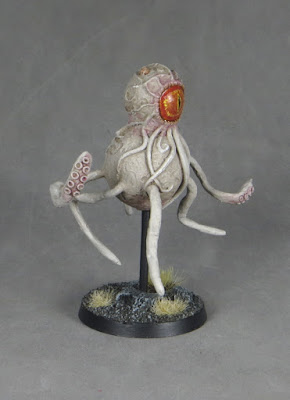 I decided to mount the pair on textured bases with brass rod supports rather than the clear plastic flying bases they were provided with as I think this is a little less obtrusive.

I've also been eyeing up the Mind Controllers set from the recent Knightmare Games Space Goblins Kickstarter. I mean if you're going to invade a world with one-eyed tentacled slaver aliens, perhaps you need more than just a handful!