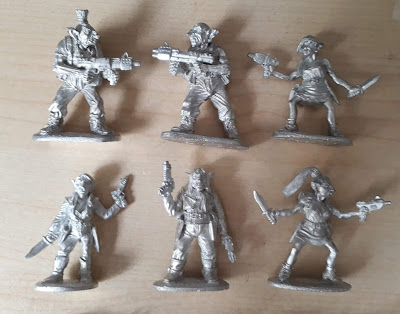 Coincidentally, shortly after I bought the figures, a painting competition was launched on the Oldhammer Facebook group to paint up Bob Olley figures. It seemed the perfect opportunity to paint up a couple of my Trollgrim! 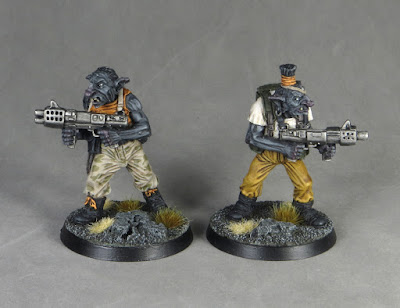 I chose to paint up Chopper and Trader - both more traditional hulking troll types with big heavy calibre guns. I decided to give them a vaguely mercenary feel, with some military equipment teamed with more individual elements.

I painted Trader with a military green knapsack and webbing, teamed with a white t-shirt and mustard coloured trousers. 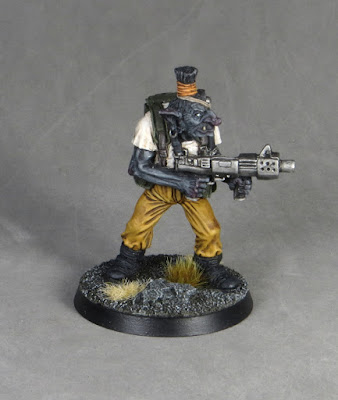 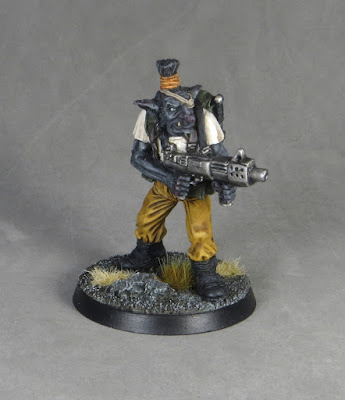 I borrowed the skin colour and reddened knuckles, nose, ears and elbows very heavily from Asslessman's ogres and trolls. 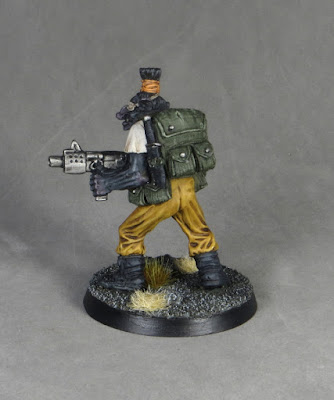 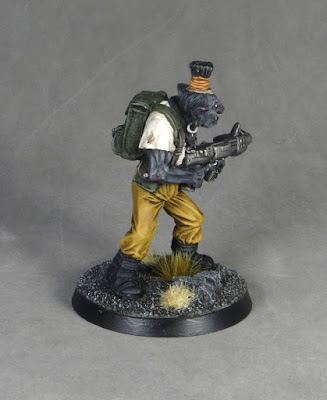 With Chopper I went for an orange vest (the same colour I used on Trader's topknot) and attempted some desert camo on his trousers. 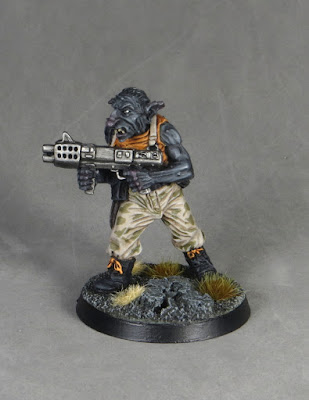 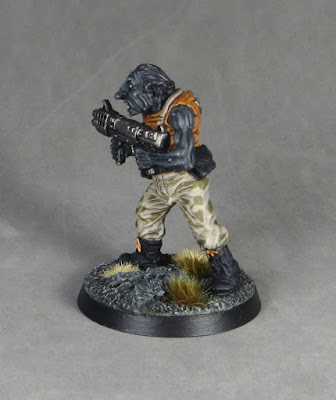 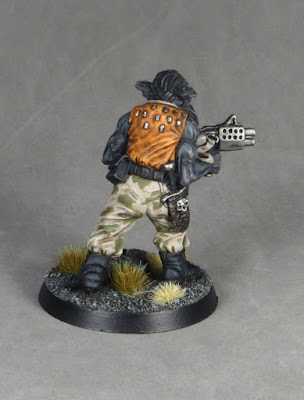 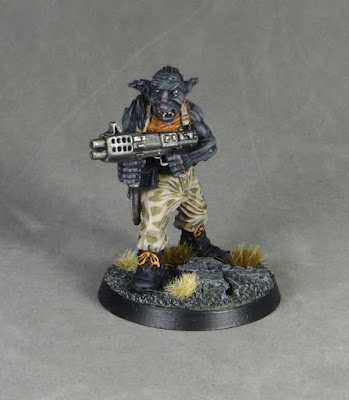 I'm really pleased with both how they came out and how pleasurable they were to paint. The details were crisp and clear and the figures are full of texture and character - just look at their faces!

Size-wise, they do tower over 28mm figures, and would probably even intimidate a Rogue Trader ogryn. But they're space trolls, so being big and scary is alright by me! 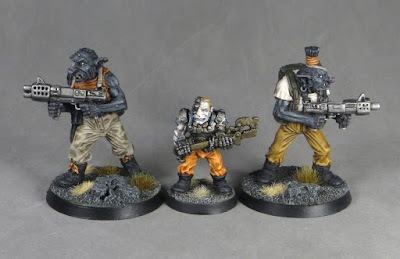