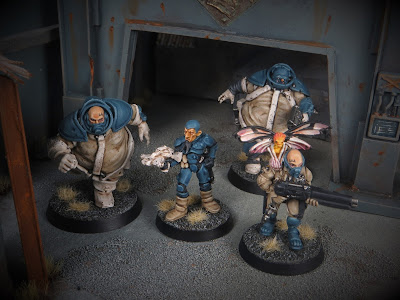 I built my shore party from a pretty wide variey of figures. As a Cold Trader is equipped with a sling gun and a suit of armourweave (shuriken catapult and Eldar psycho-reactive armour?), I based mine on an old Rogue Trader Eldar figure. He got new boots (from a Heroquest henchman!) and head from a Warhammer Empire wizard. 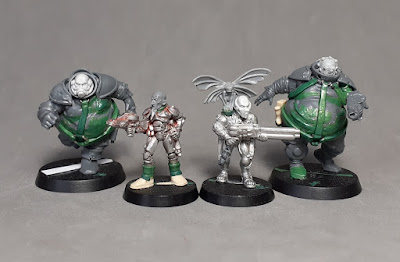 Second in command is the Bosun - a junior crew member armed with a shotgun. I settled on using an old Necromunda Van Saar ganger to give him a void suit look. His head is from the North Star cultist sci-fi accessory pack, while the alien pet is a sprite from a Warhammer wood elf kit.

The two Void-Born Scum are high-strength, high-toughness bodyguards armed with pistols and knives. I bought a pair of Blood Bowl Nurgle bloaters and carved and filed away all the wounds and corruption, before oversculpting to give them one-piece flight suits. The strapping was very deliberately copied from the old Citadel Klegg models in the vein of my Grigor Klegane conversion from a few years back. 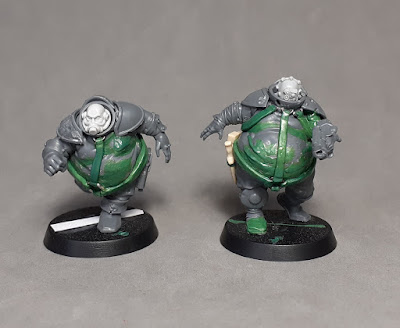 After some indecision on the heads I settled on a second head from the North Star pack, and one cut from a Forgeworld Tech Thrall. The knives and pouches are from the RTB01 plastic space marine kit, whilst the holstered pistol is from (I think) a space marine Primaris Reiver. The pistol arm on the upright guy is from the Necromunda Goliath sprue. 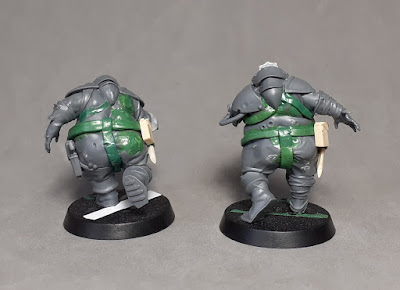 Cold Trader Johannes Krail, purveyor of the exotic and the unknowable

Krail was actually the last figure I painted, as I was uncertain how to paint him. I knew I wanted him to stand out, but not necessarily to be eye-catchingly bright and gaudy - a Cold Trader does not want to draw attention to themselves!

After seeking advice, I went for the striking blue set of armour, and a worn but unusual white sling gun - I figured that obtaining a shuriken catapult in pristine condition might be tricky! 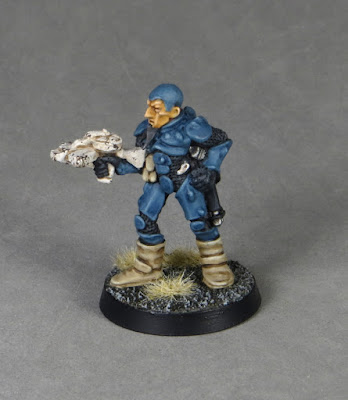 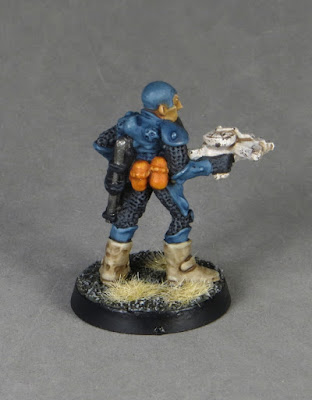 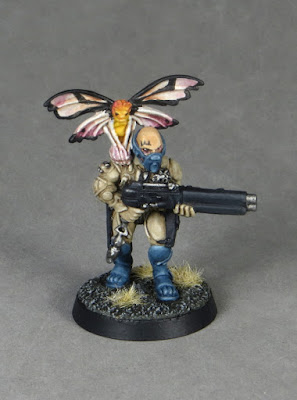 Where Krail has his natty blue armour, Jeong got a functional khaki void suit with some blue flashes. I had a lot of fun researching brightly coloured insects for his little pet, before stumbling on this great concept of a fox-sized moth by Dina Norlund from a project entitled New-Earth.


I pared back some of the colour intensity, but otherwise tried to mimic the design pretty closely. 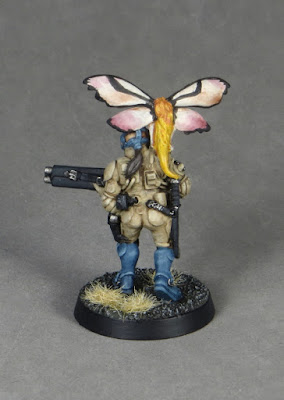 This pair of big lads got the same colour scheme as their bosun in the main - khaki flight suits and blue details. 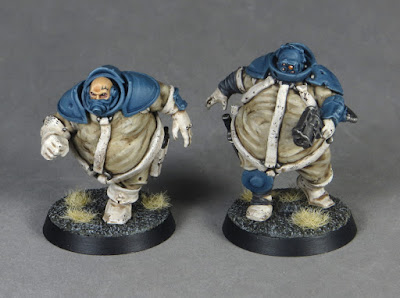 I went for white gloves, boots and straps as they seem to suggest a sci-fi setting. I might get round to making some void troopers in a similar scheme at some point. 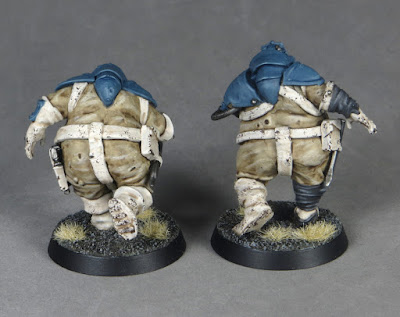 All in all, I'm pretty happy with how they look as a group - they're certainly sufficiently exotic for the part! 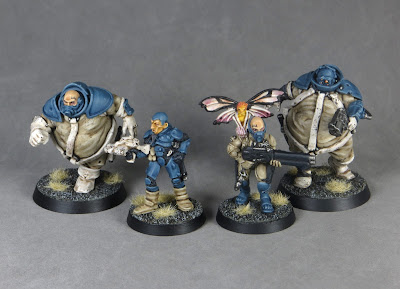