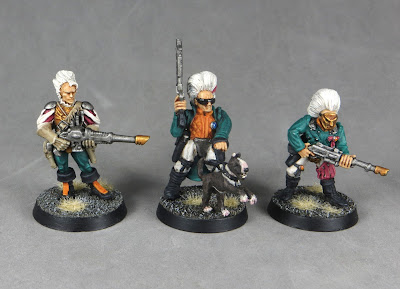 Masque Max is one of the original armless Jes Goodwin Brat sculpts. Aside from a pair of Victoria Miniatures arms and a repair to his mask's flattened nose, he's a straight up paint job in my now preferred Brat gang colours of jade green and white (with pink, orange and gold accents!). 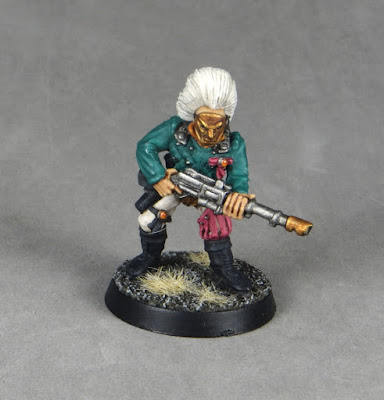 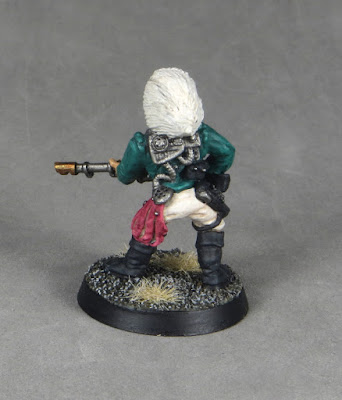 Ultra Rox carries a suspiciously sleek lasgun - in fact it's taken from a two-part plastic monopose Eldar guardian from the early 1990s. The figure is based on one of the duellists from the short-lived Empire Citizens range in the early 2000s that I wish I'd bought more of. I added some holstered pistols and sculpted the gloves and whacky hairstyle. 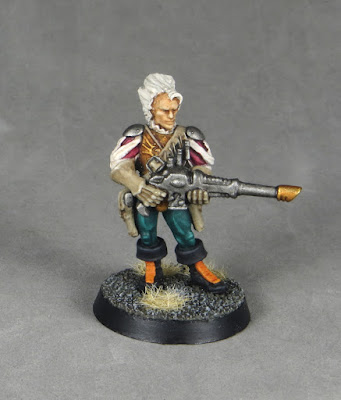 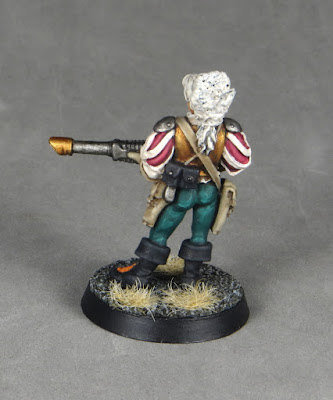 Durran Dan was converted back in 2013. I suspect the greenstuff work would be better now, but it's certainly passable for a low-level gang fighter. The figure was based on a Confrontation bounty hunter, with some work to his tunic and shorts and more Victoria Miniatures arms. I think the dog was from Farmer Maggot (the hobbit set). The lead was certainly a strip of greenstuff. 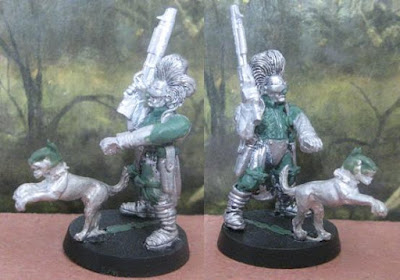 I suspect I should have painted his dog in a more exotic colour scheme, but I quite like the fact that he seems a little meaner and no-nonsense compared to some of his gang mates. 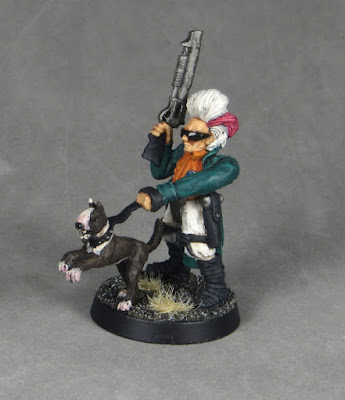 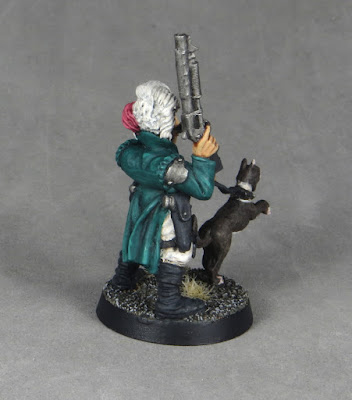 Overall, I blasted through this trio to get them table ready. I think I could go back and add some extra highlights here and there - perhaps I will. But for now they're good to go. 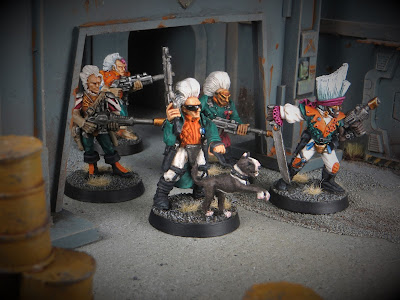 I think I have another three Brats to paint and then I can call them finished, in so far as any project is ever truly finished!
Posted by axiom at 14:57