With a week to go to Bring Out Your Lead 2019 at Wargames Foundry, I have completed all of the models I need to use in my planned games. I do still have a few pieces of terrain to make for my ash wastes racing game, one of which is a sort of VIP observation tower / commentary box.

I had nearly bought a suitable resin tower kit, but then decided that an old school approach would work equally as well. After all, it's sanctioned by the text in the Rogue Trader rulebook no less:

I rummaged in the recycling bin and pulled out a couple of dessert pots. After an hour of pretty basic work, I had a tower with a door and an upper platform on which to put my VIP racing enthusiasts.

So after the pretty basic construction, it was a quick and dirty paint job: 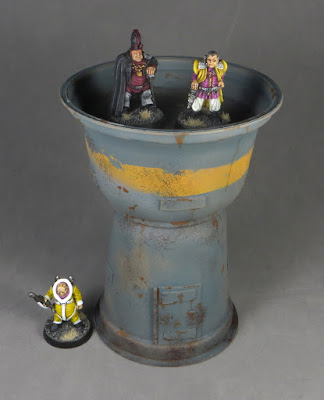 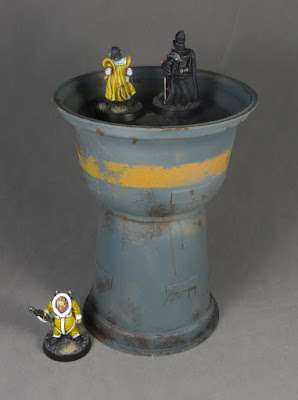 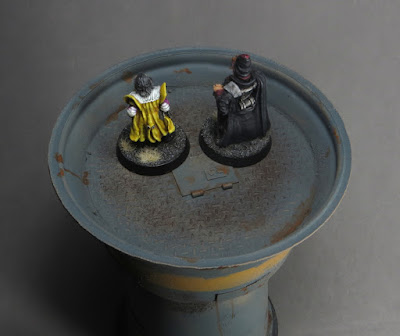 I know it won't win any prizes, but I think it suffices for the game, and it took less than 2 hours to both build and paint. Not to mention that when it's in amongst other terrain, it looks pretty cool! 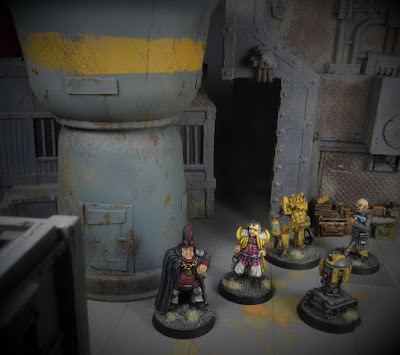