If you thought that a turtle alien or a squat were going to be the most exotic members of my deep space salvage crew, you might have been wrong! And that's because every salvage crew needs something to carry all their gear/loot, and somebody small to squeeze into all the vents and crawl spaces. So my latest additions to the crew fill these gaps. 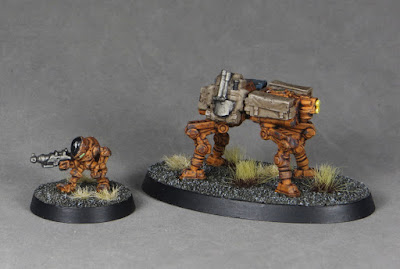 The robot baggage lugger is Anvil Industry's 'Big Dog'. He's based on the real life robot of the same name made by Boston Dynamics, but fits in nicely. The model is completely unmodified and painted up to match the rest of the crew. This was my first Anvil Industry kit, and it was a very nice clean resin cast. 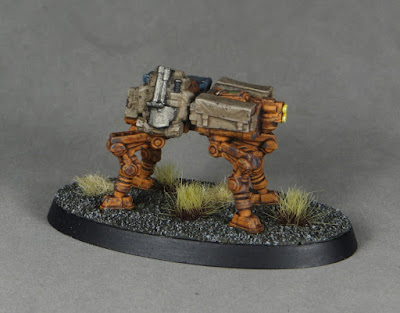 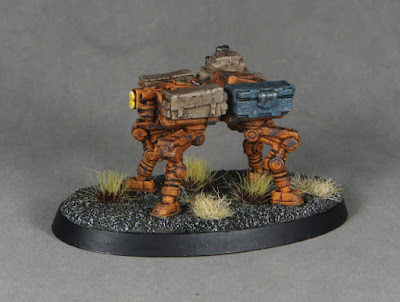 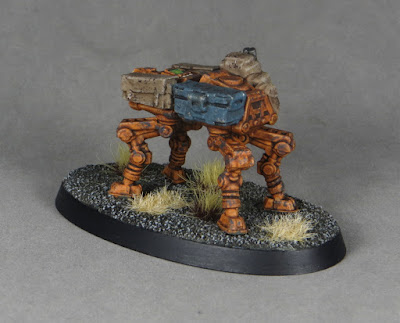 The little guy was made from an old Citadel armoured mite familiar:

I cut off his helmet spike and replaced his dagger with an old plastic Confrontation autopistol. His backpack is a spare leg thruster from the Forgeworld Thallax (the big robot in the crew). After that, I greenstuffed a new faceplace over the existing helmet, blended in the backpack, and approximated a hand around the pistol. 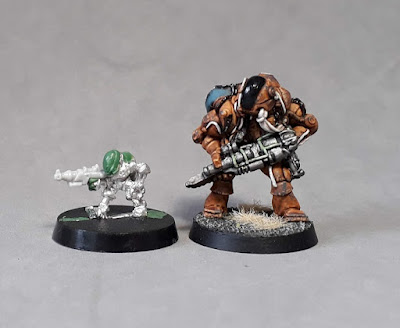 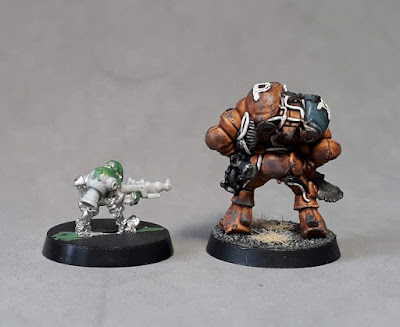 I'm pretty pleased with the 'R' on his backpack (cut in situ with a sharp craft knife), intended to evoke the 'P, A' on the LE10 power armour troopers, and the 'M' on Irn Bonce the squat. It could be 'R' for Ratling, or perhaps Rebel, or even Runt. He is probably a little on the small side even for a ratling, so could easily be a snotling under that helmet. 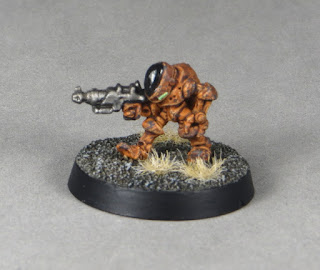 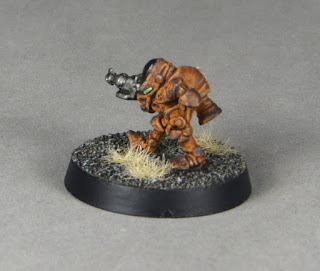 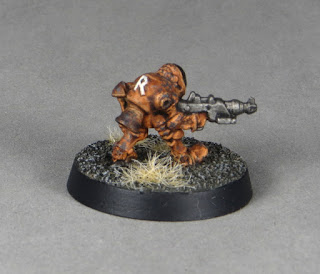 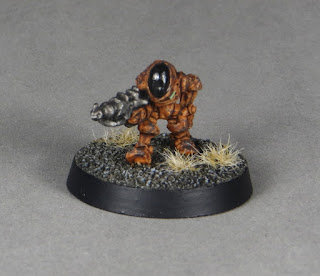 Painting wise, it's the same recipe as the rest of the crew, right down to the glossy black faceplate. I think it says a lot about my model preferences that this silly little guy is one of my favourite models I've made this year!

I have it in mind to add perhaps another one or two models to the group and then I'll draw a line under it. I wouldn't want to get distracted by thoughts of making their spaceship after all...!