Our current Necromunda campaign, 'Not another chaos uprising!' comes to a climax this week. As with previous campaigns, we will be rewarding player achievements through the awarding of trophies. Given that the theme of this campaign has been centred around a swelling of chaos cult activity, I chose to make the new trophies chaos themed. 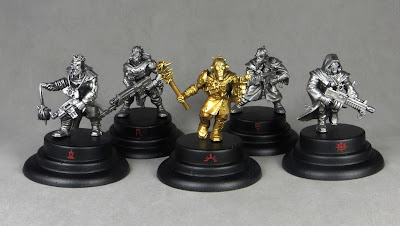 The five trophies have been made simply by pinning five plastic 40k chaos cultists to resin display bases from Model Display Products. I painted four of the models silver, with the fifth painted gold. The eagle-eyed amongst you will notice that I've added Dark Tongue chaos runes (from Realm of Chaos - Lost and the Damned) to denote the different trophies.

The trophies are going to be awarded for the following campaign triumphs:

Awarded to the player in control of the most territories. The chaos rune reads 'monolith' (the closest I could find for something territory-based!). 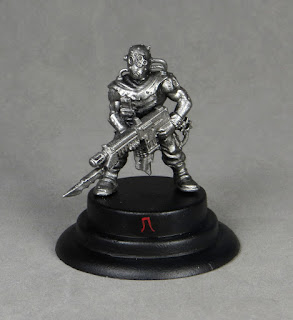 Awarded to the player who took most enemy fighters out of action across the course of the campaign. The chaos rune reads 'slain in battle'. 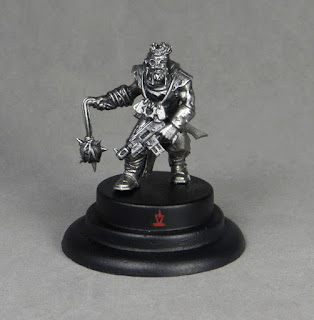 Awarded to the player with the highest gain in reputation across the campaign. The chaos rune reads 'chaos warband' - I chose this as it might be a rune also used to represent renown. 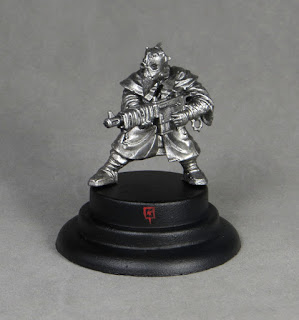 Awarded to the winner of the multi-player finale 'Chaos Uprising: Even Uprisier!. I decided just to add a chaos star to this trophy base. 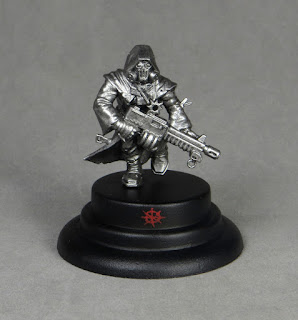 Awarded to the overall winner of the campaign (we determine our winners based overall performance, factoring in wealth, reputation, territories and enemies taken out of action). The chaos rune reads 'victory'. 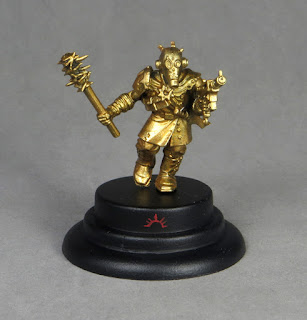 I'm looking forward to the finale this week, and of course to the next campaign which will start in April!

If you fancy reading a bit more about some of our past campaigns, a guest article I wrote went up on Warhammer Community a few weeks ago - check it out!
Posted by axiom at 11:05