It's a Long-Shot (Cultists Get Snipers Too)!

I'm really getting a kick out of my dregs and mutie cult for Necromunda, in spite of the fact that they are ranked 8th out of thirteen gangs in our campaign with a 50-50 win-loss ratio. There's something about pathetic low-lifes that really does appeal to me!

Not content with having two snipers already, I decided I wanted a third. This time I've elected to arm Sant, my new cultist, with a long-las instead of a long rifle. It lacks the range and stopping power of a long rifle, but in trade off it's a much more reliable weapon and more accurate at mid-ranges. 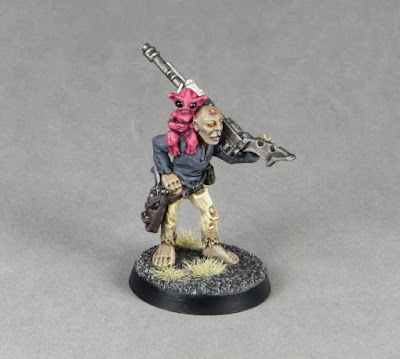 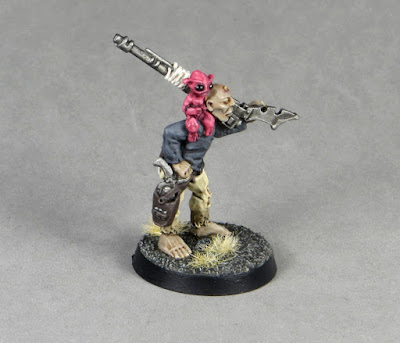 Once again I've kept the same colour palette as the rest of his crew, this time going for pink on his little shoulder pet. Some of the subtleties are a bit washed out in the photos, but I think it's close enough! 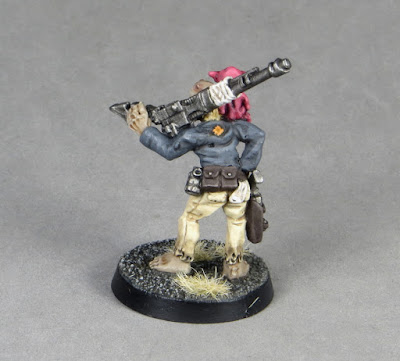 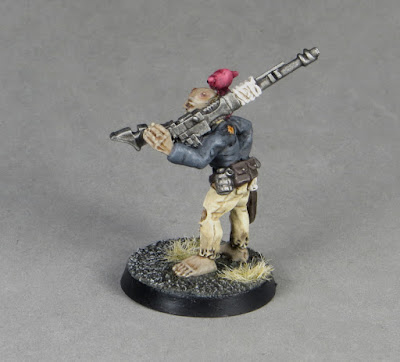 Sant has no obvious mutations, but exactly what his pet is or where it came from is a mystery. It could be a chaos imp, random Necromundan beastie, or possibly even a mutated extension of his own mind. You tell me!

The figure is a conversion of the Peasant from Citadel's Gothic Horror range. The original sculpt is actually pretty oddly posed - perhaps gesticulating mid-conversation. But he's perfect to add a shouldered rifle too!

I added a rifle from the Gorkamorka mutie weapons sprue, and a Necromunda stub gun, as well as sculpting the rather oversized holster and belt. The little creature is a 15mm alien from a range which I forget. I originally gave him teddy-bear feet, but went back and added longer legs and a hand across his belly later. 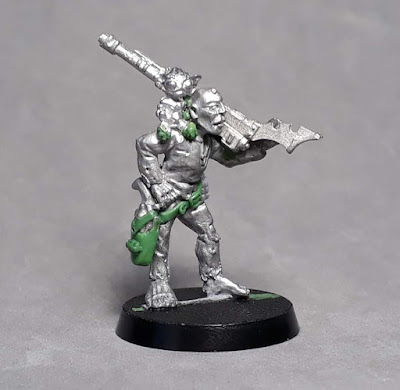 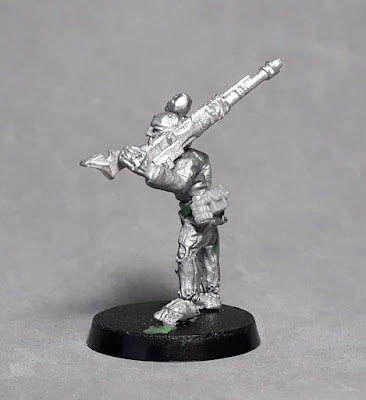 I'm never going to say never, but I now have a decent selection of 15 or so cultists to choose from for my gang, so don't think I need any more for the meantime. Unless of course I get enough creds to buy an ogryn servitor. Or a plasma gun. Or a flamer...!