The images of the Star Lane Space Pirate Girl above are from Greblord's fantastic Little Men blog. Sadly Peter Armstrong aka Greblord passed away last year, so I have borrowed a couple of images without permission. I would urge you to check out Little Men - it is a fantastic repository information and pictures of a vast number of old school miniatures.

I wanted to evoke the Star Lane Pirate Girl as closely as possible, so started with Rhora, the F3 Barbarian (and later Norse) who is clearly sculpted after Raquel Welch from the film One Million Years B.C. 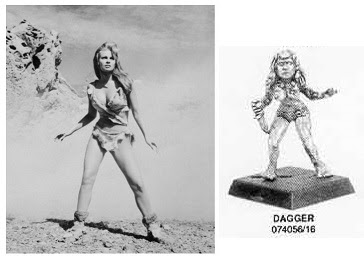 The lack of clothing was in my favour here - I could easily adapt the figure by sculpting clothes over the top (not that the Pirate Girl has too many in the first place). 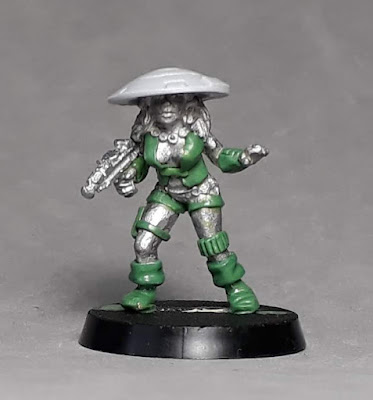 I decided to keep Rhona's pose as I wasn't really bothered about an exact match with the Pirate Girl. There was quite a lot of sculpting - boots, jacket, more modest shorts and various elements to match the Spacefarers figure. I added a suitable pistol from my bits box and was happily able to pick up the hat from the Necromunda Bounty Hunter Eyros Slagmyst. Whilst not quite as domed as the Spacefarers hat, it's close enough. 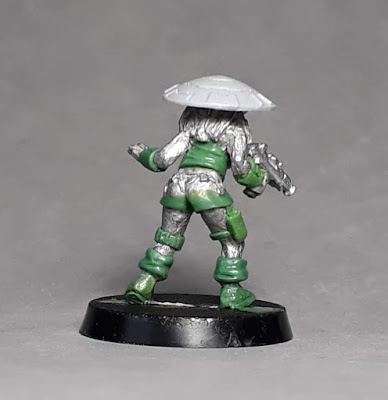 I decided to paint up Rhona (I may as well borrow her barbarian name!) in homage to Greblord's paintjob of the original Spacefarers figure. I'm pretty pleased with how the khaki and off-white work together. I suspect I would have been tempted to add in more colours, but I really like the simplicity of the scheme. 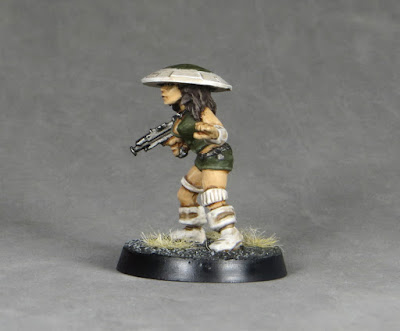 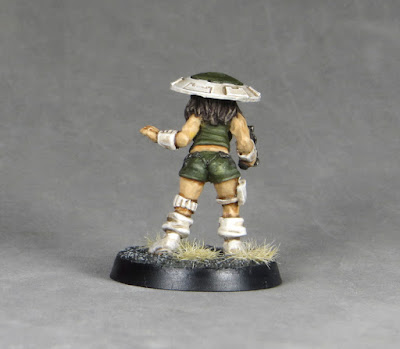 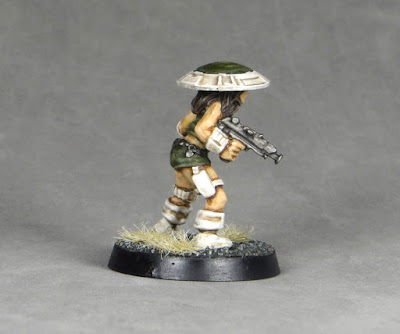 I think the resulting figure has enough of the right vibe about her to evoke the original sculpt, whilst at the same time increasing the level of detail and sculpting quality that a late 1980s 28mm figure has compared against an early 1980s 25mm one.