Another reason for my current diversion of attention into the 2000AD universe, is that there are plans afoot to play a game with Search/Destroy agents next summer.

Aside from Johnny, Wulf and the Gronk (who won't be appearing in next summer's Strontium Dog game), I wanted and needed to create my own mutant bounty hunter. Again I sought some expert advice and was provided with the following brief:


Armed with the above, I set about scouring the Citadel back catalogue in an attempt to track down a suitable base figure to turn into my SD agent. After much deliberation I settled on a rather obscure supervillain figure from Citadel's early 1980s Golden Heroes range. 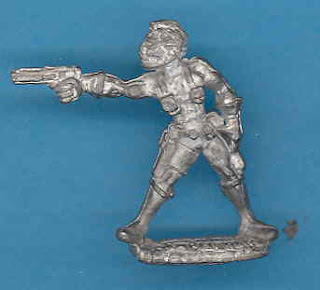 The figure had a fun pose and the right sort of gear - I reckoned with a head swap and some adaptation, he would make a decent Strontium Dog.

I removed the figure from the integral base, and separated his hand from his leg to improve the balance of the pose. He got a new head (from that old faithful, the Gorkamorka Seeker) and then a selection of different pads, pouches and other new elements, including a nice new badge. 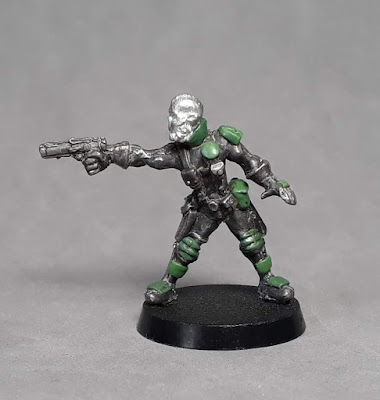 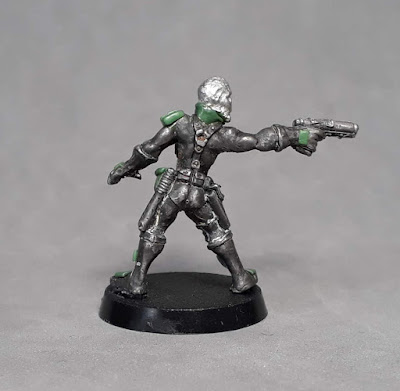 I painted up the figure to try and mimic some of the Strontium Dog artwork - bright comic-book colours and a two-tone outfit. Although it's not clear, I did paint the 'SD' symbol on his badge! 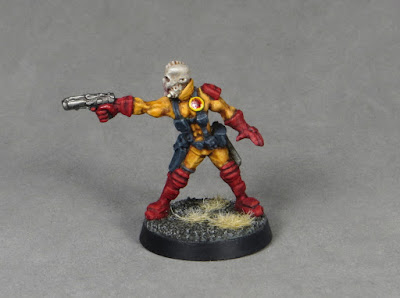 I named him Sourmouth Clancy because his shrunken, shrivelled mouth makes him look like he's been sucking on lemons - and that seemed like it would fit the 2000AD universe! 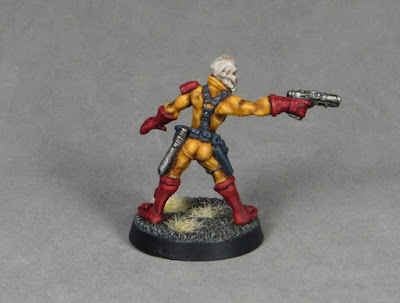 I'll certainly be going back to the Golden Heroes range to see what other figures might be worth of adaptation!