The Rites of the Hunt - Necromunda Venator Band

Back at the start of the year I was invited to create a Venator band for Necromunda. There was planned that the gang might be published in White Dwarf alongside the article on Venators in the May 2018 issue. Sadly the gang didn't get into print, although they were shown recently on Warhammer TV.

My approach to the gang was to try and recreate the look and feel of the classic Marauder Confrontation Venators - check out these wonderful painted examples by Asslessman over at Leadplague. The classic look includes hoods, masks and a prevalence of nooses - something I wanted to replicate using current plastic GW kits.

I started off by creating a 1,000 cred gang, theming weaponry and wargear choices around the idea of capturing and restraining other fighters. I also knew that I wanted to include a female Hunt Leader, and a large bulky ex-Goliath. 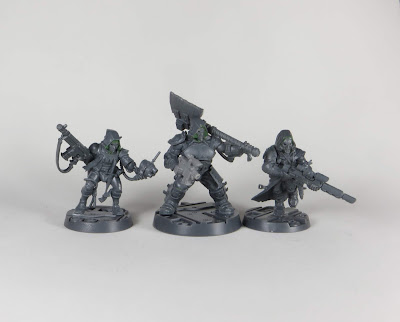 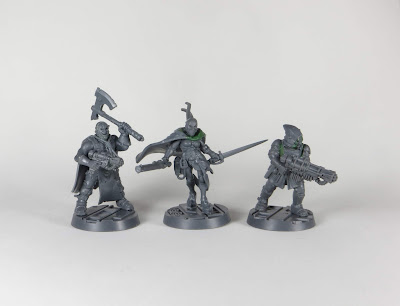 The distinctive masks and hoods were made from splicing Harlequin masks onto Adeptus Mechanicus Skitarii ranger heads. It was as fiddly as it sounds!

Aisha is made from an Escher ganger with a Harlequin head. The cloak comes from Empire outriders, and the shock baton is from the Dark Eldar range. I wanted to use pretty neutral colours - off-white, grey and brown, with khaki for the cloaks and hoods. I envisage the orange sashes and markings as the colour of the Venator lodge (perhaps other Venator bands would have a different colour?). 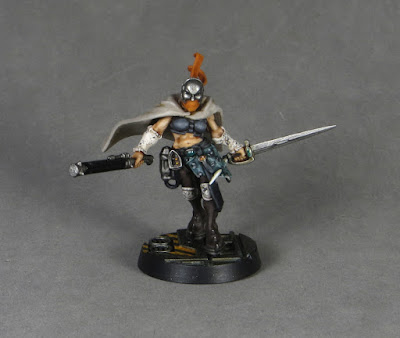 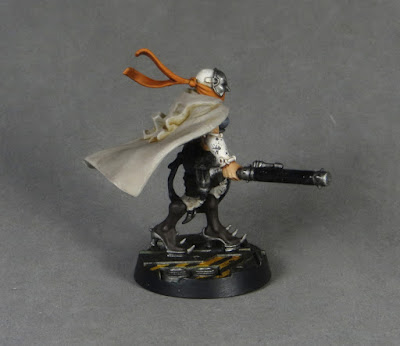 Ulgar is made from a chaos cultist heavy. I cut down his back and added another cloak from an Empire outrider, and carefully sliced the chaos mask from the front of his head to replace it with the Harlequin mask. All the masks were given a wash with a blue/brown wash and given a bright metal highlight to try and make them look more ceremonial. Ulgar's web pistol is from the Genestealer hybrid kits, and his axe is from a chaos warrior. 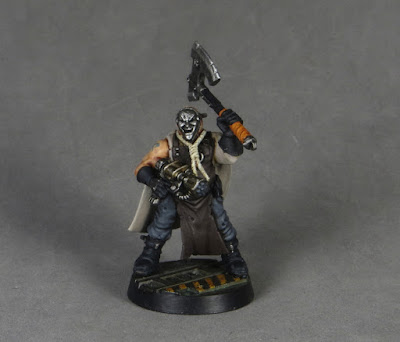 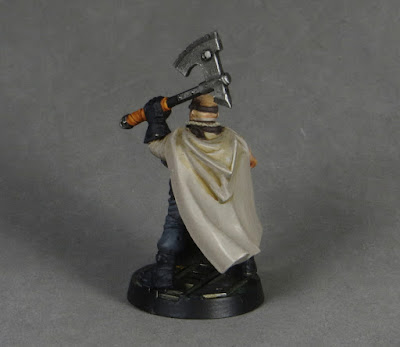 Grax is my favourite model from the group, and is essentially just a Goliath ganger with head and weapon swaps. The bolt pistol comes from a Space Marine scout, and I replaced the hammer head with an ork choppa blade to represent the renderiser. I chose the sternest Harlequin mask to fit his mean and brooding look! 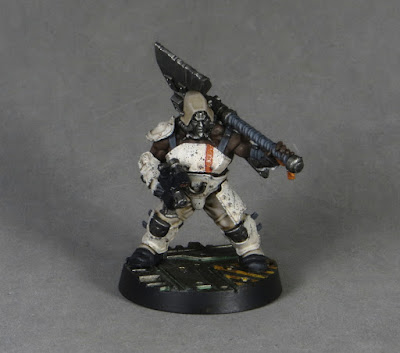 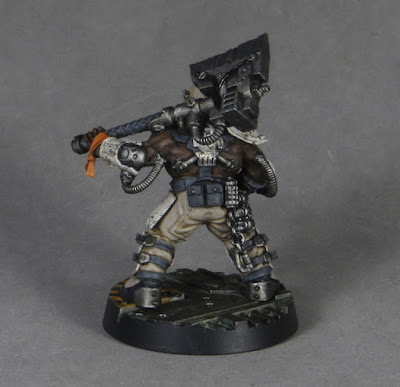 Kort came about because I wanted a Hunter with a more militaristic look. He's made from another chaos cultist. I was able to keep the hood from the original model and carved away the face to insert the Harlequin mask. The arms are from a Tempestus Scion and he also got an ork whip on his belt. 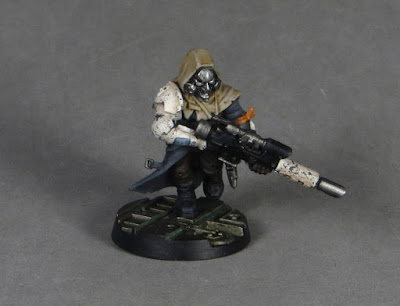 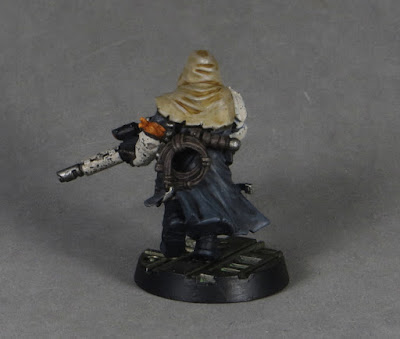 I gave Ilchak a bio-scanner to help seek out hiding quarry. The figure is made from an Empire hand gunner with replacement arms and head. She also got a noose slung from her belt as a nod to the older metal figures. 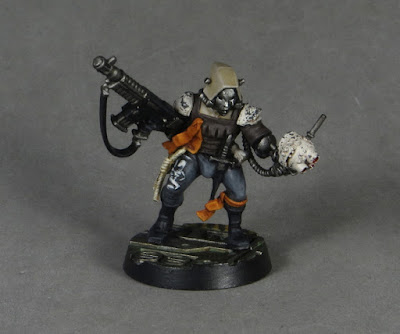 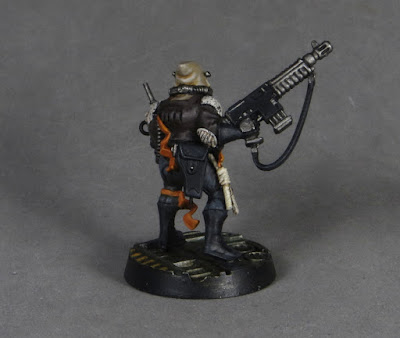 I was adamant that a Venator band should include a webber, so Corrys was built to fulfil that desire! He's built from Genestealer cultist leads and arms, with an Imperial Guard tank commander torso. 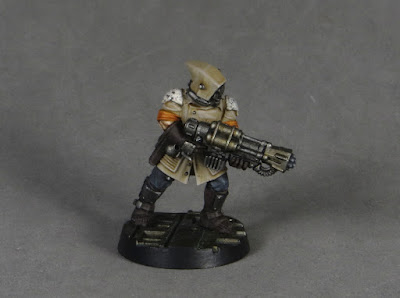 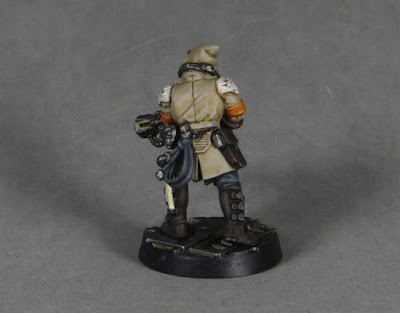 Hope you like this group! I've painted up a couple of the Marauder figures in the same scheme to increase the numbers a little. I'll get them photographed for a future post. 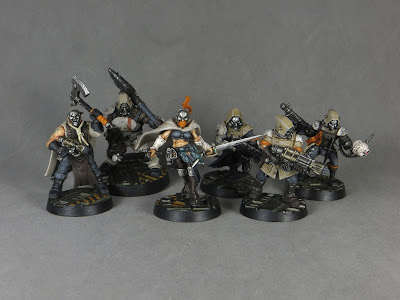