Cosmic Forces Beyond All Comprehension - Buck Rogers in the 41st Millennium 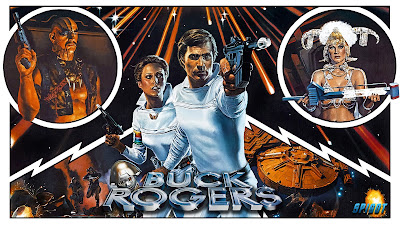 In the year 1987, at the John F. Kennedy Space Center, NASA launched the last of America's deep space probes. The payload, perched on the nose cone of the massive rocket, was a one-man exploration vessel - Ranger 3. Aboard this compact starship, a lone astronaut - Captain William "Buck" Rogers - was to experience cosmic forces beyond all comprehension. An awesome brush with death: in the blink of an eye, his life support systems were frozen by temperatures beyond imagination. Ranger 3 was blown out of its planned trajectory into an orbit a thousand times more vast, an orbit which was to return the ship full circle to his point of origin - its mother Earth - not in five months, but in 38,000 years.

I was born in the late 1970s, around about the time that the world got gripped by science fiction. Star Wars, Battlestar Galactica and Buck Rogers became fixtures of Christmas and Saturday afternoon programming and indelibly etched into my brain.

I don't know what sparked the idea to bring Buck Rogers into the 41st Millenium. I know I chatted about it with cheetor and Curis as part of the 'Choose Your Own Adventurers' project last year. I know I spent several weeks searching on eBay for a Corgi diecast starfighter to adapt. I know I earmarked the pilot from the Rogue Trader adventurers range for the project!

My starting point was one of these Corgi starfighters. The scale is a little undersized, but they are cheap and readily available. Mine didn't come complete with either Wilma or Twiki, but I didn't really need these (Twiki would have been useful I guess). I spent a LOT of time with a saw removing the safety bar between the front prongs and the wheel supports (which allow you to push it around on a floor), before filing down all the cut damage. I also removed the ratty stickers before painting it. 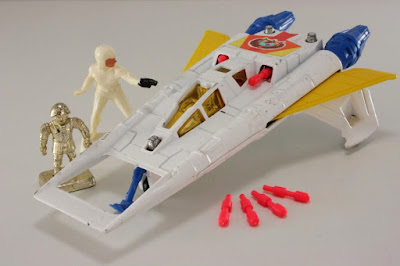 Some time passed - 6 months or so. I part painted Buck and Twiki. I put them on the shelf unfinished. Then, about 3 months before BOYL, I decided I'd use the painting competition as an excuse to get Buck and the starfighter finished. For added impact, I decided to make a display base, and got a large circular MDF base with some holes for slottabases cut. 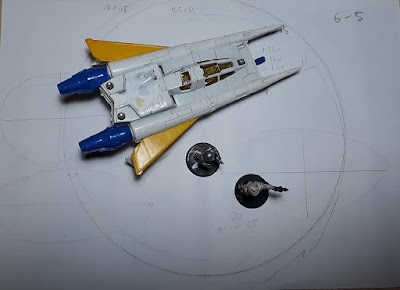 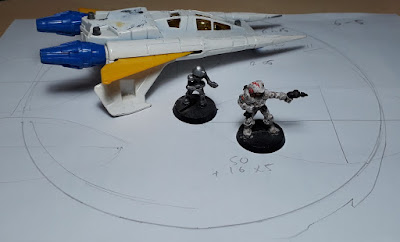 I then got to work on the scenic base, with plenty of plasticard and various details to create a hangar floor. 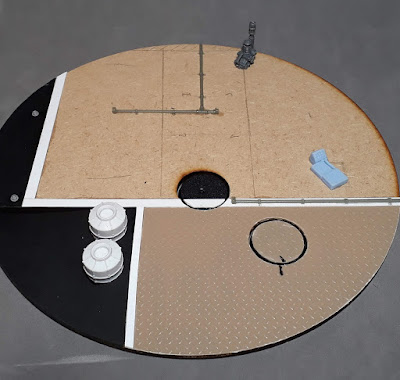 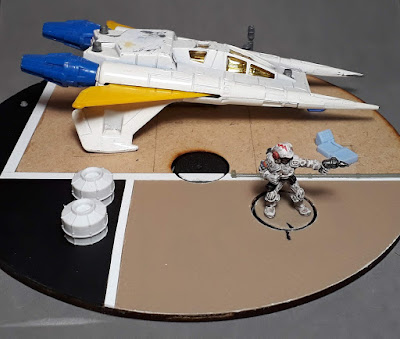 Finally, I got round to painting the whole lot!

As I mentioned earlier, Buck is one of the pilots from the Rogue Trader adventurers range. His outfit isn't too dissimilar from Buck's flight suit, and it amuses me to imagine that he's got more unkempt and dirtier the further in time he's travelled from 1989. 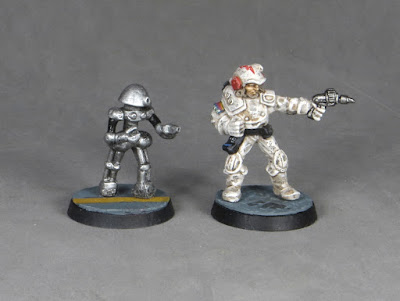 I mimicked the markings from the helmet and suit from the show (the red flash of lightning and rainbow badge).

Twiki is an old 1970s robot from Minifigs - the range is still in production, and although it's pretty crude and clunky, the domed head and size make a decent approximation. 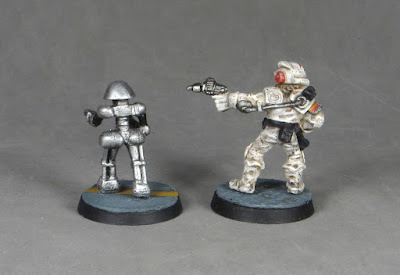 The starfighter got an off-white colour scheme, screen-accurate yellow-red markings and a bit of weathering. 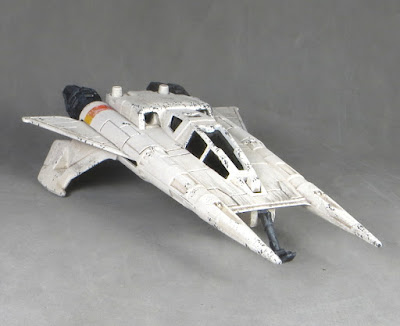 The shape of the starfighter is so iconic that it doesn't really need any more detail to bring it to life.

The final part of the jigsaw was the display base. I sprayed it grey then liberally drybrushed with lighter shades and added some staining with washes. The deck markings aren't as crisp as I'd hoped - the masking tape I used must have been a little old as there was some bleed at the edges. 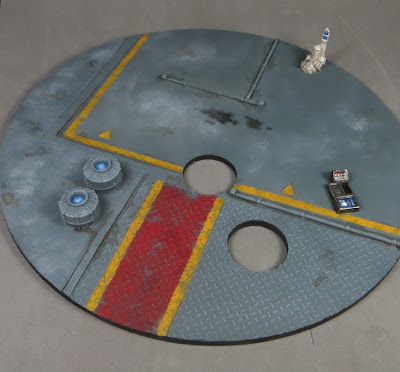 Here's the whole setup. I think it makes for a pretty eye-catching display piece. Of course all the element are separate so I can use them in games if I want to. 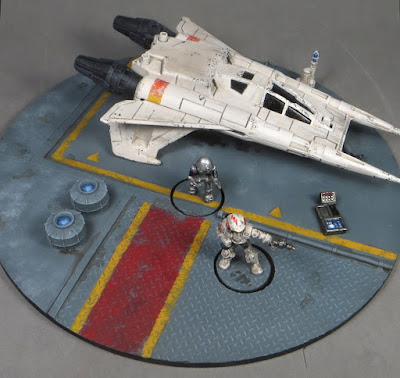 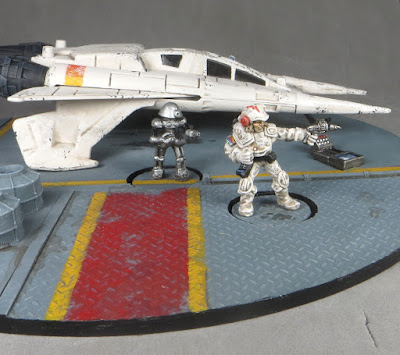 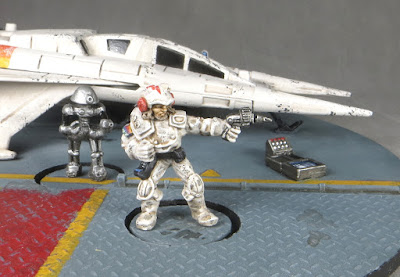 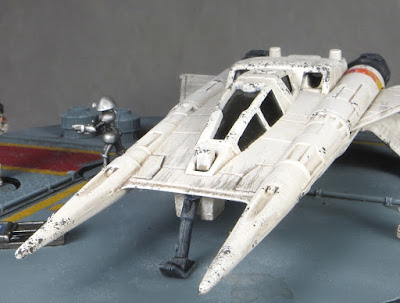 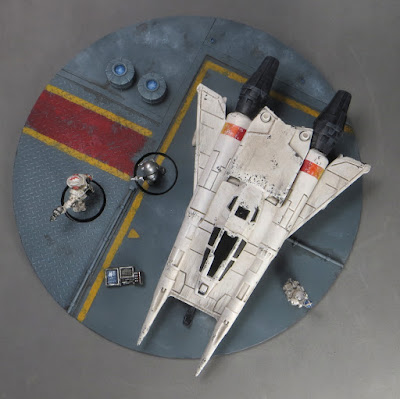 The finished piece didn't net me painting competition glory (the vehicle category was deservedly won by Curis' glorious ork spleenripper in 'go fasta' red). That said, using the competition as motivation to get a lingering WIP project finished was job done for me!